NATO is obsolete, how European defence will extinct the Atlantic dinosaur 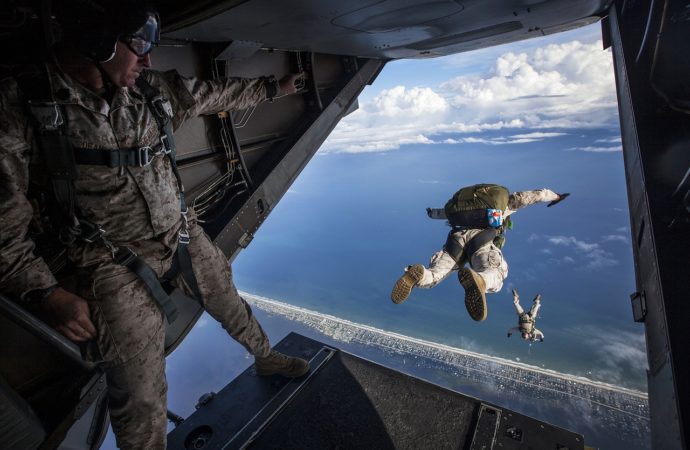 Will Europe finally step out of the Cold War shadow? The newly inaugurated NATO headquarters in Brussels sees its corridors resonating with talks on defence spending and promises of a deeper transatlantic cooperation. Such unrelenting repetition of vague pledges illustrates the shift the organisation has embraced from a military to a political role.

Meanwhile, Montenegro –  a country well advanced into EU’s accession talks –  recently achieved full NATO membership. A move that completed the organisation’s necklace around the Adriatic shores and which unleashed the wrath of Moscow. With ever diverging strategic interests and some EU members still reluctant to make the leap of faith into NATO membership, it is more than time for the EU to reconsider the military relevance of the Atlantic alliance and to embrace full defence autonomy.

The cold war is over. The current power dynamics are too complex to be reduced to a mere binary chessboard in which the EU acts as a military minor partner.  New powers are emerging and have demonstrated their ambitious agenda. The EU cannot afford to blindly pledge allegiance to an organisation which no longer represents its best interests, nor can it rely on an American administration that will not abide by European principles.  Those diverging agendas have been witnessed in the past, from the lack of consensus during the Iraq War to the mixed responses to Obama’s call for an increased military presence in Afghanistan. NATO has slowly turned into a relic. Its agenda remains for the most part politically focused, entangling Europeans into an influence struggle whose outcome they will never truly benefit.

Washington and the EU will remain natural partners. But there is room for Europeans to improve their relationships with Russia without cutting off bridges with the US.  Russia is a key economic partner for many member states on the EU’s eastern frontier and repeated sanctions against Moscow have threatened their economies. It is thus vital to alleviate the pressure on those Eastern member states. Russia is also a key strategic partner in various security crises the EU is involved in. The EU does not have to choose between the USA and the Russia and can follow its own path.

Overreliance on NATO has weakened Europeans. National armies have downsized, budgets are fragmented, and strategies are implemented without any real coordination between the defence ministries. Each member state strives to cover the whole spectrum of defence capabilities leading to costly duplicates and failing to efficiently deliver. European defence dynamics lack the consistency and interoperability to address current and upcoming challenges such as terrorism and hybrid threats.

A more autonomous European must draw from the provisions enshrined in the Articles 42 – 46 of the Lisbon Treaty. As all European member states do not share the same security needs, the Permanent Structured Cooperation must be completely activated and would act as a fitting substitute to NATO’s rigid 2% requirements.

To prevent duplicates, EU countries will need to further specialise into specific domains of defence production. These domains can be identified in line with already existing capacities. Subsequent economies of scale would lead to an integrated defence market that would enable our governments to save up to 30% of their current defence spending. The recent decisions on the post 2020 European Defence Funds are encouraging, with a development and acquisition budget up to EUR 1 billion, yet those additional funds need a clear decision framework to be rationalized.  Current EU security bodies – from the Defence Agency to the Battle Groups – must be entirely centralised under the helm of a permanent EU Defence Headquarter. This structure must see its mandate fully empowered, sharing similar status and prerogative than the External Action Service.

Europeans cannot afford to be minor partners in any alliance, which is why it must exercise its full military sovereignty. Ties with foreign powers must be practiced based on European interest only. The unrelenting stream of challenges the European are facing – and will face – far outreaches national capacities. EU members states must take full advantage of their diversity and various specialization to construct a stronger whole.  Strength in unity must remain at the core of the EU. It is the raison d’être of the EU and the only way it can address future threats.