Turmoil in Southern Philippines – next step towards the creation of a new ISIS Caliphate? 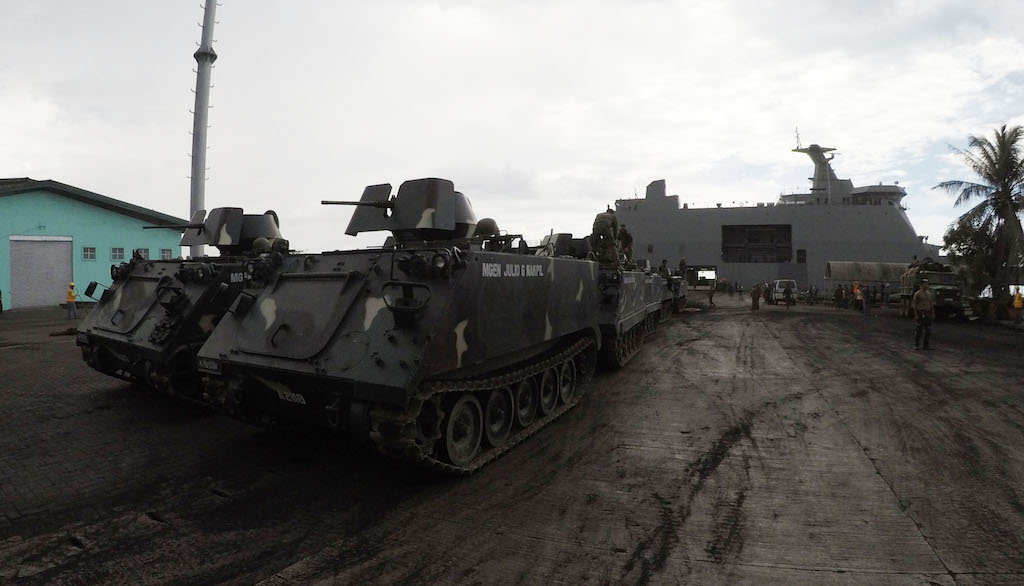 Since the 23rd of May, ISIS’s regional allies, Abu Sayyaf and Maute, have taken roots in the southern Filipino town of Marawi, despite several attempts by Manilla´s governmental forces to recapture the city. The Mindanao morass is just another milestone in a decade long conflict crippling the Southern regions of the archipelago. The growing influence of ISIS in Southeast Asia is increasingly menacing regional stability. This dramatic state of play has led to concerns about the region sheltering the next Willayah, the official provinces of ISIS. With such a threat looming on the horizon, how can regional governments develop long-term fitting responses?

For decades, Southeast Asia has been the habitat of various extremist movements with each group operating to serve its unique objectives. The arrival of ISIS has severely disrupted the former regional status quo. Aligning Muslim extremism with more global ambitions, ISIS has slowly established the concept of Jihadi franchises, developing ties between formerly unrelated groups.

Building on years of local frustrations, ISIS’s propaganda campaign has yielded unprecedented results in the region. It enabled the group to make headlines and to develop an online fanbase with various “lone wolf” followers, extolling the group’s virtues on social media in Malaysia, Indonesia and the Philippines. It also validated ISIS’s claims as a borderless state and gave formerly self-interested factions a higher purpose. In the span of a few years, ISIS succeeded where Al Qaeda had failed by presenting a unique, common objective for all the “faithful Muslims” in the region to follow. Never had an extremist religious garnered such appeal in Southeast Asia.

The recent seizing of Marawi in the southern Philippines appears to be just another attempt at consolidating a new regional Willayah. A 2014 peace agreement was reached between the government and the Moro Islamic Liberation Front. It led to the establishment of the Autonomous Region of Muslim Mindanao, but the many clauses of the agreements were never fully implemented, further fuelling Muslim grievances in the region.

Years of conflict in Mindanao have shaped the area into a fertile ground for violent extremism. Abu Sayyaf was the first movement to pledge allegiance to ISIS in the country. In 2014 its leader Isnilon Hapilon proclaimed himself Amir of the ASEAN Caliphate. The insurgency is now helmed by younger protagonists: the Maute group. The love child of Abu Sayyaf and smaller insurgent factions of Mindanao, the group’s main asset is the international background of its leaders, having studied in Cairo and Jordan. It enabled to intertwine ISIS different franchises, attracting fighters from every corner of Southeast Asia and providing overseas sources of funding. The Mautes’ potential was long undervalued by Manilla, with the government turning a blind eye to how local groups could unite under the same banner. The utter lack of a coherent policy by the authorities enabled clusters of small factions to assemble and expand their reach in the region.

While the ongoing crisis in Mindanao requires strong and rapid responses from the central government, President Duterte’s declaration of martial law along with his repeated military interventions will rather worsen the extremist violence than diminish it. Such violent reactions aim at repressing and sentencing the insurgency but will not provide any long term sustainable solution to the security threat in Southern Philippines.

Now the authorities must explore new ways to reach a so far elusive regional peace by addressing ISIS’s appeal to Southeast Asian populations. As ISIS aligns itself with modern media trends, Manilla should create suitable counter narratives to the group’s propaganda. Counter narratives must address the targeted audience and its related trigger factors. Inconsistencies in ISIS’s messages and modus operandi need to be pointed out, exposing the contradictions between the group and the core teachings of Salafism.

ISIS’s propaganda campaign revolves around the claim that it is the sole entity that can properly defend the interests of Sunni Muslims against Shia governments and Western world dominion. The group’s tendency to brand Muslims as infidels when refusing to pledge allegiance contradicts, however, the Ummah concept of Islam and the values of non-rebellion in Salafist teachings. The “ASEAN Caliphate” ambition further unravels a lack of coherence within the group as it associates the caliphate term with an acronym developed by their enemies. Despite their claim, ISIS still cannot be considered a proper state as its leaders – including Isnilon Hapilon in the Philippines – have not been elected by a religious council representing the Sunni community.

But counter narratives are not enough. To properly address the fascination with ISIS propaganda, President Duterte must be able to provide alternatives to violent extremism. This requires official support of the Muslim clergy along with grassroots initiatives. Manilla should also resume its dialogue with the Moros. President Duterte should restrain its overreliance on governmental military intervention in the region and outsource armed operations to his former enemies. Entrusting the Moro with such tasks could be agreed in exchange for finalizing the peace negotiations. Full implementation of the semi-Autonomous Region of Muslim Mindanao would also further build trust between local Muslim authorities and the central government while easing monitoring activities of potential extremist movements. Only by developing such long term good practices can Southern Philippines take the path to stability that has long eluded the region.