The Devil’s Duplicates: The trouble twins of Madagascar 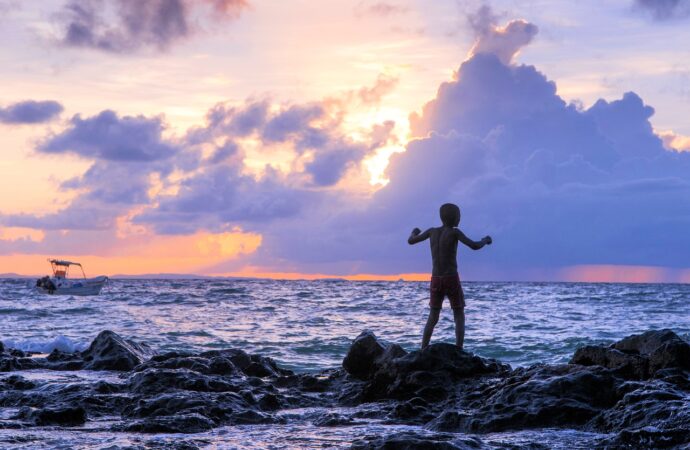 You might be surprised to learn that the village of Mananjary in Madagascar believes its twins are cursed and carry misfortune.

In the 21st century, while the world progresses, Mananjary lies deep in the clutches of this age-old tradition where twins are a malediction. When born these are abandoned and left to die. This bizarre and barbaric taboo makes the Antambahoaka tribe one of the most perplexing in the world in a place where these ancestral traditions form the core of the social structure. The Antambahoaka twins seem to be the only ones in the world to be ostracized by a community and recklessly left at birth.

The twin taboo that is stronger than the bond of a mother and child is baffling. The Antambahoaka believe that their forefathers live among them and that a dead ancestor grows stronger as time goes. Thus, venerating them by observing such traditions is the social custom. Twins are cursed and one such example is almost three centuries old. Also, a legend from Madagascar’s 1947 revolt against the French has it that a  Queen from this tribe had forgotten one of her twins while fleeing the war. When the soldiers went back to bring the child, they were all killed. The village elders blamed the failure of this revolt on her twins.

Still today, fears of being cursed by ancestors, compel mothers to abandon their twins or leave the village. One such story is the one of Carolin, mother of three sets of twins. She now lives as an outcast after her husband and family rejected them. The tribe believes in their ancestral King Raminia Rabevahoaka and trusts ancient monarchial systems. Local kings of the tribe exert authority and act as the royal guardians. Despite multiple negotiations between local authorities and the kings, this familial cultural tradition stands strong. Almost 70.7% of Madagascar’s population lives in poverty and are largely illiterate. A reason the tribe is steeped in superstitions and traditions that defy the dignity of human existence.

Twins form only 2.8% of the births in Madagascar. However, in these dark clouds, the village of Fanavela holds a silver lining. Since 1982, this village has found a way to nurture its twins. Although a superstitious practice, they offer the sacrifice of cows to appease the Gods to rid themselves of this inhumane curse. The village King also regularly invites all village children including twins, to his home.

In 2007, the Government finally came around to recognize this situation as a burning issue. The Madagascar Constitution does not prohibit torture and ill-treatment of children. Killing of children is against the national law, but this superstition still persists. The Madagascar Government is respectful of the tribe’s culture and hence does not take counter measures. Madagascar has a special law which states that parents cannot reject their children. However, the situation on the ground is complex. As customs seem to override the law. The twin separation custom is based on a historical misperception and violates the rights of children and mothers.

The issue however, is more complicated once it is also a taboo to discuss a taboo. The existing laws need to be backed by outreach efforts, especially by people from NGOs that take care of abandoned twins as – Catja Orphanage, Fanatenane. Greater engagement from individuals, families and communities at the local levels is necessary. Advocacy and capacity development will take place only when tribesmen find it safe to discuss the situation The Government can invite Human Rights Defenders and facilitators who are skilled to sensitively address the twin taboo. Any change needed in a cultural setting cannot be imposed externally, but has to come from within. For example, the Government may start a national and international media partnership/campaign to build capacity for child-friendly journalism. The youth may also be targeted by introducing programs in schools that will spread awareness about the adverse effects of this belief.

Finally, the people from Fanavela and Mananjary can come together and discuss how to address this stigma. Positive values exist in every culture and there is a clear need for communities to work together and fight these traditions. Spreading education and literacy will go miles in redressing this human subject. Will the Antambahoaka community have the political will to learn from the lessons of Fanavela and carry them even further?