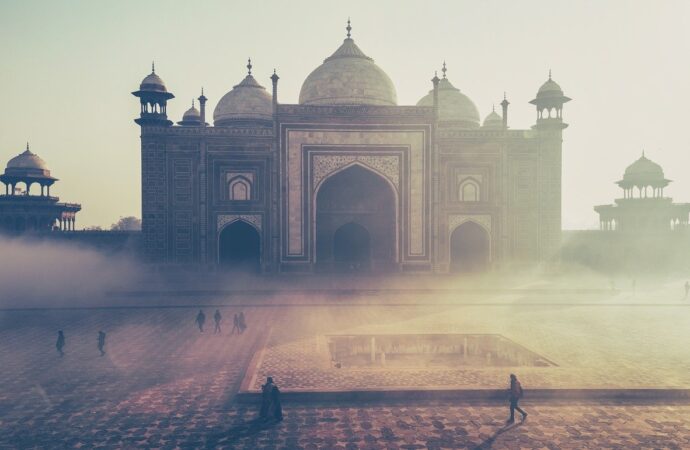 The infamous Indian Citizenship Amendment Act (CAA) that came into power on the 11th of December, 2019, has incited protests all over the country. It seeks to grant Indian citizenship to non-Muslim immigrants from three Muslim majority countries – Pakistan, Bangladesh and Afghanistan. The Indian citizens are out on the streets protesting against the Act, while the plunge into theocracy continues.

The world’s largest democracy passed a law which turns religion as a criterion for deciding who is an “illegal immigrant”. According, to the Indian Government, CAA provides protection and citizenship to Hindus, Sikhs, Buddhists, Christians, Parsis and Jains who face persecution in Pakistan, Bangladesh and Afghanistan due to their faith and who have “nowhere else to go but India”. The law by default assumes that individuals who identify themselves as Muslims cannot face persecution in Muslim-dominated countries, and also excludes all Muslim immigrants along with other minority sects like, Shias, Ahmadiyas and Rohingyas in Pakistan, Bangladesh and Afghanistan from seeking Indian citizenship. The looming threat of imprisonment for having entered India illegally, concerns over citizenship, and the direction that the Indian Government is taking, has left the 200 million Muslims in India deeply disturbed.

India is seized by  growing mass protests and public outrage. Over eighteen people have been killed, 750 have been detained, and over 5,400 have been arrested. The protests were initiated by the youth living in urban areas. The fury amongst the citizens seems to be rising and becoming more widespread. Starting with the northeastern state of Assam, the unrest spread to other parts. The state of Uttar Pradesh sustained maximum casualties. Officials have also tried to limit demonstrations by invoking Section 144 – a British colonial law barring public gatherings of more than four people. The government cracked down on media, directing television stations to not broadcast news that might worsen the existing conditions. Internet has also been shut down in Uttar Pradesh and Assam as well as the capital New Delhi. CAA had adverse impacts on foreign relations as Israel, Canada, Singapore and the UK have advised their citizens to not travel to India in the midst of the outrage.

The citizenship law somehow underscores the fact that India seems to be walking in the footsteps of its neighbor, Pakistan, an Islamic theocracy. The fine line of distinction is the fact that Pakistan was created on the basis of religion, while India, on secularism. The Act should be seen as part of the governing Bharatiya Janata Party’s (BJP) political agenda – conversion of India into a “Hindu homeland”. Legal experts argue that the law singles out Muslims in an officially secular nation constituting 1.3 billion people. 15 percent of the populations are Muslims, who are gripped by a fear that this law is aimed at marginalizing them. Hence it fundamentally alters the civil character of India.

Universities are turning into warzones while India is advancing relentlessly towards setting an example of intolerance to the entire world. Three sperate incidents of firing at protestors have been reported in the capital. The Government is determined to proceed amidst words of caution from external observers, who say that these policies could lead to a “massive human disaster”. It has the potential to render tens and thousands of Muslims refugees stateless. These stateless people might find themselves incarcerated or would probably have to flee to neighboring countries like Bangladesh, which is already struggling with a refugee crisis. United Nations Human Rights Chief has called this law “fundamentally discriminating” as it does not provide protection to Muslims and minority sects. India is party to the International Covenant on Civil and Political Rights and Convention for the Elimination of Racial Discrimination, which prohibit discrimination based on racial, ethnic or religious grounds. Laws should uphold human rights of all migrants irrespective of their religion. The Seattle City Council, one of the most powerful Councils in the U.S. passed a resolution against this Act along with National register of Citizens (NRC). The Council found these policies to be discriminatory against Muslims, oppressed castes, women, LGBT and indigenous people.

The government’s effort to “Hinduize” India, goes against the very idea of Hinduism preaches  – the idea of “Vasudeva Kutumbakam” which means “the world is one family”. It is clear that the actual aim of the CAA is not to define “illegal immigrants” and decide who is eligible for citizenship, but to further communalize and sharpen divisions on the basis of religion. The aim is to attack the unity and solidarity of the people. Increasing dissatisfaction amongst citizens is never a sign of responsible governance. When the Indian economy is weakening, farmers are committing suicides, unemployment is growing, prices are rising, India does not need another problem. The Act should be amended to include Muslims and other minority sects or be repealed altogether. India’s secular image is hurting as is, its liberal and tolerant society.