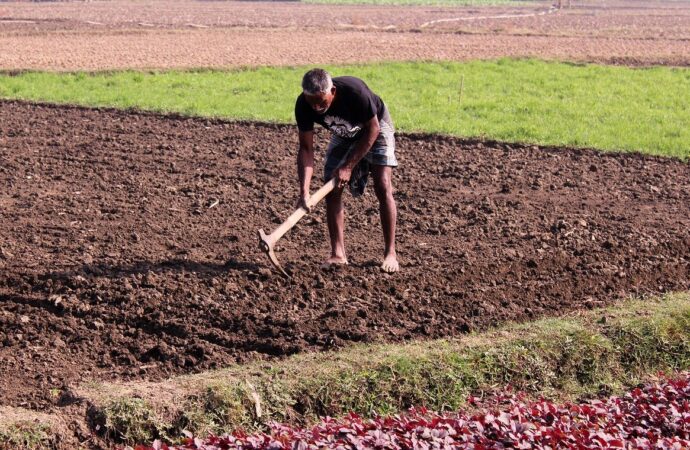 Migrant workers are often employed in seasonal jobs in the European farming sector. These frequently rely on workers from Eastern Europe or on undocumented migrants from developing countries.  Conditions are far from optimal as cases of physical and sexual abuse , human trafficking, and work exploitation have been reported. Subcontractors have also been accused of underpayment and of illicit economic practices.

In the context of the COVID-19 pandemic, some seasonal workers were kept away by fear of the virus and therefore left without income options. Others risked being infected and continued working under pressure without protection, masks or gloves, with limited sanitation or access to water, and in dire housing conditions. In spite of the travel restrictions, German farms actively lobbied the government and consequently, seasonal fruit and vegetable pickers from Eastern Europe travelled to Western European countries overcrowded in buses. In the context of the pandemic, national and European authorities gave greater importance to the Western European food supplies and „business as usual’ than to the health and safety of migrant workers.  The result was the infection of hundreds of seasonal workers and the creation of several COVID-19 clusters – highly contagious occupational settings of workers in close physical proximity in German, Spanish, and UK farms.

The pandemic and the economic recession following the global health crisis have worsened the precarious status of Eastern European seasonal workers. Furthermore, seasonal work will likely become a more widespread practice since many businesses will prefer to hire on a temporary basis those accepting hard working conditions with minimal benefits and low remuneration.

As the pandemic led to the suspension or cancellation of work contracts, many Eastern European citizens are left without options other than accepting unjust and precarious working arrangements abroad.

On the positive side, this pandemic situation has given more visibility to the vulnerable condition of Eastern European seasonal workers. On June 19, the European Parliament passed a resolution calling for action to safeguard the health of seasonal workers. Also, the European Commission has published a set of guidelines to ensure their protection in the context of the pandemic.

However, despite these initiatives, the situation remains difficult and ambiguous. The European Union should take more action in what regards labour aspects in subsidized sectors such as farming. At this moment, labour conditions are not part of conditionalities, nor monitored during and after receiving European agricultural subsidies. Simultaneously, bilateral agreements between European countries for just working conditions of migrants is essential. Universal access to public health and sanitation would allow the most vulnerable groups to cope with the ongoing health crisis. Furthermore, the implementation of a universal basic income would safeguard migrant workers’ health and security, instead of putting them in a position where they need to sacrifice these for temporary precarious working arrangements.

Even if often invisible, seasonal workers are a fundamental part of the European food supply. Their importance, contribution, and rights should not be undermined and the EU has to take a crucial and leading role in their protection!