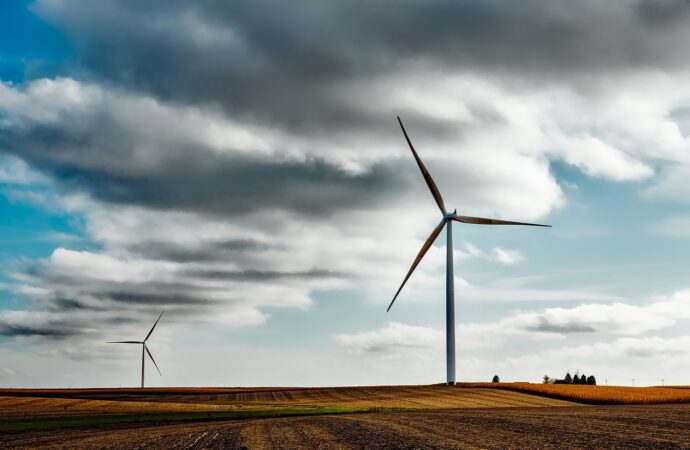 The EU Member States invest in renewables while trying to meet common targets. The Union pursues to stay in the lead by succeeding in the energy domain. Ambitious?

In 2009, the European Union passed the Renewable Energy Directive, according to which, the Union is committed to fulfill at least 20% of its total energy needs with renewables by 2020. The term “renewables” refers to all types of energy that are produced by non-finite resources. In other words, their source is not depleted when used. Such types are –among others- wind, solar and hydro but also tidal and geothermal.

Almost half of the EU Member States are close to or have already met their national targets. They have been defined by the aforementioned Renewable Energy Directive and have been specified based on each country’s starting point and overall potential for renewables. That is why there is a wide range from 49% in Sweden to just 10% in Malta. However, there has been a progressive slow-down in the pace of renewable energy use and some countries seem to be left very far from their initial objectives. Besides, doing well at a certain domain doesn’t automatically lead to a good national performance. The Netherlands isa good example as all of its trains may run on wind and other renewables but the country keeps holding the lowest scores on the overall picture mainly due to its high dependence on fossil fuels.

Meeting the goals would have a tremendous impact on the EU’s future. To begin, it would lower the European dependence on imported fossil fuels and finite energy sources in general. Renewables are linked to a more sustainable energy production since they generate fewer pollutants compared to fossil fuels. Reducing the level of harmful greenhouse gas emissions is inextricably linked to the European Agenda 2020 and also, the Paris Agreement. In terms of employment, around 1.2 million people were working in the renewable sector in 2017 and it is expected that the rates will increase along with the need for more research and innovative development. Improved technologies will lead to better results not only with regards to the installation and maintenance costs, but also the productivity level and the renewable energy use by bigger parts of the population.

Renewables have numerous benefits as long as they are supported by adequate installations for a systematic and effective energy use. As said, they are cost-efficient compared to fossil fuels and support the creation of new jobs. Additionally, fewer pollutants lead to a healthier atmosphere. The benefits are positive both for restoring the local ecosystem and improving human health. It’s proven that fossil fuels are linked to respiratory and cardiac issues and that cleaner air is one of the main remedies.

On the other hand, some renewables depend on the local weather conditions (which is an unpredictable factor) and the landscape. For example, there are days without enough wind for generating power and steep mountains are not suitable for solar installations. Therefore, there is a high need for storing an amount of energy, which can be harmful for the environment due to the battery’s chemical components. Finally, proper management can help overcome the Not-In-My-Back-Yard issue. According to this, many people stand against such installations because they consider them as a burden that strains other activities which could be more beneficial to the local income.

Overall though, it seems that renewables have more positives than negatives and need to become the norm. The EU is already working on reducing any adverse impacts.

The numbers show that…

It’s a fact that the energy domain is changing towards renewables. Fossil fuels are gradually taking a step back and leave the lead to eco-friendlier means. The European Union chose to be an active player in this transition and even though there are difficulties along the way, all member-states work towards the same direction, that of establishing a new and efficient energy system. Is it achievable? In 2017 renewable energy represented 17.5% of energy consumption in the EU. It is remarkable to note that the Union increased its renewable energy production by two thirds in only a decade (2007-2017). Based on the data provided by Eurostat, it seems very likely to achieve the 20% goal by 2020. However, the differences between the Member States remain. While 11 countries already meet their national 2020 targets, the Netherlands, France and Ireland are left far behind. Unless they take urgent measures, their performance will remain low. Certainly, it is unlikely to reach their goals one year before the deadline, but it would be definitely a positive step to improve their renewable energy use.

The European Union plays a crucial role in the world as a powerful actor and leader. Achieving the 2020 goals as well as meeting the commitments of the Paris Agreement will upgrade the EU’s status worldwide as the entity whose parts worked altogether in pursuit of achieving significant levels of renewable energy share. The Union will act as a paradigm to more governments and actors in taking real and effective measures.

Exploring ways for increasing and improving the renewable energy use should not stop in 2020. The countries should focus further on this domain in the following decades and design the next steps together. It’s necessary to invest in such coalitions and support collaborations and knowledge exchange at a regional and even global level. Serious changes cannot success without partners and the European Union is well aware of that since the establishment of its own identity.