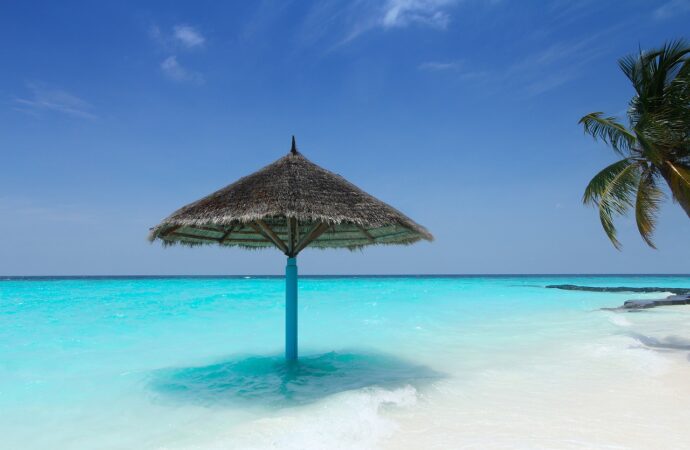 Maldives is now the poster-child for the consequences of climate change. Global warming will almost certainly lead to the demise of these islands which are predicted to submerge in thirty years’ time. Disappearing into the rising sea, it will become the first country having to relocate all its population as refugees due to global climate change.

While Maldives is almost about to hit its tipping point, the 449,365 Maldivians will have no choice but to travel away and find new homes. The Government considered Australia, India and Sri Lanka as countries of relocation, back in 2008. However, since the Presidency changed, Maldives is determined to stay put and resist climate change. The people are now faced with an extremely challenging psychological reality – they come from an island on which their grandchildren will never live or know the roots of. Adding to this gloom, the tombs of their grandparents will soon be swallowed by the sea. This damage is enough to render the place as an unfulfilling and unsustainable place to live in. Currently, there is no real change in levels of emissions to save the islands from disappearing. Combining past emission levels, there will be a 3°C rise in the world’s temperature which is enough to sink the islands. Relocation of people due to climate change is not unprecedented. But, as said, this would be the first time that an entire country would relocate due to being built on land that will no longer exist…

Rising sea levels are an effect of top emitting nations, which release exorbitant amounts of Carbon dioxide into the atmosphere. Both the atmosphere and the oceans are increasingly absorbing carbon. This process leads to ocean acidification, which is accompanied by a plethora of negative effects. The Maldives heavily depends on fishing as a main source of occupation. Due to climate change those dependent on that sector now have a low-quality life. Temperature change looms as a threat, making the area prone to natural disasters and physically dangerous to inhabit. The majority of its islands are less than  one or two meters above sea level. And similarly to many other South Asian and oceanic archipelagos, the island’s topography is being decomposed by high surface erosion and sea levels.

Maldives is and will be the perfect example to illustrate the link between climate change, human rights and migration. Unless, policymakers understand migration as a climate change adaptation option and pay attention to related development issues every effort is destined to fail. Thus, it is essential to understand human choices of migration in this process as well, namely what migrating implies in such a scenario and with the limited resources available to adapt.

While some say that this issue is a hoax, a report in October, 2018 of the Intergovernmental Panel on Climate Change has confirmed that Kiribati, the Maldives, Tuvalu and Marshall islands are about to sink. Thus, it is time to act and not speculate. The Maldives came up with a monitoring plan to unite all countries in presenting solutions at the UN Climate talks in December 2018. The Former President Mohamed Nasheed stated the urgent need to implement the Paris Agreement’s call for keeping global warming than 1.5 degrees Celsius (2.7 Fahrenheit). The country’s appeal was – “We don’t think we are asking for much. We are just only saying: Please do not kill us.”

It should be every country’s resolution to come up with immediate actions in regards to the trauma that every Maldivian will be witnessing. An option could be requiring larger emitting nations to pool-in funds to support relocation to new places. Another plausible recommendation could be for these countries to accept refugees from Maldives into their nations, basing it on the amount of carbon they emit. Finally, both options can be combined together with serious commitment to lower emissions, otherwise a greater catastrophe loom above us all. The entire world is to be blamed and in this case the country itself does not have a significant contribution to the issue. For this reason, Maldivians should be granted a special refugee status. This is an environmental disaster accompanied by slander, apathy and human destruction. If we do not mend our apathetic ways, the Maldives will be the first in a series of human based ecological atrocities that will affect the entire world.