The dilemma of oil and biodiversity on Azerbaijan’s Absheron Peninsula 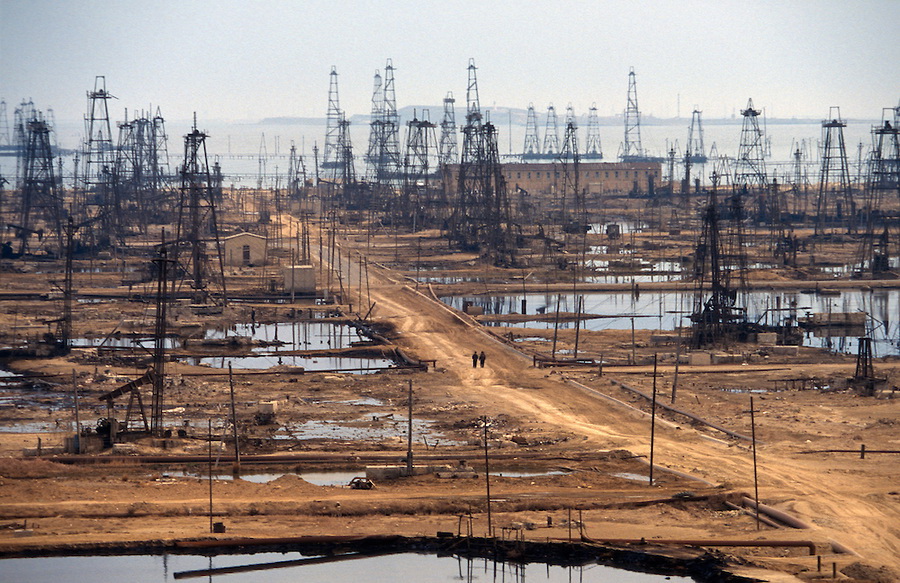 Azerbaijan is one of the major oil and gas producers in the Southern Caucasus region, which is putting the preservation of biodiversity of the Caspian Sea at great risk.

The Caspian Sea holds a unique biological diversity. The conservation and protection of these resources should be of high significance to the nations bordering the Sea, and in particular to Azerbaijan. In accordance with regional and international agreements and conventions, the government of Azerbaijan should take more environmentally protective measures: impose strict regulations on oil companies and cooperate with countries sharing the Sea.

Researchers estimate the total number of species in the Caspian Sea region to be between 1,800 and 2,000, including extremely rare plants and animals. Considering such unique biodiversity, experts are concerned about the survival of many species populating the habitat and worry about the sustainability of this precious environment.

They have every reason to be concerned. Azerbaijan is one of the major oil and gas producers in the Southern Caucasus region. It’s economy is highly dependent on the revenues from sale of oil and gas, which comes at a cost: pollution. According to 2012 World Bank report, almost 1/6 of the Absheron Peninsula, home of the capital Baku, is contaminated as a result of 150 years oil production. Pollution has badly affected the Caspian Sea water and is a serious threat to humans too.

Another major threat to sustainability of its biodiversity is untreated sewage. According to a 2000 report by Caspian Environment Program (CEP), Azerbaijan discharges 169 million m³ of raw sewage and 240 million m³ of treated sewage into the Caspian Sea every year. Baku alone is responsible for 80% of the discharge. But the city has only one major water treatment plant, which is treating only 50% of the discharged wastewater. The remaining sewage flows untreated into the Sea, negatively affecting the habitat, biodiversity and public health.

To conserve its biodiversity the government of Azerbaijan has assessed and identified those ecosystems with the richest diversity, using the Ecoregion Conservation Plan for the Caucasus (ECPC) and The National Caspian Action Plan (NCAP). It is now in the process of implementing the so-called Strategic Plan for Biodiversity to reach the Aichi Biodiversity Targets in 2020.

One of the 5 Aichi Strategic Goals is to “address the underlying causes of biodiversity loss”. To this end, not only the oil infrastructure needs modernizing, for example, to prevent damaging oil spills. Other waste producing industries, too, are in want of strict regulation. Overfishing needs to be addressed. What is more, Azerbaijan must find ways of cooperation with countries sharing the Caspian Sea: Iran, Russia, Kazakhstan and Turkmenistan. These are but few measures the government must consider to assure the sustainability of its unique aquatic and terrestrial biological diversity.