Does the EU ensure high level health protection for all? 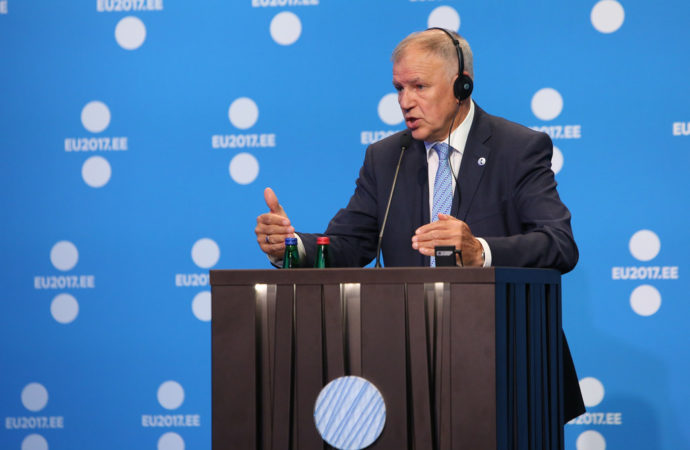 As much as Andriukaitis’ speech radiates optimism and progressiveness, there are at least two major problems with EU’s health policy on chronic diseases.

Earlier this year, Commissioner for Health, Vytenis Andriukaitis, gave a fervent speech during a conference dedicated to progressing towards better prevention and management of chronic diseases. Upon stating that chronic diseases take up 80% of European healthcare budget, he stressed the importance of integrating health to all policies, be it educational, fiscal, or social. In line with Article 168, Paragraph 2 TFEU, Andriukaitis reiterated EU’s commitment in assisting Member States with implementation of national strategies and deepening current national cooperation, not least through a cash infusion in the amount of 7.5 Mio Euro. He then reiterated the three-point model, roughly consisting of risk factor reduction, increased monitoring and Member States cooperation. As much as Andriukaitis’ speech radiates optimism and progressiveness, there are at least two major problems with EU’s health policy on chronic diseases.

First, while his dedication to tackle issues related to chronic illness is commendable, the proposed ideas are hardly novel. In fact, they have continuously been mentioned at summit meetings for over a decade and several policy instruments on health, including the Communication on Reducing Health Inequalities, have implemented these ideas, with initiatives such as the EU Health Strategy “Together for Health”. Based on the echoing of calls to adhere to these strategies, one has to wonder if they are conductive to achieving health goals in the first place. It is true that the EU’s power in legislating on healthcare is limited to a supporting role. However, instead of repeating key concerns regarding chronic diseases at summits, conferences and policy forums, the community has to use its entire means to actually enable pathways toward their proposed healthcare goals; otherwise terms like patient empowerment become just empty words.

Second, it is clear from the work done so far that certain chronic illnesses enjoy higher attention than others, begging the question of a potential discriminatory attitude toward sufferers of less acknowledged chronic illnesses.To give an example, cancer is addressed on EU level through a highly sophisticated set of policies establishing research centres and expert groups, next to joint actions and initiatives between Member States in order to improve access to screenings and latest treatments. Lupus on the other hand is predominately addressed through the charity Lupus Europe, which doubles as an umbrella association of national self-help organisations, their goals limited to promotion of the illness at conventions.

Similarly, Lyme disease is superficially represented in the European Centre for Disease Prevention and Control through an outdated information portal that provides little to none valuable resources for medical professionals and patients.

One big reason why these and other debilitating chronic diseases don’t receive equal amounts of attention on EU level is linked to their unfortunate controversial nature. This situation has much to do with gaps in medical research, enabled due to unreliable diagnostic tools, dated social and medical construction of illness and the polarization of stakeholders by greed and power.

The EU, by failing to take a strong stance to protect the sufferers, is effectively siding with disgraceful policy makers, with ties to insurance providers and pharmaceutical companies that deny patients coverage and access to proper treatment. Thereby, it is facilitating flagrant corruption and continued blinding of society on the dangers of these diseases, for which patients pay dearly and which stands in stark contrast with its commitment to protect human health, as stated in the Treaty.

Instead of justifying its passive attitude by citing lacking evidence that these illnesses deserve as much, if not more attention as diabetes or caner, the EU should provide incentives for Member States to step up monitoring of data and implement pilot projects aimed at closing knowledge gaps and harmonizing the current scattered information and approaches to treatments.  The resulting effects of living with an underrecognized chronic invisible illnesses, which include poor legal recourse chances in cases of workplace discrimination, should also not be neglected.

Unfortunately, many, if not all sufferers of chronic illnesses experience some form of discrimination at some point, be it in a social setting, or at work. But if one has a lesser-understood illness, such as fibromyalgia, the discrimination becomes rampant. In addition, sheer lack of access to adequate legal, medical and social pathways can quickly result in health decay, unemployment and poverty.

Despite much progress thanks to EU initiatives, as a community, we still have a long way to go in terms of breaking down barriers that restrict disabled and chronically ill people from enjoying the same standards of equality.

At the same time, an redefinition of disability and chronic illness is overdue, so as to include those who suffer in silence under the impacts of misdiagnosis, lack of treatment and persistent stigmatization.

Awareness-raising of so-called chronic invisible illnesses is only one part of the solution. In order to efficiently address rising numbers of chronically ill people, patients should be given a platform to make their voices heard outside self-help groups and EU Officials need to listen, in order to regulate on healthcare appropriately. Finally, working toward information harmonization and innovative research means prioritizing the allocation of funds and creation of expert groups that tackle data monitoring, prevention methods, invention of reliable diagnostic tools, development of accurate tests and treatments, to name a few.
While engaging stakeholders in promoting such initiatives for what they believe are controversial illnesses is a demanding task, one has to remember that public health is at stake, as is the risk of financial crisis and slowed economic development.

This is why the EU – supported by stakeholders, NGOs, patient groups and healthcare providers – needs to step up to provide an example of good practice aimed at long-term plans to address all chronic illnesses in equitable manners.