Green must be the new black 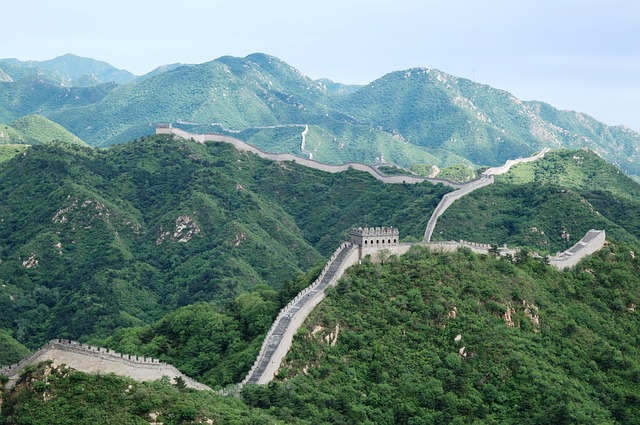 In 2013 Chinese Government unveiled an ambitious plan to revive the Silk Road, connecting Asia and Europe, through a colossal infrastructure network. The 900$bn plan will affect more than 65 countries – representing around 30% of world’s GDP and almost 65% of world’s population.

Given its scope and spread, it is likely to be a milestone event for international trade and, possibly, promote a new wave of globalization. Many announcements have been made on its green and environmental standards, but whether it is going to foster real sustainable trade and growth or the opposite, it still raises more than a few serious concerns

Through the Belt and Road Initiative China aims to build highways, railroads, ports, power plants linking the country with Eurasian neighbours, Africa, Southeast Asia and Europe. The negative impacts on the environment will be undeniable not only as the projects are carried out and the infrastructures built. Creating new capacity and developing the present one will result in increased raw materials and energy demand and usage. The way the plan is carried out will significantly influence the way infrastructures and trade develop in relation with the environment. Chinese President Xi Jinping repeatedly called for a “green, healthy, intelligent” Belt and Road Initiative. In May 2017 China’s Government presented The Belt and Road Ecological  and Environmental Cooperation plan, setting forth the principles and guidelines to reach “in-depth eco-environmental cooperation and intense eco-environmental protection in a joint effort to build green Silk Roads”.

Studies, articles, papers on how the Belt and Road Initiative can (or should) be green abound, as doubts and concerns on its feasibility do. As a matter of fact, the first and most direct impact of the Initiative is that it will affect areas of high environmental value and biodiversity. A 2017 World Wildlife Fund’s study showed that several hundreds of threatened species and environmentally important areas are overlapped by the Initiative’s corridors.  Infrastructure development often results in extensive logging and deforestation, wildlife and habitat loss as well as a severe increase in pollution. The second effect is that building the network will require wide extraction and usage of raw materials and fuels, needed for construction.

Moreover, there is a second major issue: policymaking. Most of the countries involved in the project are developing or less developed countries. In many of them the lack of transparency and corruption are major issues. In these countries, recipient of huge amount of Chinese investments and loans, environmental concerns may be obfuscated by the flow of money and economic interests. Compared to European countries, they may face more aggressive exploitation and intrusive construction. Lack of transparency and corruption can result in deregulation to ease the access to natural resources and land grabbing.

Arguably, on the other hand, in those countries investments in modern infrastructures are much needed. Undoubtedly old, outdated networks may have far more negative impacts while also being dangerous, inefficient and unsustainable. Neither it can be expected from countries highly dependent on raw materials to promptly shift to economic sustainability. However, given the scope and the impact of the project it would be advisable to push faster and further for more sustainable infrastructures. If many thought Chinese enlightened guidance could help achieve that, in some cases it proved otherwise. The case of the China Pakistan Economic Corridor, a 54$bn plan to increase Pakistan’s capacity and reduce energy shortfalls, offer a dramatic example. 33$bn will be directed to energy projects, much needed in a Country with a third of its population with no access to energy and a massive energy deficit. Contrary to the eco-friendly announcements, almost three quarters of new power will come from coal-powered plans.

In order to make the Belt and Road Initiative a tool to promote and apply principles set out by the Paris Agreement and the UN Sustainable Development Agenda, policymakers, starting from Chinese authorities, shall cooperate in-depth with international stakeholders: multilateral institutions, non-profit organizations as well as public and private investors. International stakeholders have to contribute in designing the approach to develop the Initiative and advocate to minimise its environmental impacts in the present and in the future. As China is accountable for almost one quarter of world’s emissions, it has recently embarked in a mission to curb pollution and to develop a more sustainable economy. The Initiative goes far beyond Chinese borders and it engages with fast growing countries. It is therefore vital that the projects are carried out safeguarding the environment with an eye on sustainability.

The Chinese’s Government reportedly said that is the mission of the Initiative. So now words shall be followed by actions.