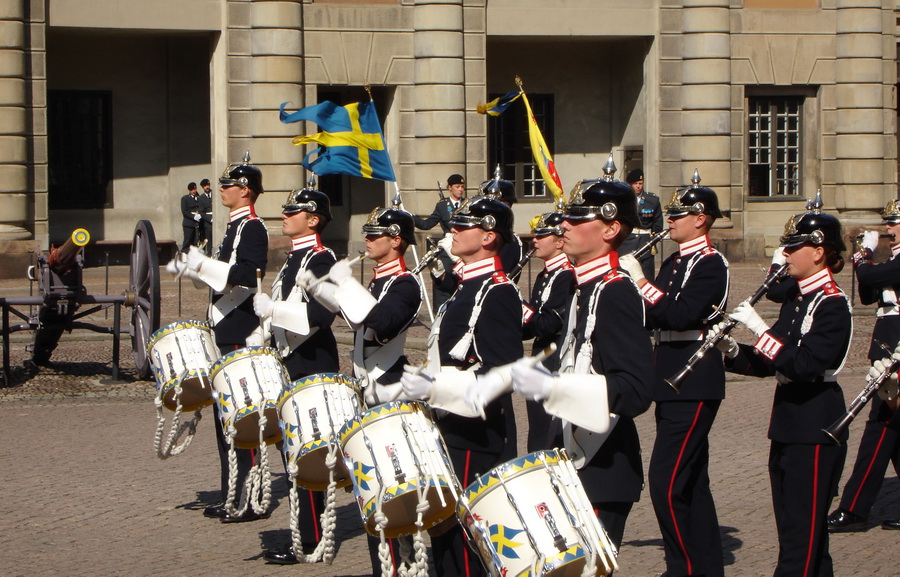 Russia’s annexation of Crimea in 2014 as well as Russian verbal threats and provocations towards NATO and non-NATO members, have put European leaders on edge. Talks of a new Cold War have revitalized the role of NATO and made Sweden question its neutrality. But is the threat from Russia towards Sweden substantial enough for Sweden to abandon its neutrality policy? No, and here is why.

For over 170 years, Sweden has relied on a neutrality policy to avoid the consequences of war. Sweden’s belief in this position has however started to waver following the re-awakening of the Russian bear. As part of this, Sweden has expanded its NATO partnership and recently signed a “Host Nation Support Agreement”, which allows (upon invitation from Sweden) NATO to operate on Swedish territory during exercises and crises.

The current situation, however, does not justify these fissures in Sweden’s neutrality policy, and here is why:

1) Sweden is not Ukraine

The fear of a Russian attack was mainly raised after the annexation of the Crimean Peninsula, which has a different historical, political, social, and economic foundation than Sweden.

The peninsula has a history of conflict between state entities and minorities, with the first conflict appearing in 1775 between Russia and the Crimean Tartars. During Soviet rule, the Tartars were suppressed, leaving the peninsula mainly inhabited by Russians, and in 1954 the peninsula was transferred to Ukraine as a “gift” from the Soviet Union. At this point, 90% of the peninsula’s population were Russians.

Disputes after the Cold War between Ukraine and Russia over the peninsula’s territorial affiliation, led to the signing of an inter-state treaty in 1997 transforming the peninsula into an autonomous republic under Ukraine. Since then, separatist sentiments have been prominent and Russia has continued to have a military base on the peninsula.

Once conflict broke out in Ukraine, Russian sentiments in Crimea grew stronger and Russian troops started moving. It eventually resulted in a Russian annexation of the peninsula.

Neither of such developments are an excuse for annexation. But it does indicate that Russia reacted towards “opportune” conditions in Ukraine for expanding its power base and scoring cheap points at home. If we assume Russia will follow similar tactics in the future, then Sweden is hardly next in line as neither of the conditions present in Ukraine are present in Sweden.

One concern is that Russia has gained sentiments towards expansionism. Russia, however, does not seem interested in more territory. Instead, it is gracelessly trying to regain influence similar to what it had during the Soviet Union.

A way for Russia to reassert itself politically, has been to maneuver in the post-soviet space as a patriarch resorting to intimidation in order to prevent undesired, or provoke desired, developments. This includes positioning itself in unstable post-soviet states who e.g. experience separatism and/ or conflict, and pressuring states who consider abandoning its sphere of influence.

Another approach has been to react opportunistically. In Georgia 2008, Russia e.g. reacted with force following a Georgian attack towards the separatist entity, South Ossetia. It eventually resulted in a strengthening of Russia’s influence in the area. Another example is its recent mission in Syria, which offered a chance to show strength and secured Russia a prominent role at the following peace talks.

Hence, Russia’s actions should not be regarded as the awakening of an expansionist. Rather it is the pursuit of a foreign policy agenda, which aims at restoring great power status. In order to reach this, Russia relies on intimidation. This, however, does not imply that Russia’s provocations are an invitation for military conflict. Rather, Russia has a tendency of only resorting to force when there are “opportune” conditions to do so.

This should hence be Sweden’s focus. Because if Sweden decides to become a NATO member, which would force Finland to do the same, this could enforce a shift in conditions. Rather than deterring, it could cause Russia to react – maybe not with military force – but most likely in an undesirable manner.

3) Neutrality is not a Weakness

Sweden’s decision-making is currently based on a short-term military perspective and a belief that there is a looming confrontation with Russia. There are, however, no signs of such a threat and no reasons why Sweden’s neutrality should be abandoned in favor of military positioning.

The current crisis should rather be dealt with politically and as a political conflict where a state is trying to intimidate itself back into great power status. Hence instead of positioning itself for war, Sweden should position itself for a long-term political competition.

By staying neutral, Sweden will continue to have better chances of avoiding the consequences of any future conflict and it would avoid creating conditions for Russian reactions. From its position as neutral, Sweden could alternatively redirect its attention towards a de-escalation of tensions and become an advocate for political dialogue.

Essentially, Sweden should recall the threats that have stood before it in the past and remember that neutrality is not the same as weakness. Rather, neutrality is a position with potential.