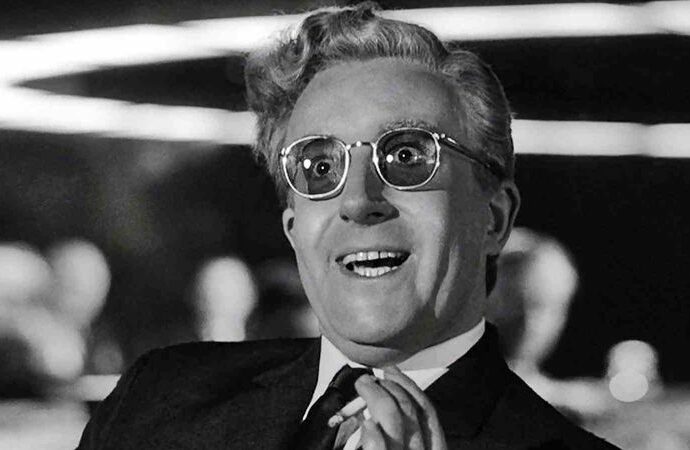 Kubrick’s 1964 film Doctor Strangelove portrays the devastating impact of a Soviet doomsday device. Programmed to automatically wipe out all human life if any nuclear attack would have struck the nation, the curious construction showed great diplomatic potential. Annoyed as to why the Soviets had kept the device a secret, Doctor Strangelove ranted to the Soviet Ambassador: “The whole point of the doomsday machine (deterrence) is lost if you keep it a secret. Why didn’t you tell the world?”As described by William McNeill in his book The Pursuit of Power, technological and military advances have a fundamental effect on global international relations.Yet these type of developments can only reach a certain level, before edging towards irreparable damage.

The world’s most level-headed diplomats tend to heed the words of an ancient proverb: “speak softly and carry a big stick, you will go far.” Throughout history, Machiavellian governments have followed this rule. Thanks to technological and military supremacy they can obtain what they desire in the diplomatic world.

Great powers’ threat of violence has always overshadowed political or economic negotiations with lesser powers. In the 19th and 20th century, powerful governments’ threat of brute force depended on gunpowder and nuclear weapons. However, the 21st century is facing the emergence of Autonomous Weapons Systems (AWS).

The most particular characteristic of AWS is that when they operate in autonomous mode they can automatically identify, detect and attack enemy targets based on the pre-programmed path set by the operator. Often unclear on whether a certain AWS may be offensive or defensive, AWS are currently under development in every theatre of war- “in the air, on the sea, under the sea and on the land”. Fully autonomous weapons systems with an independent target selection are not yet operational. Still, developments are both impressive and worrying.

Research in AWS has seen a sharp boost, with then US Secretary of Defence Ash Carter stating that “this (AWS) is the kind of cutting-edge innovation that will keep us a step ahead of our adversaries.” Accordingly, AWS could be used as a subtle or blatant leverage throughout difficult negotiations with world powers who do not yet possess similarly intimidating constructions. This will most likely exacerbate the divide between globally influential countries and those which hold little negotiating power.

High-tech countries have taken the first step to embark on this journey. The US already has unquestionable power in the international relations scenario and has recently set out a concrete plan to increasingly and quickly develop autonomous weapons. This indicates that great powers are pursuing a first-mover advantage. The US Department of Defence’s Unmanned Systems Integrated Roadmap 2013-2038 focuses on AWS in the air, on land and at sea, recognising their undeniable potential. Another example includes Russia which has heavily participated in the Syrian Civil War thanks to its military confidence, heightening an already bloody conflict. Syria is torn by opposing global powers who can afford to do so and has proved to be an excellent testing ground for certain new AWS weaponries. The Uran-9 , an unmanned combat ground vehicle, was tested in Syria throughout the Civil War and after improvements based on the Syrian experience, Russia has just signed it into mass production.

Considering that Russia’s drive for parity in Artificial Intelligence (AI) focuses primarily on its military, in September 2017 President Putin recognised that “whoever becomes the leader in this sphere (AI) will become the ruler of the world.” The importance of this so called smart power (a combination of using military and diplomatic means) is being extensively recognised by political scientists and could prove to be very useful in light of AWS and modern diplomacy.

Regardless of military and diplomatic advantages, there are a plethora of valid concerns.

The UK Ministry of Defence reflected on them in a 2011 Joint Doctrine Note: “There is a danger that time is running out. Is debate and development of policy even still possible, or is the technological genie already out of the ethical bottle, embarking us all on an incremental and involuntary journey towards a Terminator like reality?”

Technological and military developments could also spiral into an autonomous weapons arms race, which some scientists describe as already taking place. This would be fuelled by superpowers falling into the unequivocal pattern of having to obtain complete AWS supremacy. This would allow them to outdo their opponent on the negotiating table. As a result, scenarios such as the one presented in the political satire “Doctor Strangelove” could even become reality.

Winners of today’s AWS arms race could obtain enormous negotiating power,similarly to how the US and the Soviet Union did in the Cold War. A curious difference between the nuclear arms race and the potential AWS arms race is that the Cold War era was rife with mass hysteria. Instead, nowadays the popular press seems to be rather quiet with regards to AWS developments. Any jingoistic announcements of AWS developments are scarce, especially throughout democracies. This could be due to more “tangible” issues related to migration and the economy taking over the political arena. In addition, most democratic countries have to keep up with a pacifist pretence, in light of their role in international organisations.

High level discussions on AWS limitations are hampered by diverging viewpoints and mighty countries-including democracies- have been recently backing out on cold war era arms control agreements. In any case, to ambitious high-tech States’ delight, it is likely that research and development in AWS will keep advancing enormously. The quest for military and technological supremacy-then channeled in an international relations scenario- will most likely carry on.