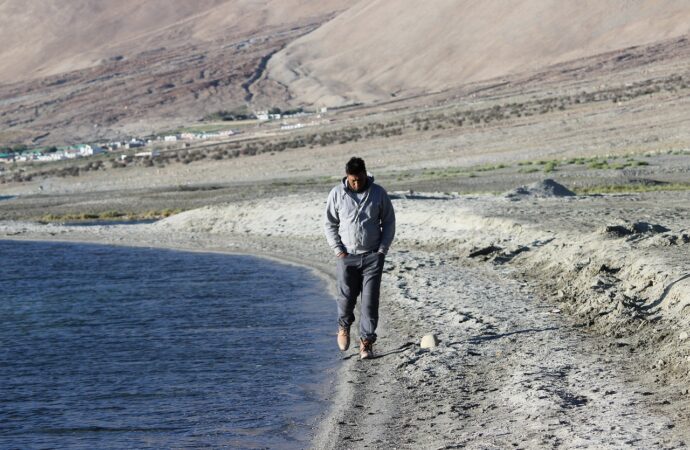 Unprecedented hostility is taking place towards Indians coming from the state of Kashmir.
These violent attacks are happening in several states following a deadly suicide attack on the Indian forces in Pulwama – India-administered Kashmir.

On February 14,42 soldiers lost their lives when a Kashmiri boy offered himself as a human bomb. Immediately after the strike , some Indian Kashmiris took to social media to glorify the attacker, while others stated it was an “inside job designed by the Indian Government”. This sparked hatred towards them, all over India. One by one, cities started reporting cases of targeted violence against students and businessmen, namely by a number of right-wing groups, associating them with terrorism.

Since 1989, Kashmir has been torn between separatist movements – some striving for independence while others seeking accession to Pakistan. Kashmir is a place where the dawns begin with the news of violence and dusks brings loss of human lives.

The clamor for revenge for the February attack is high. Slogans like “shoot the traitor Kashmiris” spread in Jammu, the predominantly Hindu province of India-administered Kashmir. Mobs gathered to attack Muslim neighborhoods and set their cars on fire. The Jammu administration had to impose curfew in the district and deployed additional forces to maintain law and order.

With the Indian general elections coming up in April and May this year, this situation has completely transformed India’s political climate. Bigotry knows no end, starting from a Bollywood actor to a State Governor who called for complete boycott of Kashmiri products and articles. These remarks created a barrage of criticisms on social media. On the other hand, some viral videos show locals in Lucknow city interrupting men from right-wing groups, to stop them from attacking ruthlessly. Amidst all havoc, many people also took to Facebook and Twitter to provide shelter to the students and businessmen who feared hate attacks.

The Jammu and Kashmir High Court Bar Association appealed to the United Nations, Amnesty International, as well as to the Indian Civil Society to rescue Kashmiris from the brutalities inflicted on them. The attackers were tagged as “ruthless communal and fanatic forces of Jammu and other places in India”. In order to show solidarity, the Bar Association also decided to support a protest that was issued by the Kashmir Traders Federation.

The terror attack left the entire country in shock, but hate is never the answer. Even if people were aggrieved and saddened such a situation cannot be used to target those innocent. The problems in Kashmir are often primarily represented as a matter between India and Pakistan, but this is certainly not the main issue at stake right now. Over the years, insurgency has been carefully cultivated into a religious bias. Kashmir’s sense of alienation from India has grown stronger. The present chaos dates back to the troubled relationship between the Central Government and the State Government. There is an absence of an overarching strategy under the current coalition in Kashmir. Anti-Indian sentiments run high in Kashmiris residing in India administered Kashmir. Thus, the current Central Government needs to come up with a strategic vision with emphasis on reaching a political resolution of this seemingly intractable conflict.

The priority should be to focus on the experiences and the aspirations of the people living in Kashmir. Public awareness in the fact that bias-motivated incidents are crimes and should be reported is crucial. Such initiatives can and should not only take place in schools (peer education programs to teach bias awareness to children) but also in colleges, businesses and community groups. An idea to these projects could be to sponsor essay competitions for students, on how “Bias-related crimes can hurt the diverse Indian community”, by the civil society. At the local and national level, a community-wide Day of Respect and Dialogue should be organized, inviting everyone to come together and share strategies to prevent hate crimes.

We are living in a time when ironically nationalism and national unity seem to be positive and praiseworthy terms when it comes to national/cultural identities. However, they are now being transformed into instruments of threat and intimidation. This needs to stop before the country gets locked into a prolonged crisis where local violence escalates into a vicious cycle. The diversity of the Indian population will be at stake, unless we act immediately.