Climate change and biodiversity: Two global challenges for the price of one 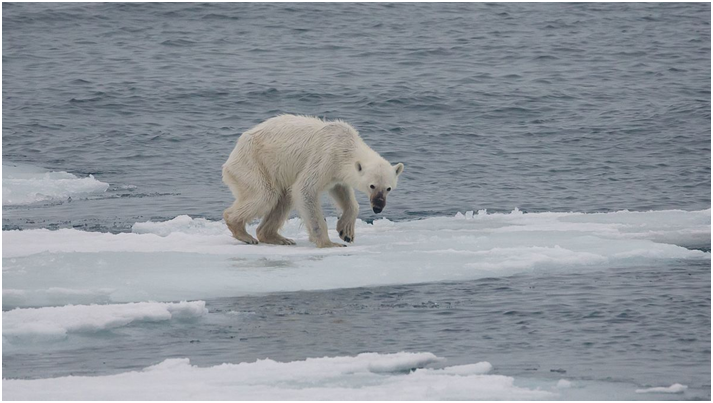 Healthy ecosystems and vibrant biodiversity are crucial elements to life on this planet. Ecosystems are delicately balanced and even slight shifts in temperature can have considerable knock-on effects. Substantial losses to biodiversity and a range of ecosystem functions are projected if we continue with a ‘business as usual’ approach.

There is substantial evidence that climate change impacts biodiversity. The Millennium Ecosystem Assessment reports that climate change shall induce considerable biodiversity loss by the end of this century. Species are having to adapt through relocating habitats, switching life cycles or developing new physical traits. The world’s endangered species inhabit areas which are acutely influenced by global warming. The IPCC states that an average temperature rise of 1.5°C could potentially put 20-30% of species at risk of extinction.

Things are heating up, and not in a good way

Warming of 3°C would put many ecosystems in a dire state. The Paris Agreement has a central objective of maintaining global temperature rises to 1.5°C. Unfortunately, the evidence points to a 2°C cap being insufficient in terms of minimising pernicious impacts to ecosystems. It’ clear that this limit was determined on a convenience basis as it lacks a clear understanding of the current situation and envisaged future scenarios. Evaluated atmospheric CO2 has raised the acidity of the oceans, severely damaging many coral reefs. The recent mass bleaching on the Great Barrier Reef for a second consecutive year is a prime example.

Current levels of warming when compared to the pre-industrial baseline are estimated to be between 0.8-0.9°C. Distressing trends are playing out in many of the world’s great forests and rainforests. Coniferous forests in western North America are encountering widespread tree mortality due to significant drought episodes and heat waves, coupled with outbreaks of diseases and plagues of insects. The Amazon houses exceptional biodiversity, around one quarter of all terrestrial species are currently found there. It appears that its southern and south-eastern regions are increasingly vulnerable to forest dieback.

A significant impact of climate change on wildlife is the vacillations stemming from changes to regional climates, namely temperature ranges and humidity. Models indicate that  each 1°C increase in temperature results in an ecological region being expanded by approximately 160km.

Species with a high adaptive capacity could prove to be ‘winners’ in this ever-changing environment. They could rapidly spread their geographical zones, have shorter life cycles and larger numbers of offspring. It’s not all rosy though, newly incoming species could cause imbalances to existing hierarchies within ecosystems. Furthermore, species may migrate closer to human population centres and increased interactions could prove to be problematic.

Let’s take the case of sand lizards in Sweden; recently published research suggests that the species could benefit from higher temperatures as they can lay their eggs earlier, which in turn improves fitness and survival changes for the offspring. Additionally, researchers have discovered that lighter-coloured insects in Europe are flourishing in the hotter summer months. This is due to their ability to shield themselves from overheating by reflecting incoming sunlight. Their darker coloured cousins are not so fortunate and must either migrate or risk extinction.

To stem the tide, approaches which address these urgent matters must take priority on policy agendas. Actions which ensure that temperature increases are kept below 1.5°C are pivotal. A newly released ranking study highlights that  only France, Germany and Sweden in the EU are meeting their commitments under the Paris Agreement.

The Intergovernmental Science-Policy Platform on Biodiversity and Ecosystem Services (IPBES) must take a leading role in tackling the plethora of complex issues. Closer ties must be forged with the IPCC to conceive an action-plan which is holistic in nature and understanding the symbiotic relationship between the climate and the environment. Wherever one looks, the biosphere is withering. The blame is squarely at humanity’s door. A 2012 article published in Nature magazine asserts that mankind is lurching towards a future whereby global ecosystems shall reach a “tipping point” and dramatically collapse. This will result in rapid fluctuations to the biosphere with minimal warning. In this scenario, an ecosystem can appear fine on the surface but may collapse in the metaphorical blink of an eye. However, actions speak louder than words. There can be no more dithering, our time is up and we humans must choose which path we wish to follow.