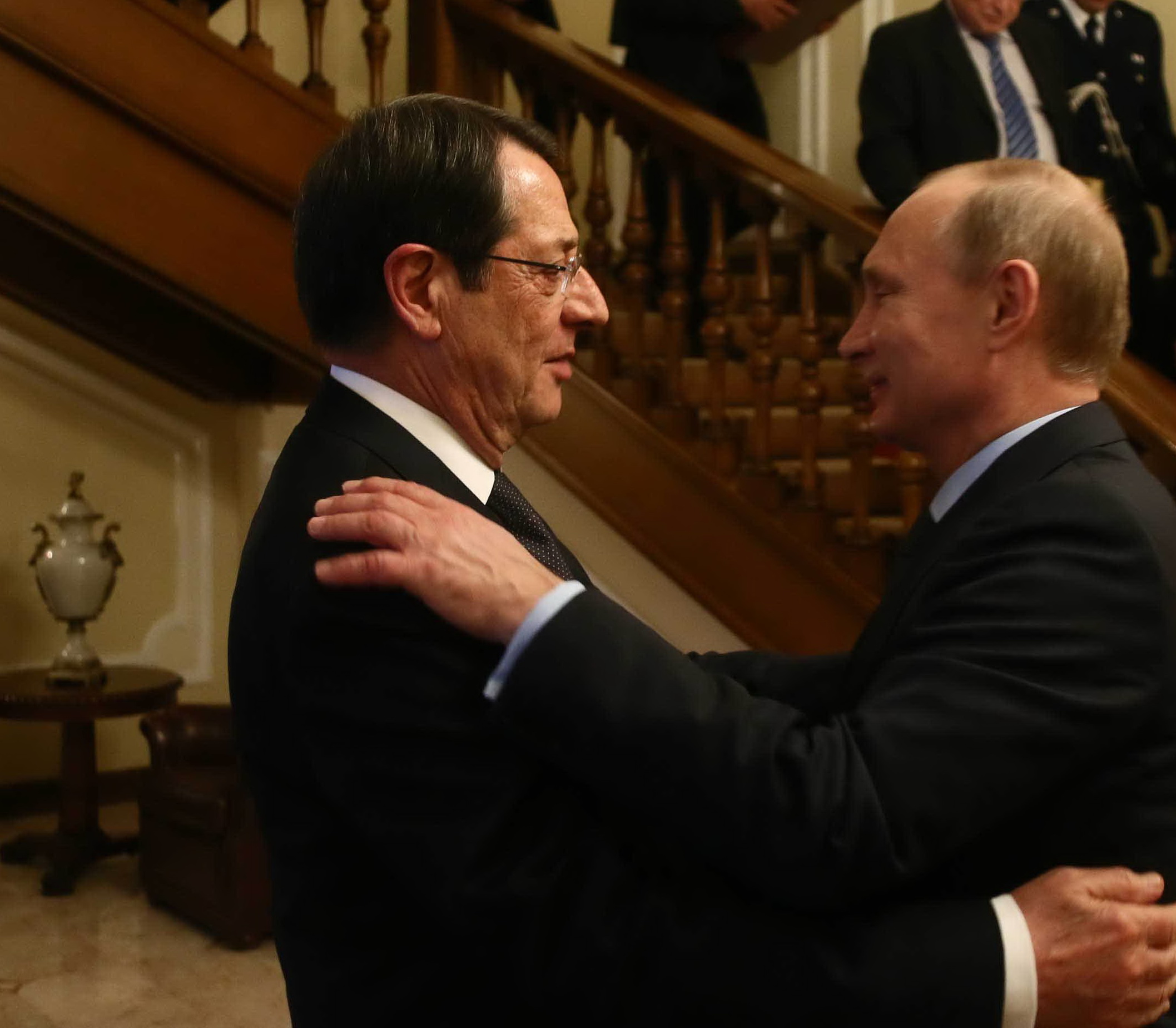 A growing and significant partner for the European Union, Russia has also often played a double game aimed at destabilizing the Old Continent and continuing its policy of balkanization within the EU.

Cyprus recently signed an agreement with Russia giving the Kremlin’s navy ships the right to access the island nation’s ports.

Cypriot President Nicos Anastasiades quickly specified that this agreement, signed during his visit in Moscow in February, was merely the symbolic renewal of a former 1996 agreement that existed between the two countries.

“This right stipulates their calls with humanitarian aims, which are supplies of provision and refuelling of vessels, as well as for rescue of lives of Russian nationals and their evacuation from neighbouring countries,” Anastasiades said at a Russian news conference.

More than a simple reinforcement of a long-lasting relationship between the two countries, this agreement, and most specifically its timing, illustrates Russia’s strategy to reinforce divisions within Europe and expand its political influence throughout the region, while establishing its position as a pivotal player in the Balkans and the Middle East. Cyprus may very well be the ideal tool to do so.

Russia’s influence with Cyprus has always been significantly stronger than with the rest of mainland Europe for a number of reasons.

First, Cyprus has played the role of an offshore banking haven for thousands of Russian investors for decades. Today, The Moscow Times estimates that Russian businesses account for about 10 percent of the Cypriot economy.

In addition, Russia and Cyprus share the same religious ties, with the Orthodox Church playing a quintessential role in both societies. This particular bound should not be underestimated, as the religious factor has more often than not influenced the Kremlin’s domestic and foreign policies. An example can be found in Alexander Dugin’s 1997 book, The Foundations of Geopolitics: The Geopolitical Future of Russia, which called for the creation of an “Orthodox Collectivist East” to unite with Moscow, one of several arguments that had a major impact on the Russian political elite.

But the most significant argument regarding the importance of Cyprus in Russia’s eyes is the nation’s geographic position. Strategically located at the crossroads of Europe, Africa and Asia, a few hundreds miles south of Turkey and west of Syria, the tiny island nation is located on the great maritime highway where European Christendom and Middle East Islam have historically met and battled.

Furthermore, Cyprus is the closest EU member state to the Middle East, which is key for Russia. As the never-ending Syrian civil war continues to wreak havoc across the country, Russia may see in Cyprus a possible alternative to the port of Tartus in Syria, the Kremlin’s only military base outside the former Soviet region. This arrangement would prove much more beneficial for Russia, given Cyprus’ position within the EU. Regardless of the outcome of the Syrian war, the recent agreement with Cyprus could in the long run allow Moscow to continue enjoying its influence in the Middle East, one of its sole regions of influence in the international arena.

The other region where Russia has historically sought to increase its sphere of influence is Europe.

Contrary to post-cold war expectations, Russia did not step away from its ambivalence towards Europe. A growing and significant partner for the European Union, Russia has also often played a double game aimed at destabilizing the Old Continent and continuing its policy of balkanization within the EU. Its relationship with Cyprus and Greece is a perfect example as the debt-stricken countries have recently expressed pro-Moscow sentiments by denouncing the EU sanctions on Russia over the Ukraine crisis.

Once again, Russia’s timing is good. Greece and Cyprus have been looking for ways to get rid of their debt, seeing Russia as a strong ally, as their disappointment towards the European Union has only but grown. A recent Public Opinion Analysis published by the European Commission in late 2014 reveals that in Cyprus, 38% of respondents have a negative image of the EU, and 79% of the respondents do not believe that their voice counts in the EU. Conversely, Cypriots see in Russia an economic ally and prospective geopolitical friend that they can count on in times of financial uncertainty and economic crisis within an even more fragile European Union.

The island, which has been divided since the 1974 Turkish invasion, also sees in Russia a vital diplomatic protector against a possible Turkish invasion. Russia is the only country after France that supplies Cyprus with weapons to face this perceived threat.

While reinforcing its relationship with Cyprus, Russia is sending the EU the message that not only can Moscow enhance its geostrategic and military position in Europe, but it can also and might very well eventually be able to influence EU decisions.

As a result, the recent deal between Cyprus and Russia may seemingly have no real short-term impact on the EU or Russia’s politics in the Balkans. But it is in fact part of Russia’s grand design to bypass the sanctions, stabilize and increase its foreign expansion in the EU, the Eastern Mediterranean and the Middle East. In terms of realpolitik and geopolitical strategy, Russia has never been found to make decisions based solely on humanitarian considerations; this new endeavor in Cyprus should not be treated any differently.