Greying of Europe: No color, please! 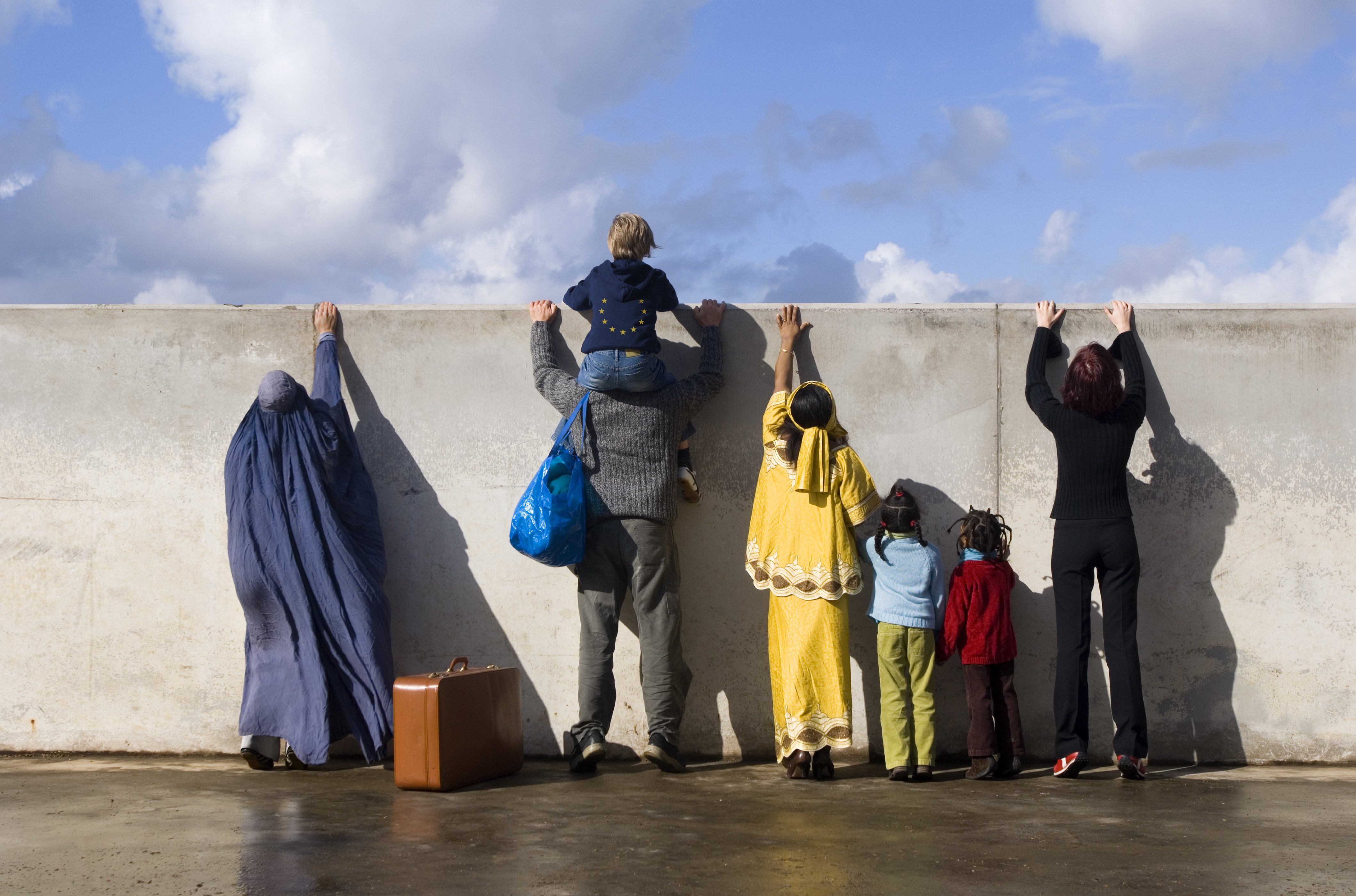 Is immigration a panacea for EU’s rapidly ageing population?

Meet Rikardo Racz. Rikardo is the first baby born in Hungary in 2015 and the one who divided the nation by stirring the never quiescent national debate about immigration and racism.

National media noted his birth; a photo of his parents, Peter and Sylvia, holding Rikardo made the front pages. Yet, Rikardo’s picture offended some, particularly the Hungarian far-right Jobbik party leader, Elod Novak. Novak took it personally that a 23-year-old Gypsy woman has become a mother for a third time, and in response posted a picture on Facebook of his “pure white” family. He further rancorously added that the pure Hungarians are about to become minority on their own soil. His statement has not gone unnoticed in the Hungarian press: some responded with approval, some with condemnation.

The Hungarian episode is not an isolated one. Anti-immigrant sentiment has started to flood the EU. While it used to be noticeable only at the margins of most societies, far-right extremism and the anti-immigration wave has taken the political center stage across the European countries. In Dresden, PEGIDA (Patriotische Europäer Gegen die Islamisierung des Abendlandes) – effectively, a thinly veiled anti-Islamic movement – rallies once a week for the past fifteen weeks against so-called “Islamization of the Western world”. They are demanding more restrictive immigration rules from their government, targeting particularly Muslims. PEGIDA’s branches or sister-movements have sprouted across Europe[1] with more or less success. Furthermore, far-right movements, often basing their campaigns on anti-immigration rhetoric, performed surprisingly well in European Parliament elections last year, gaining a record 52 MEPs, up by 15 seats compared to the 2009 election[2].

Intoxicated by its anti-immigration mawkishness, Europe fails to acknowledge that immigration is currently one of the most suitable solutions to its core problem: declining fertility, decreased mortality rates, and high life expectancy, all of which result in unsustainable population ageing. When one adds to the mix stagnating economy[3], low productivity[4], and high unemployment rates[5], which have been characterizing the EU for the past eight years, the outcome is a devastating concoction that neither monetary nor fiscal policies are able to mitigate. Immigration offers itself as part of the solution to the European ills with its potential to alleviate population decline and aging resulting from low fertility rates across Europe.

The last time the countries of the EU were reproducing at replacement levels (2.1 children per woman), i.e., at the levels to keep a population stable, was in the mid-1970s. In 2014, the average number of children per woman was about 1.6[6]. In comparison, the US has been able to keep its population stable chiefly due to the immigration[7]. In fact, it is projected that in the next 40 years, immigrants and their children will be the principle drivers behind the growth of the US working-age population.

In addition to the dwindling fertility rates, a hefty share of elderly in total population embodies Europe’s demographic profile. Nearly one in five Western Europeans was older than 65 years in 2014[8], and by 2050 the number of elderly might increase by 70 percent across the EU[9]. Large number of old is not a problem per se; however, combined with decreased proportion of the economically active population, it creates significant pressure on the social system. The relationship is rather simple: the fewer people of working age, the fewer the people who can support the health system, retirement pensions, and other assistance to the oldest members of a society. With the number of retirees increasing every year, the burden on the social system will be unbearable, unless more energizing young blood mitigates it.

Therein lies the potential of immigration: in 2012, the median age of the population in the EU was 41.9 years, whereas the median age of foreigners living the EU was 34.7[10]. Immigration is able not only to contribute to the overall population size, but also modify the demographic structure through increasing the share of younger cohorts and raising the overall fertility rates.

Nonetheless, it should be noted that, while immigration can limit the adverse impact of demographic ageing on living standards and government budgets, it cannot resolve the problem on its own. According to the UN predictions, only colossal increases in immigration would be able to retain the same age structure of the European countries. For example, Germany would need to admit over 3 million migrants every year in order to halt the population ageing[11] (that would be almost three times more than the 2013 record high[12]). To assume such policy would be unadvisable for a number of reasons, with dismantled social cohesion and increased challenge to integration in the first place.

So, what does Europe need?

The challenges brought about by declining and ageing population require objective and more comprehensive reassessment of many established economic and social policies, taking into account the long-term perspective. Primarily, Europe should focus on improving the labor market participation of its current population by increasing the retirement age. A number of European countries are already on the way from making such policy proposals a law. Additionally, it is necessary to reexamine the nature and levels of retirement and health-benefits for elderly in order to maintain sustainable government budgets.

Finally, if it wishes to preserve its economic competitiveness and ease the detrimental effect of greying of the continent, Europe has to accept its diverse immigrant populace and find proper policies to ensure integration of their foreign-born fellows. Social tensions provoked by ill-considered migration regulation across the EU require solutions that come with a profound change of a political discourse on immigration. The Movement Against Xenophobia[13], rooted in the UK, aims to de-vilify immigrants by showcasing, through a series of posters and billboards, the positive effects migrants have on everyday lives. Their depictions of foreign-born surgeons and professors are small, but noble attempts towards the goal.

The bottom line is that Europe needs to rediscover and embrace the reality that immigrants are a fundamental asset to development, not a liability.