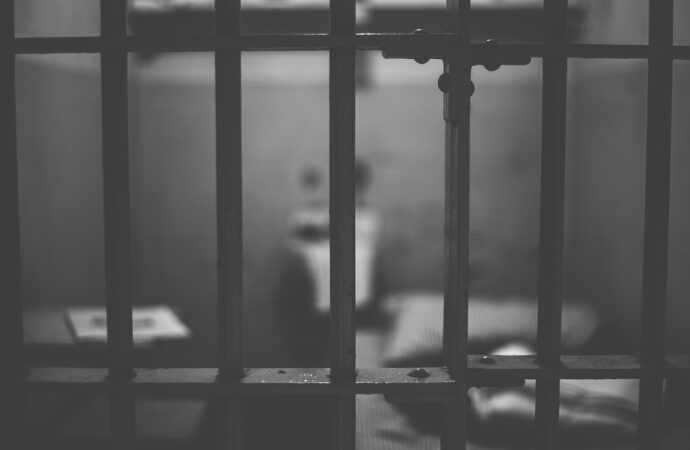 No charge, no trial, no conviction; only hours of torture and interrogation. The Guantanamo Bay Detention Center is a “secret” prison where kidnappings, forced disappearances and degrading prison conditions makes lives of detainees, a living hell. Prisoner rights are mostly not a popular topic of debate. But, can rights be called so if they can be dismissed so effortlessly?

Guantanamo has been a forgotten human tragedy, even more since President Trump’s rule. He signed an executive order to keep Guantanamo open, reversing President Obama’s policy. He also abolished the office for repatriating Guantanamo detainees. While this place is meant for detaining the most dangerous, most of the inmates are not too dangerous after all.

Since 2002, Guantanamo Bay has been notorious for major human rights violations. Despite conclusive evidence that torture exists, government officials call them “enhanced interrogation techniques”. The U.S. is in clear violation of the Convention Against Torture and the Government repeatedly failed to prosecute the criminals who conduct torture in prison. In 2017, the UN Special Rapporteur on Torture reminded the U.S. authorities that a ban on torture and ill-treatment is essential. The detailed experiences of torture of the detainees, even memories of it, are considered as ‘classified information’ that can only be disclosed to officials with top-secret security clearance. Black sites never reveal their policies and practices to the public. Post release, victims receive no compensation.

Illegal and indefinite detention violates International Law. The Bush administration plea to claim absolute power to detain individuals was rejected by the Supreme Court in 2008. Later, Obama sought to justify the same under Authorization for Use of Military Force. The detainees should be treated under the Geneva Conventions of 1949, but here laws of war take precedence. These detainees are not individuals arrested in armed conflicts, but are detained from outside a traditional battlefield. Shaker Amer is one out of many, who spent 13 years of detention, without charge or trial. Under the International Covenant on Civil and Political Rights, which the U.S. had ratified in 1992, arbitrary detention is prohibited. Thus, the military commission system of Guantanamo fails to fulfill fair trial standards as well.

The U.S. Government announced that most of the detainees would be transferred to U.S. built prison facilities, either in their countries of origin or others. Rather than providing for regular repatriation and rehabilitation, this system ensured continued detention in places that will be out of reach of U.S. courts and media. Many are resettled in different countries , but without rights which poses considerable challenges to successful reintegration into society.

Being aware of the fact that the U.S. is at war with Al-Qaeda and its other affiliates, some still believe that the treatment offered at Guantanamo is justified. Correspondingly, the Director of National Intelligence states that 28% of Guantanamo detainees have returned to terrorism. However, what may also be the case here is that drastic torture, experiences and trauma might make individuals take up arms as retaliation. There are also certain groups that work for torture victims, but under the protective order , 9/11 detainees are prohibited from seeking help from them.

The need of the hour is to call for an end of torture at Guantanamo and make a plea to the U.S. Government. Repatriation of detainees to countries where they might be subject to torture should be curbed. Lawyers should be present during interrogations and doctors, to examine detainees. Families should be allowed to see the detainees. Confessions that are obtained through torture should be dismissed. Prisoners should be classified after cases go through proper review procedures. Volunteers and NGOs should be allowed to provide meaningful programs for prisoners. Increasing inmate activities through sports, exercise and religious activities will reduce stress and make them less hostile. Introducing speed release procedures involving paralegal volunteers can ensure speedy justice.

Detaining innocents unlawfully at Guantanamo is preposterous! The President and the Congress need to be partners in finding an appropriate solution. Human rights must be upheld, and relevant international conventions followed. We cannot accept individuals being in captivity without ever being charged. The U.S. government cannot decide whether these detainees deserve human rights or not.