Matera Capital of Culture 2019: an ‘open future’ with closed ports? 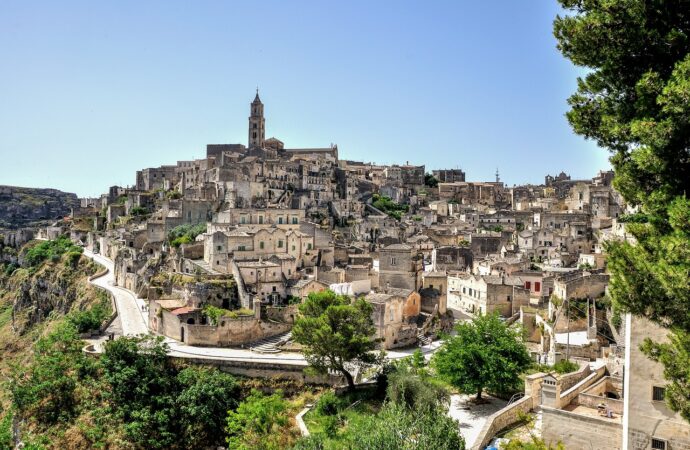 On January 19th 2019, Matera’s cave-dwelling districts, better known as “Sassi”, opened up to national and international guests and musicians for the celebration of its title as 2019 European Capital of Culture (ECOC).

The very same day 170 migrants were found dead at sea in another Mediterranean shipwreck. Matera won its title also over its inclusive and welcoming attitude towards migrants – can the ECOC help streamline this humanitarian approach to Italy and the EU, raising a different awareness and ultimately reducing the number of people drowning every day at sea?

Matera was pronounced the “Capital of Open future”, which is the programme’s motto, at a time when the EU struggles to relocate the 47 people rescued from the shipwreck by the Dutch SeeWatch3. While Matera aims to uphold its promise of another future for European culture, Italy is becoming a leader in the opposite direction. Italy’s deputy prime minister, Matteo Salvini, commented on Facebook after the recent sinking: “as long as European ports remain open… unfortunately the smugglers will continue to do business and kill.” In opposition, Matera2019 represents an effort to make European culture tell a different story about Italy’s place in Europe.

What is the aim of the European Capital of Culture and how can we link it to the refugee crisis and people drowning in the Mediterranean? Academic literature has recognised three shifts in the main emphasis of this programme: enhancing a sense of shared identity, promoting regional development, economic growth and cohesion of the Union and a renewed emphasis on a European dimension and in particular an active participation of citizens in the integration process. This latest trend is evident in the words pronounced by the European Commissioner for Education, Culture, Youth and Sport, Tibor Navracsics, while attending Matera’s inauguration ceremony: “The European Capital of Culture initiative brings people together and highlights the role of culture in building a European identity”.

These words emphasise an EU Institutional narrative encouraging a bottom-up effort by local, regional and national participatory actions in defining what European culture may mean. Indeed, European institutions never gave an official definition of European culture, afraid of falling into a slippery rhetoric of European cultural unity. This is why the EU has always preferred presenting a pragmatic definition in official policies, leaving it to citizens themselves to show us what it means to be European. Ultimately, as Sassatelli argues, the ECOC’s search for European identity finds its solution in cities that “responding to this call as Europeans, and by acting European, are becoming European and showing us what that may mean”.

Matera2019 might have showed us what becoming European should mean by responding to another call coming to us from the Mediterranean shore. Indeed, Matera’s programme, navigating five main themes, turns the lights on the issue of migration in many ways. Continuity and disruptions hosts the Future Digs project, a cycle of lectures on “Lessons in history: Beyond the borders’ where contemporary historians invite us to reflect upon migration as a positively transformative process of oneself and the other. Utopias and dystopias’ will stage the theatrical and participatory workshop Matera Open City. The one-week workshop will raise a new wall dividing the heart of Matera to face the contemporary issue of new physical and metaphorical borders as well as the value of tearing them down in a welcoming and open attitude. Ultimately, under the theme of Reflections and connections we find the Silent Academy initiative, jointly oirganised by of the Fondazione Matera Basilicata 2019 and the Social Cooperative Il Sicomoro. The project’s purpose is to give all migrants arriving in Italy a set of skills and talents and to develop a system for certifying the skills of artists and craftspeople like Ibrahim Savane who back home had his own fashion atelier. On the night of Matera 2019 inauguration Ibrahim, together with the Italian street artist BR1, animated the streets of the city with a highly symbolic ‘golden’ parade:  40 immigrant models walking down the Sassi with beautiful golden garments made of emergency blankets, the isothermal materials migrants are wrapped in when rescued from the Mediterranean Sea. Along with Palermo and Napoli’s mayors refusing to apply the ‘Salvini Decree’ deemed to infringe migrants and refugees basic rights to housing and healthcare, Matera parade is another symbol of local and regional resistance to the securitization and xenophobic rhetoric.

If, as Sassatelli suggested, European Capitals by acting European are becoming European and are showing us what that may mean, Matera is certainly showing us that there is another way for Italy to belong to Europe: not by closing its docks but rather by ‘opening the future’ to others that wait desperately on its sea.