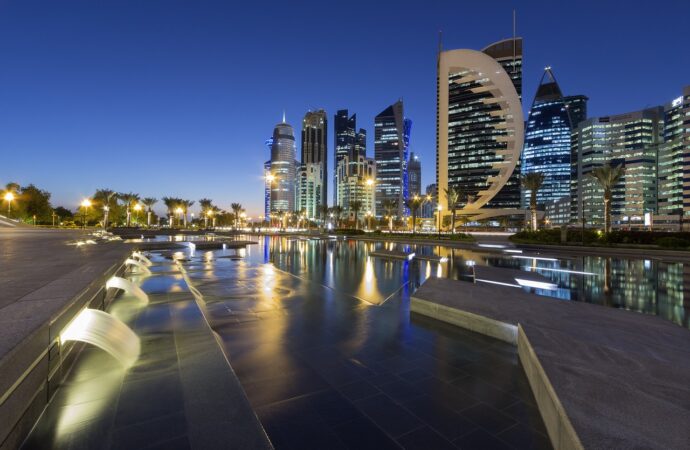 Qatar is hosting the next world cup in 2022. Major sports events are prone to labour and other human rights violations, reason for which it is essential to revisit the situation of the richest country in the world, which combines both an image of luxury and of extreme poverty.

Amnesty International has once again called our attention human rights violations, labour abuses and vulnerability of migrants working in the hospitality, construction and domestic care sector in Qatar. These should also be connected to the broader human rights violations in the country: Freedom of expression and of assembly are, for instance, broadly restricted and the cybercrime law adopted in 2014 allows authorities to ban websites and impose sanctions on anyone considered a threat.

The Kafala system, an archaic structure deeply rooted in the local context, is considered one of the main causes of labour exploitation. Migrants are legally dependent on their employers during their residency, making them vulnerable to unpaid wages, salaries below the minimum wage, physical and psychological abuses, forced labour, arrests and indecent housing conditions. In many cases, these migrants do not receive any form of victim support and cannot formulate complaints against their employers. This system of sponsorship is interconnected with the system of recruitment and future workers have to pay high recruitment fees in their own countries to be able to work in Qatar.

Despite the cultural particularities of Qatar’s system, labour rights violations are, unfortunately, a global scale issue intimately connected to global capitalism and to the exploitative effects of the ceaseless pursuit for profit. Poor working conditions are of course not reduced to Qatar.  Europe as well has seen various cases of labour abuses from migrant workers unpaid wages, to forced labour and denial of social benefits; there are also several reports of the exploitation of migrant workers by employment agencies and informal agents, including unauthorised fees, threats and retention of identity documents.

Qatar has recently taken the first steps towards dismantling the Kafala System. The 2018 ratification of the International Covenant on Economic Social and Cultural Rights (ICESCR) and of the International Covenant on Civil and Political Rights (ICCPR) and the recent local reforms related to migrants’ labour rights, including paid holidays, limitations of the working hours and the end of the exit permit system for the majority of workers, are examples of such. Nevertheless, various reservations were included and the legislation which is still not in conformity with international standards especially in what regards labour, civic and political rights for women, which are still unequal in what concerns wages, access to certain working sectors and representation. Also, migrant workers cannot join or form trade unions, and certain groups of migrant workers, as is the case of domestic workers, still need the permission of their employers to change or quit their jobs! Despite the establishment in 2017 of the Labour Dispute Resolution Committee to settle conflicts and give workers a means to reclaim their rights, in practise not all employers suspected of exploitation have been prosecuted and employees still face difficulties reclaiming their unpaid wages, due to fear of not having protection from abusive employers.

We need a better harmonization of international labour standards with an emphasis on the construction and domestic work sector, which remain highly vulnerable to illegal work, and precariousness. Also, stricter enforcement measures for employers responsible for labour violations are essential. The case of Qatar shows that job creation and employment for less advantaged groups does not equal decent living and working conditions. Cooperation between different international mechanisms as the International Labour Organisation, the local and international civil society actors is crucial both in the monitoring of working conditions and in the national and international pressure to implement and adjust new standards. Likewise, facilitating universal access to social security and labour standards could improve the working conditions of migrant workers in Qatar and abroad.

The case of Qatar shows that the ratification of international conventions is not a direct guarantee to the immediate and radical improvement of migrants’ working conditions and rights. A discursive revalorisation of the work done by low-skilled migrant workers is essential as their work and contribution to a country’s prosperity is often invisible. Civil society actors, academics, policy makers and especially the business sector in Qatar should recognize its importance for the development of the country. Changing the narrative is also a way to improve working conditions.

Even if it is more common to speak of labour violations during big and visible sports events, ensuring decent working conditions for vulnerable workers in Qatar on a daily basis concerns us all. Nobody is free until everyone is free.