The actual effects of changing formal voting rules in the Council 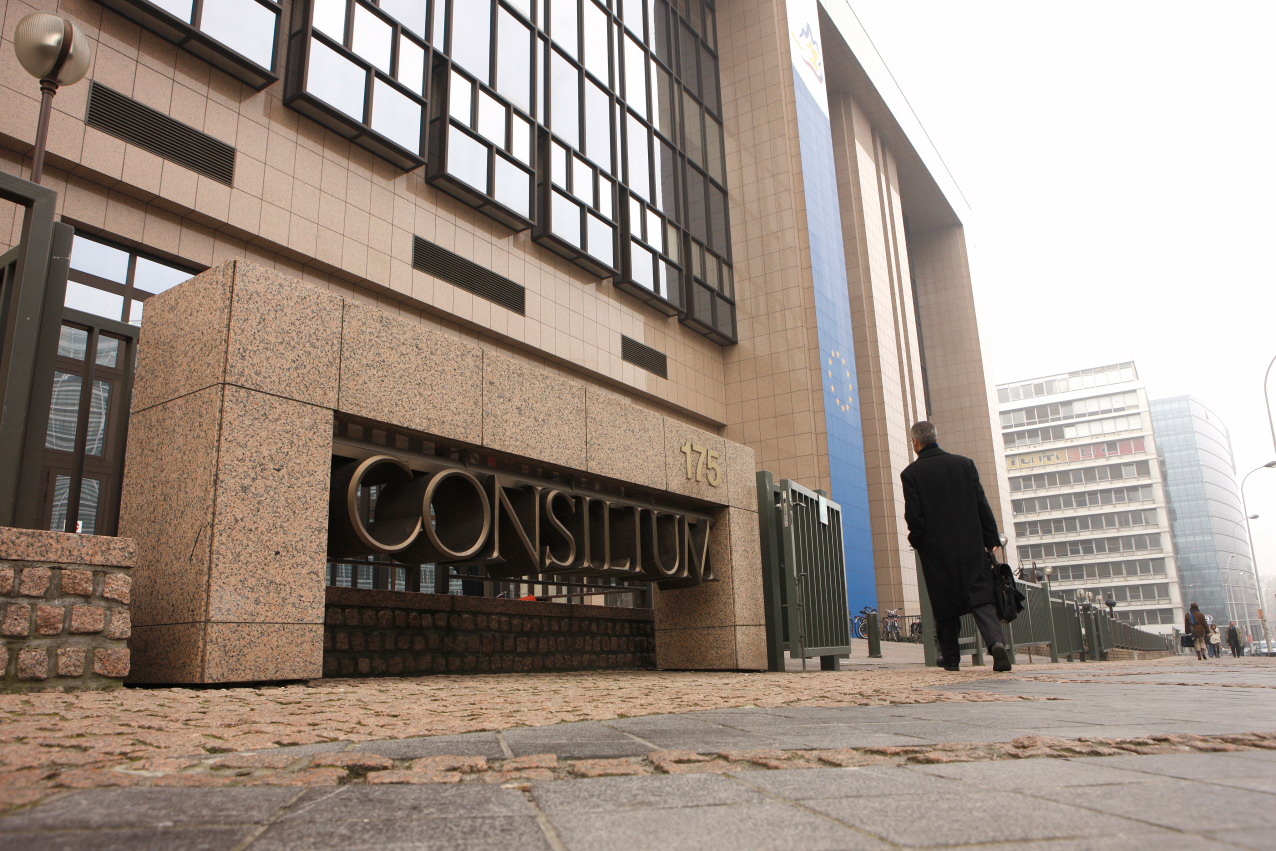 In a recent article conveyed by Politheor.net, Attila Marján put forward numerous assumptions concerning the change of the blocking and policy-shaping power of the Visegrad Group – V4 (Czech Republic, Hungary, Poland, Slovakia) in the post-Lisbon era of the Council of the European Union (Council). The author voiced his concerns amid the most recent changes in the Council voting system ushered in by the 2009 Lisbon Treaty, only to be implemented this November.

In his article titled ”The new EU voting system – the old west-east north-south division”, big Member States like Germany and France are expected to increase their blocking capacity vis-a-vis the V4 countries, which in turn are said to ”probably get less and less relevant” since they ”will not be able to form any blocking coalition any longer”.  On top of that, the change is supposed to take grand proportions with bigger states’ (Spain, Poland) and medium-sized countries’ voting power being ”reduced dramatically”. These assertions would have been perfectly fine, had they been well-grounded in scientific or practical evidence. This way, the conclusions remain somewhat dubious.

In my humble opinion, in order to shed some light on the potential effects of the changes in the EU voting system on decision outcomes in the Council, a couple of insights are needed.

Much ado about nothing

First, the changes in the voting system introduced by the Lisbon Treaty have to be demistified and elucidated – once and for all. What really happened is that the qualified majority voting (QMV) system in the Council was modified and simplified from a previous triple-majority rule to a double-majority rule. Without unlocking a discussion about the reasons of proceeding this way (i.e. legitimacy issues; contestation incentives), the change meant that decisions falling under the QMV rule would no longer require the approval of (1) at least 14 states (2) holding 255 of 345 votes and comprising (3) at least 62 percent of the EU’s total population, but instead decisions needed the approval of (1) 55 percent of Member States forming (2) 65 percent of the EU’s total population. Two remarks have to be made here. One is that the QMV rule is only one type of voting system applied in the Council, the other being unanimity voting. The other remark is that the introduction of the double-majority rule comes with strings attached – which is often left out of the discussions about the alleged rise in power of big Member States. Namely, for the double-majority rule to apply, at least four states have to oppose a certain bill. This way, even if states opposing a bill have more than 35 percent of the EU’s population, they would not be able to block the bill, unless the coalition contains at least four Member States. This provision clearly curtails the blocking power of a small number of large states, and not the opposite. On the other hand, the bugaboo of the double-majority voting is unrightfully exaggerated, since the voting rule will initially undergo a three-year trial period in which any Member State can request a decision to be taken according to the former triple-majority rule.

Under either of the two rules,  V-4 countries’ blocking power is highly contested and virtually non-existent. When the triple-majority rule is applied, the V-4 coalition lacks 32 votes and another 25.1 percent of EU’s total population to block a decision from passing. Under the double-majority rule, the V-4 coalition would require 22.1 percent of EU’s total population on top of their population (which is less than before) plus the backing of 12 other Member States. Either way, V-4 countries’ blocking potential is low and completely contingent on the respective policy issue and bargaining power of other actors.

Second, the aforementioned article, alike many other studies approaches the question of the effects of formal changes in voting rules on decisions in the Council with too little scientific rigour. In other words, assumptions that are often made either lack substantial evidence or do not employ any method of observation and theoretical approach. I can base my observation only on an educated guess about the author’s standpoint. Hence, I can discern the author’s belief in the power of formal rules on the agents’ behaviour (decisions). Still, before arriving at conclusions, some crucial steps are often overlooked. One way of estimating future effects of a change in formal rule is to (1) consult models that contain different assumptions regarding the importance of formal rules; (2) apply these models on decisions made under the triple-majority rule in order to illuminate the most appropriate model; and finally (3) conduct a counter-factual analysis to see to what extent decision outcomes would have differed had the double-majority rule been applied. This is what Thomson (2013) essentially did in his remarkable article in the West European Politics Journal.

Since, in practice, the Council mainly targets unanimous decisions under the QMV rule (in 2008, 128 out of 147 Council decisions were unanimous!, for more, see here), Thomson applied his models only to controversial proposals and came to the following conclusion:

Naturally, Thomson ackowledges that there will be times, although rare, when the double-majority rule will be decisive, but the role of formal rules is generally subordinated to the existing bargaining power and policy alignments of actors on controversial issues. Furthermore, formal rules tell us nothing about the politics behind the scene and the decision-making process.

Hence, my third and final suggestion concerns the importance of informal procedures and the bargaining process which have to be taken into consideration, in contrast to formal rules. We know that with the Lisbon Treaty co-decision became an “ordinary legislative procedure” (Verdun 2013:1133) in EU’s decision making, obliging both the European Parliament (EP) and the Council to agree on legislative proposals, amend them, or launch a conciliation process. Co-decision now applies to more than 90 policy areas, and the parliamentarization of EU legislation has at least formally equalized EP’s and Council’s law-making powers (Roederer-Rynning and Schimmelfennig 2012:3).

Notwithstanding, recent research (Burns et al. 2013; Lord 2013) has shown that a new, informal practice has emerged in legislation negotiations between the EP and the Council, as a counteraction to the co-decision procedure. With the co-decision procedure implying potentially three steps before arriving at an agreement on bills, the passage of new legislature is significantly delayed to the benefit of coalition building between the Council and the EP (Dann 2003: 567). In order to circumvent this lengthy procedure, the European Commission, the Council and the EP engage in “early agreements” (Burns et al. 2013) or “informal trialogue negotiations” (Häge and Naurin 2013). These informal agreements enhance effectiveness at the expense of reduced transparency and visibility of decision-making (Burns et al. 2013: 947).

Informal procedures, both within the Council (working groups, comittees) and between the Council, the EP and the Commission reveal the actual nature of policy-making in the Council. Formal rules display only meager potential to disrupt the policy game or determine decision outcomes. However, perhaps it’s the interplay between rules and informal processes that deserve a more nuanced and rigorous look, rather than drawing conclusions based on guesses.

To wrap up, it seems that the dramatic claims about the devastating effects of the change of formal rules on the voting power of small and medium-sized countries are in reality quite groundless and fairly exaggerated. In a nutshell, both existing data and scientific projections show that (1) voting by unanimity is the dominant modus vivendi in the Council despite the application of the QMV rule; (2) 90 percent of existing decisions in the Council would have been the same under the double-majority rule; and (3) informal processes determine final outcomes to a much higher extent than formal rules.

Burns, Charlotte et al. (2013): Legislative codecision and its impact on the political system of the European Union. Journal of European Public Policy 20(7): 941-952

Council of the European Union: Monthly Summaries of Council Acts. Retrieved: 28th of December 2014 at:

Thomson, Robert (2013): Double versus Triple Majorities: Will the New Voting Rules in the Council of the European Union Make a Difference?. West European Politics 36(6): 1221-1238