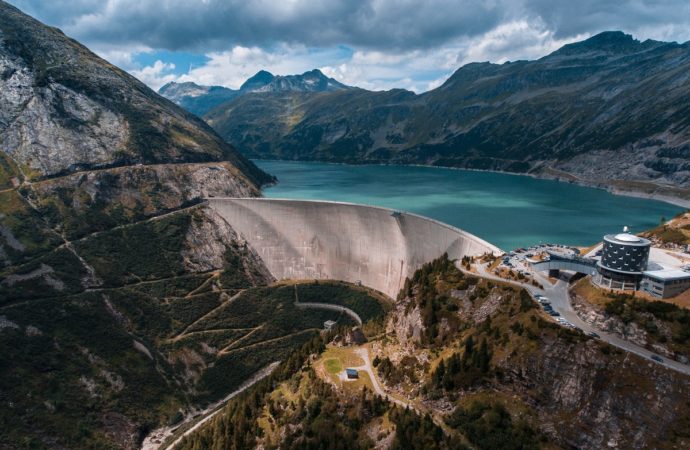 The 2015 declaration under the Paris Agreement aims to limit the rise in temperature to 1.5 degrees Celsius above pre-industrial levels. Thus, determining high standards from the signatory states that were already scrambling to set up their renewable energy sectors and bringing the relationships with energy to the forefront. In the European Union, the framework is set by means of the Renewable Energy Directive, which bind its member states to establish an overall policy for the production and promotion of energy from renewable sources in order to reach binding renewable energy targets by 2020.

The steps taken by the European Commission to merge the climate and energy portfolios under one commissioner and the creation of the Energy Union, also point in this direction. With the primary aim of ensuring that EU stands on its own feet when it comes to energy security, the role of the Energy Union was identified as crucial by the Commission to promote EU as the world number one in renewable energies.

In meeting these objectives, they remain inattentive to a crucial aspect of renewable energy, that is, its close interrelation to biodiversity. As such, it is not only a question if we can arrive at our destination, but also of what we must sacrifice in order to get there.

Biodiversity and renewable energy – where is the overlap?

Global consensus on the gravity of climate change and biodiversity issues and the need for immediate action was expressed in the form of two major international framework conventions- the United Nations Framework Convention on Climate Change (UNFCCC) and the Convention on Biological Diversity (CBD). Building on its commitments to the declarations within the above-mentioned conventions, the EU sought to adopt them by designing and implementing policies accordingly.

Two different sectors, with their own legal framework, their own policies and projects, intersect on a regular basis, either impeding the development of renewable energy projects or endangering nature conservation.

On the one hand, the development of renewable energy projects may endanger biodiversity, if the structures needed in order to produce, store and transport that energy impact, in any way, the natural ecosystems that need protection.

On the other hand, renewable energy projects may be blocked by assessment of negative impacts on biodiversity, in which case they may not go forward unless they provide alternative measures, which are highly complex given the extensive protection needed for conservation of biodiversity.

Therefore, it is evident that an integrated approach is needed in order to ensure both sectors meet their objective in a complete and effective manner.

Hydropower as a case study

To see how this unfolds in practice let’s look at what happens in several cases where the developments of hydropower projects interfere with biodiversity protection regulations.

A comprehensive study undertaken by the NGOs Euronatur and Riverwatch, examines the impact of 2800 hydropower projects set to be undertaken over the coming decade on the largest and oldest free-flowing river system in the Balkans. A quarter of the large hydropower projects that were assessed were found to be located in protected areas such as the Natura 2000 Network, Ramsar Sites, Emerald Network and World Heritage sites. Thousands of species of plant life and endangered animal species stand to be threatened as their habitats are eroded by these projects.

The pristine Alpine valley across Austria and Italy faces a similar fate with the undertaking of the Kaunertal Extension Project, listed as a key infrastructure project of the EU. The impact assessment of the dam proved significant on the Ötztal Alps Wilderness Area, affecting the Natura 2000 site of Ötztaler Alps. The 120 mt high embankment dam would also impact the rare alpine grasslands which are protected under the Habitats Directive. Despite the fact that discussions on the impact assessment of the extension project are still ongoing, the European Commission has already listed the project as one of the key energy infrastructure projects of EU.

A few things to be done

The renewable energy sector is still in its nascent stages of innovation and deployment and there are significant gaps in the knowledge of their environmental impacts. Scientific certainty, which is inherently problematic for new, emerging renewable energy projects, could use the tool which is the Environmental Impact Assessment to balance these two green areas.

This can be done by reassessing impacts of authorized renewable energy developments ex-post impacts that could have not been foreseen or estimated during the environmental impact assessment process and continuously updating the measures with good faith, thus giving effect to the precautionary principle. This could help in putting both green areas on an equal position. But in order to do so, we need more will to integrate these two green areas together, we need to put this thought at the core of our actions and this should unfold through each and every ramification of our actions.

In the end, it all comes down to our ability to think on the long term, that means finding synergies between biodiversity conservation and development of renewable energy projects, and not create a hierarchy between these two because of the momentum renewable energy has.

All energy projects affect nature to some degree, and we must make sure that the solution to tackle climate change is also a solution that minimizes the impacts on our natural environment. While pursuing our goal of saving our planet from excessive pollution, we must not sacrifice the treasure that is biodiversity.

The hype with producing more renewable energy must be replaced with the hype of crafting synergies between conserving our biodiversity and ecosystems and developing our renewable energy projects further.