The green struggle of the US 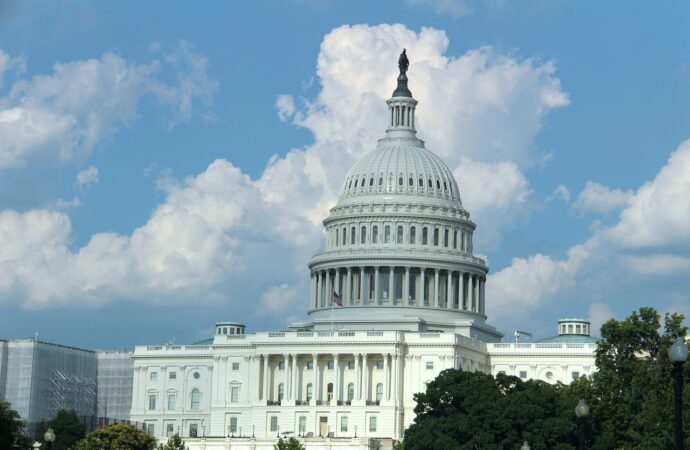 It seems that the United States has no choice but to redesign their future options.

The introduction of the Sustainable Development Goals by the United Nations in 2015 triggered a global reaction in pursuit of achieving a better future for all mankind and the Earth. Within this context, but also due to the upcoming state and presidential elections, the United States faces dilemma on a recently proposed plan for the environment. Proposed by the Democrats’ side and more particularly by Representative Alexandria Ociasio-Cortez and Senator Edward Markey, this congressional resolution challenges the American economy’s current status.

The Green New Deal is based on three core principles namely, decarbonization, employment and justice. They are directly linked to the central pillars of sustainability: environment, economy and society. The main goal is to bring the national greenhouse gas emissions down to zero and establish a system of 100% renewable energy sources by 2030. This transition is expected to provide a solution to the high levels of unemployment accompanied by values of equal justice, non-discrimination and fair fulfillment of basic needs for every citizen. The plan clearly focuses on transforming the energy sector, as it proposes massive investments towards the succession of current finite sources by renewable ones.

It’s not known yet, whether the resolution will pass or not. However, it’s worth considering. In case the majority of the politicians stand in favour, the Green New Deal will be put into effect. There are claims over high implementation costs that would cumber the already-in-trouble economy. On the other hand, it is said that these costs will outweigh those that will be needed in the future if the country continues to rely on natural resources. With regards to the employment rates, it is expected that they will be enhanced based on the hypothesis that new developments need a larger workforce. But what will happen to the employees who are currently working in the non-renewable industries? The Deal so far, seems to be ambitious and promising, but at the same time fuzzy, blur and incoherent as it presents good-to-hear ideas but lacks clearance on how to actually implement them.

Finally, there will be a massive reorganization of power distribution among lobbies. Today’s leading stakeholders represent oil and natural gas industries and support research on adequate fields. New organisations committed to tackle climate change effects will start affecting governmental policies and decisions, which in the mid-term will lead also to behavioral change of a wider audience, the citizens themselves. Governmental decisions don’t seem to be too distanced from the voters when we follow this observation. Power between stakeholders tends to flow but now we are talking about changing the dominant characters in the system, which would seriously affect people even beyond the energy domain.

What happens if the resolution doesn’t pass? Well, the most probable scenario indicates that the US will maintain its business-as-usual operations. Such activities will cause a series of continuous increasing emissions, destruction of the ecosystems and health problems linked mainly to respiratory difficulties and asthma. The employment rates in the energy sector will depend on the currently established companies whose power is associated to external factors, such as natural resources availability and global market prices. Finally, the government will have to meet the goals of binding international agreements, which may be hindering given the fact that many of the provisions require more climate-friendly means.

The US on the map

Examining the dilemma from an external perspective, the country will definitely make a first big step towards improving its image as an actor who tries to befriend with the planet, even though the Deal has been characterized as incoherent and unclear. International collaborations in related sectors may be increased and even the acceptance to comply with the Paris Agreement will seem closer to reality. The USA could also play a leading role in implementing the plan for a global green new deal, an idea presented a few weeks ago by UNCTAD. The organisation seems to have adopted the same directions as the American deal (decarbonisation, employment and justice) which proves the degree of influence the country exerts on international actors even before any concrete results of its policies.

The United States is responsible for 15% of global CO2 emissions in 2015 (that’s second after China), and is considered a major actor and influencer in terms of power. Rejecting the national deal would stain the country’s image both internally and globally. International agreements would be hindered by the old-fashioned American style, which could also act as a paradigm to more governments and actors. Thus, it is extremely possible to see other countries willing to follow the US’ example and reluctant in taking real and effective measures. Referring to their economic or other difficulties will be more of an excuse rather the main cause. If the US abstains, why should the others be concerned since their impact is much smaller, right?

It is already said in the past that the USA is an essential partner in battling the adverse effects of climate change. Being the second biggest polluter in terms of CO2 emissions cannot be neglected and put aside of the negotiations table. The country is called to take a serious decision on its future policies, which will affect further actions at the national and global level. There is a need for stronger and clearer goals as well as high level of commitment from all the essential stakeholders. Whatever the results for this resolution may be, it is clear enough to admit that reducing all kinds of pollutants and re-defining the means for energy production are crucial for the human society. We need every country on board but with feasible policies and resilient long-term plans. Will the United States decide to move along with the international trend or will they prefer to stay back, whatever the consequences?