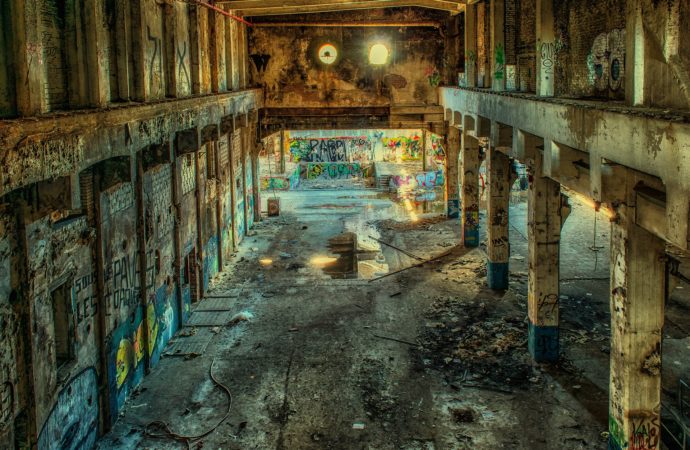 Usually when the question of how welcoming a country’s attitude towards refugees is raised, people look at the relation between proportion of accepted and rejected asylum seekers. But the destiny of those rejected is rarely featured in the mass media. What happens to them?

They disappear from the media but not from reality. Mostly, they continue living in the country after their application is rejected, without any legal status. In the end, the only clear difference between accepted and rejected refugees and asylum seekers is that the latter have little or no chance of becoming integrated residents and are instead doomed to live on the margins of society as homeless beggars or criminals.

This problem raised public attention for the first time in 2013 during the protests Lampedusa in Hamburg, ahead of the events of 2015, with which the beginning of the current European migration crisis is generally associated. A group of people in Hamburg fled the violence of the civil war in Libya, entered the EU through the Italian port of Lampedusa and from there moved to Germany. The German government was obligated to refer to the Dublin regulation and force them to return to their country-of-entry, Italy. However, the government attempts failed due to strong public backlash. These people remained in the country but nevertheless did not receive any kind of official status. They were the first to use the slogan “We Are Here” in their protests, drawing attention to the fact that they are not invisible and that their basic situation hadn’t been improved.

The same slogan was used in the Netherlands after 2015, and became the name of the NGO fighting for rejected refugees’ rights there. In order to survive, these people have to go from city to city, occupying abandoned buildings (often without light or heating) and wait until the local community pushes them to leave and move further. They report on each of their moves on the NGO’s website. The Union of Dutch Municipalities (VNG) said “Rejected asylum seekers who have been traumatized or have psychological problems are wandering around on the streets. This is a problem for public order and it’s a humanitarian problem.” It is surprising that such a practice remains in a developed country as the Netherlands, which is generally viewed as relatively migrant-friendly.

The situation was finally noticed by European institutions. The Council of Europe adopted a resolution concerning the collective complaint (No. 90/2013) against the Netherlands that reaffirmed a decision that Dutch government should  protect rejected refugees and guarantee them so-called “3B”: bed, bread and bath. In other words Dutch municipalities should offer food and shelter to asylum-seekers whose applications have been denied but who have not left the country. These measures were met by stormy discontent of the Dutch public and deepened the long-standing conflict over the balance of power between supranational and national rule for EU countries. After tough negotiations a compromise that satisfied nobody was reached: the number of shelters was reduced and to access them, the rejected asylum-seekers had to demonstrate their efforts to leave the country and report on these on a regular basis.

Predictably, this solution had little success. Despite the minority of migrants which have agreed to a “volunteer” return, the vast majority clearly intends to stay in whichever way they can. After the risky journey to Europe it is hard for them to imagine going back. Moreover, for most even the life of a homeless person in the Netherlands looks better than returning back home, which often means facing imminent danger. Next to all this, there are some additional obstacles such as resistance by the origin-country authorities in assisting rejected asylum-seekers in obtaining the travel documents necessary to return.

Currently, the rejected refugees and asylum seekers who have exhausted all legal means, and who stay illegally in the Netherlands up to 28 days after their departure date has expired, are legally bound to have limited rights to provision. They are not entitled to services at reception facilities and cannot legally work. After this either forced return or freedom-restriction measures can be enacted. Taking into account the total amount of rejected refugees this leads to a sort of hunting game spreading atmosphere of fear among migrants and chasing competition among police.

The most worrying fact is that everything stays the same. Rejected refugees, despite their numbers, are not part of the public or political debate. The international community should talk more often about them and search for feasible and effective solutions. The truth is that these people are not as invisible as many might think. Without further efforts to change their unclear status they will become a time-bomb for future social stability. The EU should consider funding the establishment of exit-coordinating centers, which would work to connect rejected asylum seekers with the information and resources for the next phase in their lives, whether it is helping them with obtaining travel documents, local decision appeals processes (where possible), or viable movement on to another EU country where they might successfully lodge another asylum application.

Homelessness and indigence should not be the fallback option for rejected applicants.