Trump and EU Defence: A blessing in disguise? 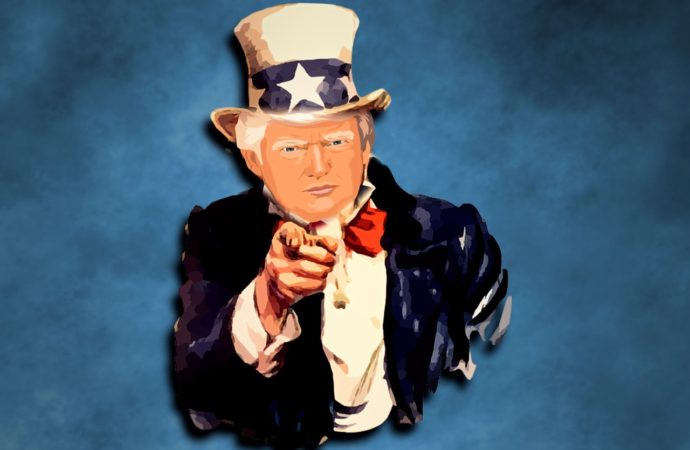 After the election of Trump, the High Representative Federica Mogherini stressed the following in a CNN interview: “friendship stays, partnership stays, but EU politics is not determined by US politics”. The emerging unpredictability surrounding the United States (USA) opened up the possibility for the European Union (EU) to play a role as super power.

Yet, Trump is not the only factor. The march of the EU towards a more decisive security and defence strategy had already started in June 2016 with the presentation of the EU Global Strategy. Beyond ambitions and intentions, it is unforeseeable whether the EU will be able to grasp this opportunity, because of the lack of a clear EU structure and political will from the EU member states.

The strength of the EU was always based on its soft power, but soft power is certainly not hard power. The idea that to be really mature the EU should create a defence union has been a leitmotiv for a very long time. Attempts in that direction have been made in the past, but obstacles have always stuck the EU between its hard and soft power: on the one hand, the United Kingdom (UK) opposed building a system of defence independent from NATO; on the other, the coexistence between European defence and NATO remained unsettled.

If the Brexit materializes, it will thus have important consequences. The UK, with its decisively pro-NATO standing, will have lost its clout on the implementation of a European Foreign and Security Policy, which could end up making the process for the EU defence smoother. In this way, the UK has also become the spokesperson of an anti-European sentiment affecting other countries, such as Italy and France, which could eventually impede the construction of a stronger Union.

The relationship between the EU and NATO is harder to solve and resembles more of a deadlock. Despite the willingness of the EU to build an autonomous defence system, NATO has always guaranteed a bridge of communication between the EU and the USA, and it is the most important multilateral defence institution. The newly elected US President Donald Trump has threatened to back away from NATO during his campaign. In turn, the fear of a dangerous alliance between the USA and Russia could lead to a great opportunity for the EU. The USA is set to take a more isolationist role in international affairs. Without US funding, NATO’s relevance will be close to non-existent, and a Europe defence system should take its place. In this scenario, we are not sure that Europe will have the right tools and structure to be up for this challenge.

The current global situation forces the EU to change in a changing world. In June 2016, the High Representative Federica Mogherini presented a European Global Strategy, where the implementation of a defence union and its relations with NATO were discussed. The terrorist attacks in Paris and Brussels forced the EU to act. If a top-down resolution wasn’t adopted to fortify Europe, the European project would have risked falling apart. Since then, some steps forward have been made, but each step had to face the most insurmountable impediment: the political unwillingness of member states to participate in this project. When you are involved in a common security defence, you give up a part of your sovereignty. It is a decision that few countries are willing to take. Furthermore, the project proposed by Mogherini contains some unresolved aspects. Among them are the lack of a fair funding mechanism for EU operations on the ground and a plan for its relationship towards NATO. The latter casts a doubt whether a European defence union would be really independent.

The more the European project becomes ambitious, the more it seems to ignore its main obstacle: not all member states are ready to put EU interests before their own national interests and they are certainly not eager to become a “new” United States. Part of this attitude is due to the fact that EU member states remain sceptical towards the European project, especially on the domain of sharing security.

A binding and better defined agreement on security will help to overcome this fundamental obstacle and will make the European Union finally able to benefit from this historical moment. It is up to the member states to decide how they will fill in the international vacuum: under the wings of the EU or as individual, yet marginal powers.