What’s the deal with Russian gas in Georgia? 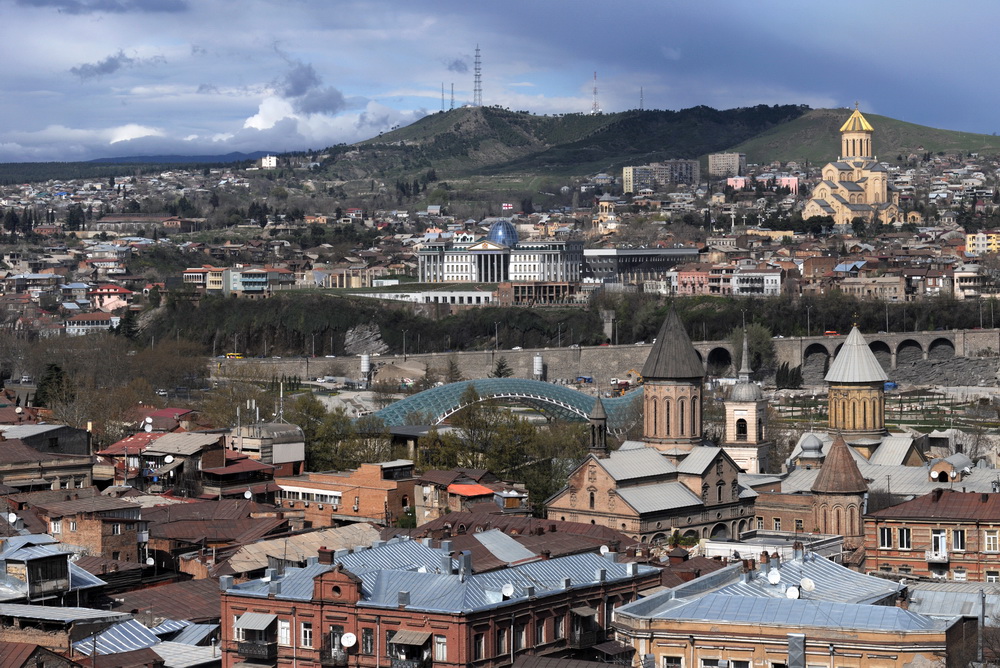 A potential natural gas delivery deal from GAZPROM to Georgia went bust, but not without causing quite a stir as well as calling into question Georgia’s motivation for starting talks to begin with. However, the entire discussion has overlooked the more glaring problem of a seriously outdated energy policy on the Georgian side.

Several months ago, there was quite the controversy in the small South-Caucasian nation of Georgia when its energy minister -former AC Milan football player turned politician- Kakha Kaladze started talks with Russian energy giant GAZPROM. These talks were necessitated by a looming natural gas deficit in Georgia in the short- to medium-term. The negotiations sparked fears of encroaching Russian influence in Georgian society and was met with popular protests.

While Russia’s relationship with former Soviet Union states can generally be described as being somewhere on a spectrum ranging from complicated to problematic, it has an especially difficult relationship with Georgia. After a short but destructive war in 2008, ending in the de-facto independence of two of Georgian provinces and the creation of a frozen conflict, the Georgian public is understandably weary of a Russian presence or influence in their country. Moreover, precedence has been set for distrusting Russian gas deliveries, as they ceased in 2006 under questionable circumstances during a harsh winter (at which time GAZPROM was the only supplier of gas to Georgia).

In recent years, Georgia’s natural gas use has risen markedly, far outpacing yearly economic growth. After the abovementioned 2006 debacle, the vast majority of gas is supplied by the so-called ‘strategic partner’ Azerbaijan. The price that Georgia pays for gas from Azerbaijan (SOCAR) is fixed through contracts. Georgia has the option to purchase 5% of the total volume of what is transited through its territory at a set (low) price. In other words, the ‘transit fee’ is proportional to the volume of gas that SOCAR transports. The remaining (small) amount comes from Russia through a transit agreement. Georgia is ‘paid’ volumes of gas in return for the allowing transit of GAZPOM gas across its territory to Armenia.

The vast majority of gas from Azerbaijan comes from the massive Shah Deniz field and it transported through the South-Caucasus pipeline which runs from Baku, through Tbilisi, to Ceyhan (Turkey). Currently, the field is in its first development stage and has a relatively limited production capacity. However, the second development stage is nearing completion and should expand production to around three times the current amount. First deliveries of the second development stage are poised to start in 2018. Initially, only to Georgia and Turkey, but when further pipeline-infrastructure is completed (TANAP) deliveries to the EU will start.

It has been asserted by the Georgian government in the run up to the GAZPROM negotiations that the technical limit of what Azerbaijan can currently deliver had been reached. The prospect of a large increase in volumes of gas transported from Azerbaijan means that Georgia will have an abundance of relatively cheap gas available, however, not until 2018. In the meantime, other solutions supposedly had to be found. Enter Gazprom.

Murky motives for starting the negotiations?

Some observers have accused Minister Kaladze and the Georgian government of underhandedness and outright corruption as they assert that the option of buying gas from Russia was kept a secret and that the eventual negotiations were initiated to further private gains of the politically powerful billionaire with financial ties to GAZPROM: Bidzina Ivanishvili.

However, Kaladze opened the door to the possibility of Russian gas deliveries in 2013 when he asserted the need to diversify its energy partners, also referring to Russia. Moreover, the potential for financial gains as a result of supplying a limited amount of gas to tiny Georgia appears to be an unlikely thing to compel Ivanishvili to instruct the government to wager political stability on initiating these controversial and deeply resented negotiations.

In regard to societal fears about the prospect of Russian gas deliveries themselves: the potential Russian influence is mitigated by three factors. First, the amount of extra gas needed is quite small in comparison to the gas coming from Azerbaijan. The likelihood of running into major issues is unlikely if energy is being used rationally, even if Russia decides to hike prices of the gas it supplies to Georgia for whatever geopolitical reason. Second, it would only be a temporary arrangement until the amount of gas coming from Azerbaijan increased substantially in 2018. Third, Georgia has a means to counterbalance Russian power plays because Georgia can block Russian gas supplies to Armenia (which are a major source of power for Russia in Armenia as they are the only supplier). Russia is unlikely to be willing to jeopardize its influence in Armenia in favor of re-emerging regional power competitor Iran (who could technically substitute Russian gas in Armenia).

In the end, the deal with GAZPROM never happened as Azerbaijan will take care of deliveries of the extra gas (at an overall reduced fee), despite previous reports of this not being technically possible. If the end-game for the Georgian government was to increase deliveries from Azerbaijan at a reduced price by leveraging different scenarios and competitively pitting suppliers against each other -and the whole negotiation saga was simply a dog and pony show- then they have succeeded. However, one can imagine that this would have had some consequences in terms of trust the government enjoys, from its ‘strategic partner’, Russia and the population. Moreover, it has the unintended consequence of laying bare the problems with current energy use practices and ineptitude of the Government in recognizing and addressing these issues.

The broader issue of the governments’ energy policy priorities

Taking a step back, the GAZPROM-discussion is the result of a larger problem pertaining to Georgia’s energy use and policies. If the Georgian government would have had a coherent and comprehensive strategy to increase energy/heating efficiency and adequately manage energy use; the civil unrest and uncertainty about Russian gas deliveries would have never become an issue, simply because the extra gas would not have been necessary.

As mentioned above, the rise of gas use in Georgia is enormous. However, this is hardly a surprise given current energy practices.

Most offices and homes in Western Europe are centrally heated to a pleasant 18-21 degrees Celsius in winter. However, many Georgian find this too brisk and prefer a temperature edging into the low 30s. The main way to cool one of these vigorously heated rooms (without insulation) is to open a (single-pane) window. Gas fired power plants are built instead of looking to obvious alternatives and villages are hooked up to the gas distribution network instead of stimulating the use biomass energy sources.

So what is the deal with Russian gas in Georgia? The real deal is that there is an enormous fear of GAZPROM in Georgian society that is slightly overdrawn and that outdatedness in thinking about energy use is the modus operandi in Georgian energy policy. Some have attributed the lack of willingness of the government to prioritize energy savings and efficiency as a remnant of Soviet-times where such a policy would be considered rationing and a state failure to provide the citizen with basic necessities. In trying to avoid such a characterization, the current approach to energy supply is preferred. Whether or not this is the cause is up for interpretation, however, it is clear that the outcome is something that should be addressed.