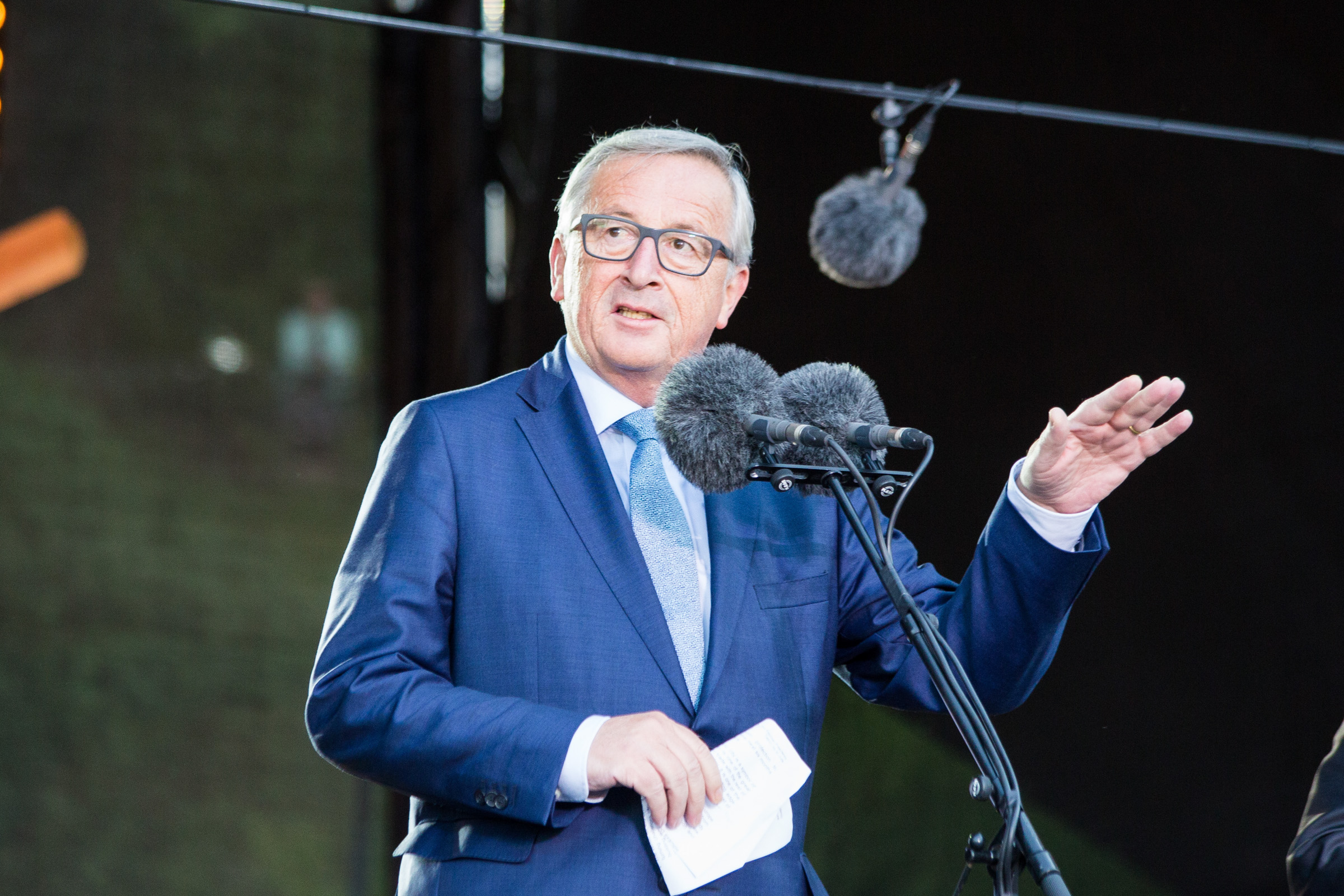 In his annual address to the European Parliament, European Commission’s President Jean-Claude Juncker set out a blueprint for his final two years in office, covering a wide range of policy areas. On his call for deeper and more inclusive integration for all Member States, I say we are rolling the ball back to the starting point: the avant-garde option remains the only plausible route to closer political unity in the continent.

Jean-Claude Juncker, the president of the European Commission, delivered his third “State of the Union” address to the European Parliament on September 13th. This is an opportunity for the Commission’s President to take inventory of the past year’s accomplishments and outline the policy agenda for the year ahead.

With the Eurozone finally bouncing back, and support for the EU on the rise, Mr Juncker’s annual address was more optimistic about the future than a year ago, when he warned the bloc faced an “existential crisis.” The key theme of the speech was that there is now a “window of opportunity” to build a stronger, more integrated Union, as the speech was accompanied by a letter containing a list of legislative packages for his final two years in office, in the conviction that this is the moment to begin shaping the President’s lasting legacy on Europe.

As the speech went down well, at least among pro-EU audience, for being audacious and forward-looking, I believe it’s time to analyse what Mr Juncker sees as necessary to steer the reform agenda. From trade policy and business regulation, which is where the Commission holds real power, to the effort towards increasing the role of electoral politics in the EU, several substantial initiatives stand out, including a package on international trade and investment screening, and a proposal to enhance transparency in the European Parliament.

Yet, here I want to focus on a less easy part of the speech: Mr Juncker’s call for deeper and more inclusive integration based around the EU’s core projects. Under his vision, joining the Euro, the open-border Schengen zone, and a future defence union, would become the norm, dealing a blow to the EU membership model ‘à la carte.’ During his address, Mr Juncker backed the creation of a European Monetary Fund (EMF) and a European finance minister, by placing responsibility for the Eurozone and for chairing the Eurogroup with a Commission vice-president. He also called for unanimity voting in sensitive areas such as foreign or tax policy to shift to qualified majority vote. This would need to happen through the so-called “passerelle clauses,” allowing national vetoes in certain policy areas to be eliminated without revising the treaties. However, it’s very difficult to use them: they are subject to unanimity among Member States and approval by the European Parliament, and as long as national parliaments do not oppose the measure.

Yet, it’s questionable – perhaps ridiculous – to suggest that national governments would surrender their veto powers if they object to a policy decision in the first place. Sure, the passerelle clauses do open a window to bypass veto rights, the principal safeguard of the intergovernmental model of decision-making, but what we are talking about here is an opening so small cats could not squeeze themselves into. No doubt, Member States knew what they were doing when they agreed on the Lisbon Treaty with all its provisions.

As to the creation of Brussels-based finance minister, the question really is whether this new figure combining the prerogatives of a Commissioner and head of the Eurogroup could become a piece of a finally larger federal structure empowering both the Commission and the Union itself. The omens don’t look good. After all, we already have an operational example to take cue from, the High Representative of the Union for Foreign Affairs and Security Policy (HR/VP): this too is a ‘double-hatted’ role rooted in both the Commission (as vice-president) and the Council (as chair of the Foreign Affairs Council). With what results? Arguably very limited, given that foreign and security policy remains a competence of the Council – that is, of the national governments – and are thus subject to the right of veto. It’s hard to envisage a different destiny for a Eurozone finance minister.

Nor is this ambiguity resolved with regard to the approach taken by Mr Juncker on the relationship between the Eurozone and the Union at 27. If there is any strategic orientation that is now gaining ground at different institutional levels it’s the idea that robust progress in political unity in a reasonable time can materialise only if, at least for a first phase, it’s a coalition of willing States to take it upon themselves. The logic of the Commission’s President rolls the ball all the way back to the starting point, by insisting on the amorphous Union at 27 (or 28, for that matter) as source of greater political and economic cohesion – being perhaps oblivious to the long shadows cast upon the continent by Hungarian walls. If we really want closer political union, the avant-garde option remains the best and only plausible route, unless someone feels like trying to win Orbán and the PiS Party over to liberal and supranational democracy. Until a new treaty will impose such an arrangement, no finance minister will be able to hold the reins of economic and fiscal policy across the bloc, and no passerelle clauses will suffice to force-feed the Member States.

Yet, overall, the proposals are surely better than showing narrowness of mind towards any kind of reform project. Mr Juncker put forward his policy blueprint for his final two years in office, and the ball lays now in the Member States’ court. We must hope that the President’s speech will truly emerge as a momentous step in the history of a “united, stronger and more democratic Europe”.