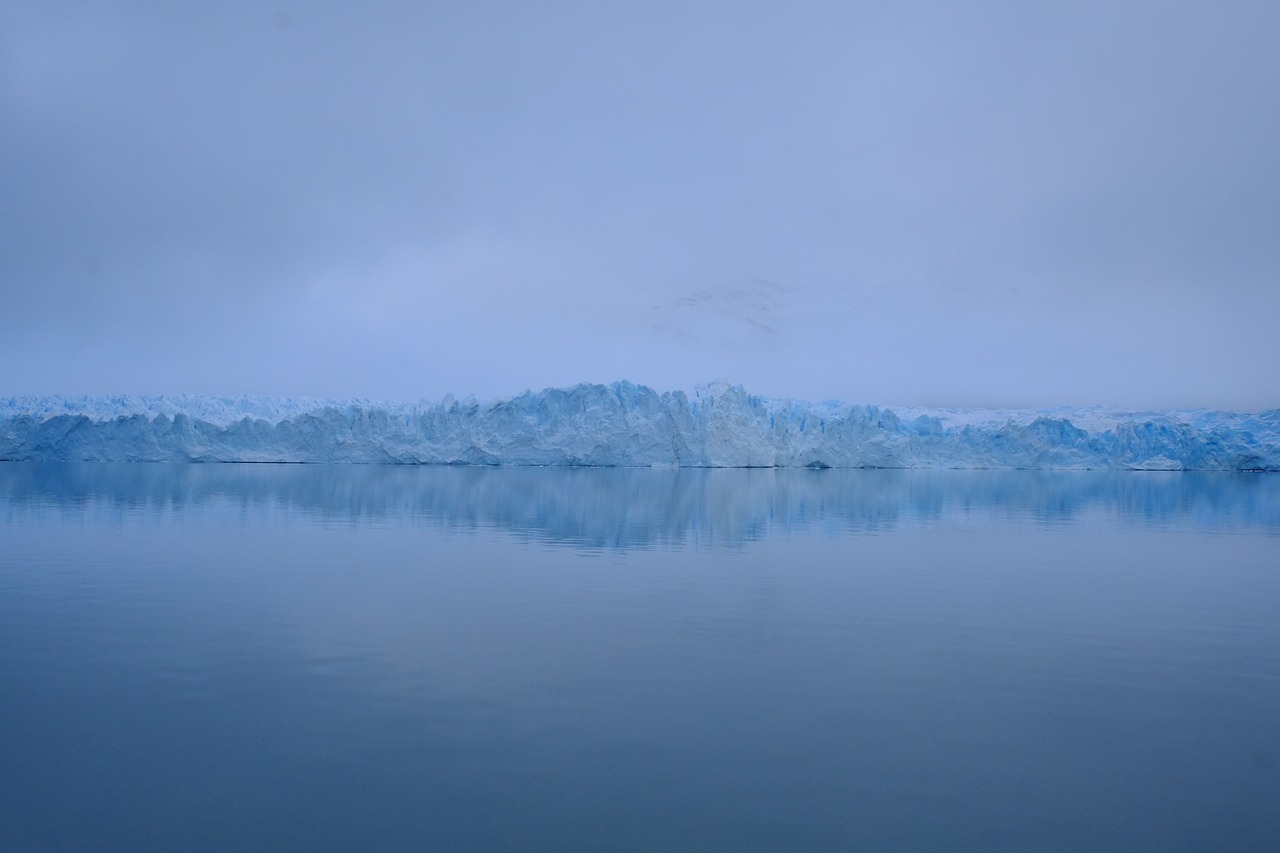 At the end of 2015 the world was full of hope. After 23 years of postponing, staling and log-rolling, we finally had a global agreement on climate change. Even countries that had long been skeptical about global warming, like the US and China, were ready to take action. The world community promised to keep global warming well below 2°C. It finally looked like states, citizens and businesses would be taking the right path.

Now, after a year of disappointments, it does not seem very likely. Climate change is moving faster than previously predicted. The first six months of 2016 were the warmest six-month period in NASA’s modern temperature record, which dates back to 1880. The devastating effects of global temperature rise might be here sooner than we think.

On top of this, it was not a good year for politics. Climate skeptical parties on the far right have grown significantly in Europe and the US and the EU is far from establishing satisfactory legislations on how it will achieve its Paris commitments. While the COP22 (the 22nd meeting of the conference of parties on climate change) failed to become the COP of action.

It is obvious that the US President Donald Trump does not care about climate change and it is becoming increasingly clear that his administration hates the very idea of reducing greenhouse gas emissions.  Trump plans to dismantle the Paris Agreement and to give a green light for drilling, in previous off limit places, like the Artic. The new president can also easily revive the Keystone pipeline (vetoed by Obama) and by doing so extend the country’s fossil fuel dependency.

His pick for head of the US Environmental Protection Agency (EPA) is one Scott Pruitt. A former Oklahoma Attorney General, Pruitt is a climate denier who has said previously he wants to dismantle the EPA’s Clean Power Plan, a key part of President Obama’s plan to make US States to reduce their carbon emissions. What’s worse is that Pruitt has also received a lot of funding from oil, gas and coal companies during his career.

ExxonMobil’s – one of the world’s biggest gas and oil company – chief executive, Rex Tillerson is the new US Secretary of State. Exxon is currently under investigation for misleading investors on the potential risks of climate change. The company is also under another investigation in the Philippines for human rights abuses. Added to all this, oil companies are not particularly well know for their enthusiasm for clean energy.

Some glimmer of hope is that Tillerson does believe in climate change. Though as Jeremy Symons, who works on climate politics for the Environmental Defense Fund, pointed out in Time Magazine “If the only voice that acknowledges that climate change is even real comes from a secretary of state who was CEO of one of the largest oil companies in the world, then that speaks volumes about where this [US] administration is headed”.

Trump winning the Presidential election does not just have implications for US policy on climate change. It has a global reach and sends a discouraging message. The United States is the second biggest emitter in the world and we cannot afford to wait four years (or eight years if Trump wins a second term).

EU got a plan?

The EU’s ‘Winter Package’ on climate legislation, published by the European Commission on 30 November, has proposed an increase in energy efficiency by 30% and a cut to CO2 emissions by 40% by 2030 compared to 1990 levels. All three EU institutions must first back the target before it can be enshrined into law.

Stephan Singer, senior advisor on global energy policies at Climate Action Network International, an NGO, told an event hosted by the Centre for European Policy Studies (CEPS) think-tank on 6th December that the Commission proposals lacked ambition. “The Winter Package could have done more. We in the EU can do more. The Commission could have been tougher on the member states that wanted less ambition,” Singer said.

The European Parliament has also previously called for a 40% energy efficiency increase, but the European Commission and certain member states were more cautious amid concerns that 40% may prove difficult to deliver.

This lack of ambition on climate change may continue. The EU Commission also seems increasingly wary of being too harsh with member states after the surprising Brexit vote and increased sympathy for EU skeptical parties.

The European Emission Trading Scheme (ETS) will, thankfully, be revised in 2017. This is extremely important, ETS is one of the key ways that the EU has tried to combat global warming. Unfortunately, so far the amount of emission licenses in current circulation is a lot, which has meant that there has not been any real trading of these licenses. In other words, its not really having the desired effect of reducing emissions.

If member states can agree to reduce the supply of these trading licenses drastically, we will see a key shift towards more sustainable technology. Though, I do not put much store on this becoming a reality without member states getting their act together on climate change.

German, Dutch and French elections next year do look likely to consider installing people who are not thinking about global answers to a global problem.

Populist far right parties in all three countries – the Alternative for Deutschland (AFD) in Germany, Geert Wilders party in the Netherlands and Le front National (or the National Front) in France – continue to climb in the polls. And after Trump’s victory and Brexit, I am no longer so confident that they won’t succeed.

Regardless if the populists win or not, the discourse has changed. In France for example, they talk less about climate change (or the economy for that sake) and more – as pointed out by the Economist – about mosque’s, “what it means to be French” and culture.

“This was a non-COP”, Singer said at the CEPS event. He noted that during the UN’s 22nd COP the main failure was to not reach an agreement on finance to help developing countries shift towards a green economy.

Furthermore, he said there was still no push to move the world towards a renewable society with zero emissions. This is key; we now have the technology to make the shift. Yes, it will involve huge investment but this is a price worth paying. If we increase production of wind turbines or photovoltaics, the cost will dramatically go down and this is what is beginning to happen in many countries, like Denmark and Germany.

The problem is that we are still talking about best practices and good examples when the big shift must come sooner than later. Yes, the Scandinavian countries are shifting towards clean energy but they are not the biggest emitters and their commitments are unlikely to prevent global warming. This is a global problem and it does need global action.

Some glimmer of hope is that the case of investing in renewables is becoming economically viable. Growing investment in renewables has already rapidly expanded this technology and pushed down prices. Indeed, America’s Bureau of Labour Statistics has predicted the demand for wind turbine service technician will be the fastest growing job sector between 2014 and 2024, with 108% growth.

Another positive sign is initiatives like the Renewable Energy and Energy Efficiency Initiative (REEEI) for Sustainable Development launched by the Least Developed Countries Group – made up of the world’s 48 poorest countries including DR Congo, Nepal and Ethiopia. The REEEI is a knowledge-sharing platform that could help developing nations to fulfill their climate pledges and help them get access to clean energy.

Also positive is the announcements from the US, Canada, Germany, France and Mexico of long-term plans of emission reductions by mid-century. Germany is targeting an 80-95% cut from 1990 levels in line with EU ambitions, while the US and Canada’s plans aim for an 80% reduction in emissions from 2005 levels by 2050.

France’s plan is even more ambitious. Their report, points out that in order to hit the 2050 target the country will need to cut 9-10 megatonnes of carbon dioxide every year and cut energy emissions 96% by mid century.

However, the question remains how and when. Also using what technology and what policies to achieve these cuts. The countries at the last COP failed to agree on this and no countries afterwards have really come up with the answer to where the heck do we go from here?

I do not have the answer either. But I do have some faith left after this awful year that maybe just maybe Trump is not so blind and ignorant, the EU will stand up and believe in the European dream – that we can work together for the common good – and the UNFCCC process will put pressure on world governments and be that beacon of hope. Change may yet be possible.