Afghan migration is a problem – but not only for Europe 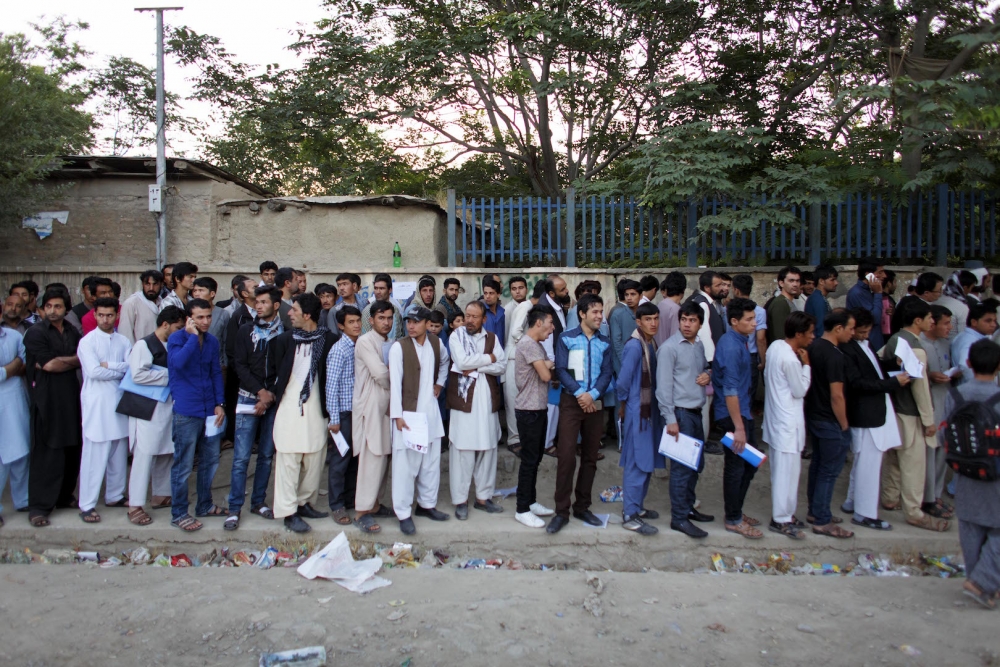 We are reading about migration to Europe and asylum seekers every day – among them are many Afghans. But who are they? Why do they leave their country? What is the impact of their exodus on their country and the families they leave behind? And what can the Afghan government do to prevent its citizens from taking such a dangerous journey?

In 2015 between 250,000 and 300,000 Afghans have left their country. Out of the million refugees who have reached Europe last year, Afghans were the second largest community, only after Syrians. With a deteriorating economic and security situation, migration has become ‘epidemic’ among Afghans.

Aggravated by the NATO presence, the constant threat of Taliban despotism, as well as unemployment and general political instability are pushing masses to migrate to Europe, risking their lives on the way. These Afghan asylum seekers are mostly young men and families but also underage children who travel by their own. Many of these migrants sell all their belongings to pay smugglers taking them to Europe.

While many are making the journey for abovementioned security reasons, also so-called economic migration is on the rise. Unemployment is a major factor pushing many thousands to seek asylum in Europe – in the hope for a life in dignity. Statistics show that in Afghanistan the rate of unemployment increased from 25% in 2014 to 40% in 2015. The country’s population is young, but governments over the past 15 years have repetitively failed to use this potential and provide jobs. Although the current regime promised to create jobs and cut the unemployment rate, thus far these have been empty words.

After 15 years of the NATO and Afghan National Forces’ fight against the Taliban, Afghanistan remains one of the most dangerous places in the world. Every year thousands are losing their lives, with 2015 marking a sad record with 3,545 civilian deaths, according to United Nation figures. This war is claiming more lives every day – most causalities being women and children. One cannot fail to see that the resulting mass anxiety is behind the Afghan exodus.

While many Europeans worry about refugees and migrants, we often fail to understand the negative consequences emigration has had, and will have, on Afghanistan. Brain-drain, capital flight and psychological trauma are haunting the Afghan society. Yes, hand in hand with the political and economic disaster goes the psychological one. Health officials estimate that 30% out of the country’s 31 million people are already suffering some kind of mental illness. How can a society with a traumatized 30% thrive and prosper!?

Now, what can the Afghan government do? For once, it must embrace the principle of meritocracy. The nepotism of a corrupt system has left an aspiring and educated youth who have studied in Afghanistan (and often abroad) little to no chance in their home country. After months and years looking for a job, the highly educated young give up and seek a better future in Europe.

As a consequence, the country continues to be dependent on foreigners’ skills, knowledge – and money. While Afghanistan has been dependent on foreign aid for many years, it is claimed that the current wave of emigration has led to capital flight of $2 billion. For an economy with a 2014 GDP of $20.04 billion this is highly consequential. It causes the Afghan USD cash reserves to shrink even further, and it depreciates the local currency Afghani. In fact, in 2015, during the peak of migration crisis, the Afghani lost its value by 17% against the US dollar – emigration being a core reason.

But there seems to be little if any reflexivity and learning in the Afghan government. How else can one explain Afghan president Ashraf Ghani’s recent ‘mishap’ in a BBC interview where he declared to have “no sympathy for Afghan migrants?” Ignoring the consequences, he let his own people down.

Afghan civic society and international organizations are in vain raising public awareness about the potential dangers of migration. To effectively tackle the problem of migration, for both Afghan society and European ones, the government policies must address its root causes: The government must decisively fight corruption, create jobs, and secure the rule of law. In all its actions it must be take inspiration from the principle of meritocracy.