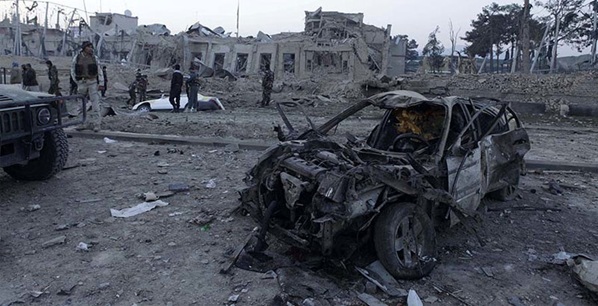 Recently the EU and the government of Afghanistan signed a readmission agreement, a deal made ‘migration sensitive’ as it transpires from an EU Restricted Country Fiche proposing possible leverages, dated March 2016. The EU pledges to provide financial aid for development and peace-building in exchange for Afghanistan’s approval to admit back failed asylum seeking nationals. Does this deal align with the principle of ‘non-refoulement’? Is Afghanistan a safe third country?

Against the backdrop of the 2015 and 2016 so-called ‘refugee crisis’ we have seen the EU and several European countries adopt increasingly restrictive measures to stem the migration flows: from building fences at the border of Hungary and Serbia, to tightening of requirements for residency in Denmark, to the scrapping of passport-free travel in Denmark, Germany, Austria, Denmark, Sweden to name but a few. The European return policies at this time have also attracted a good deal of attention. One of the controversial measures adopted by EU has been the signing of agreements with third countries to readmit those whose asylum application has been rejected on European territory. One such agreement is the “Joint Way Forward”, an agreement reached on 2nd of October 2016 between EU and the Government of Afghanistan. The stated purpose of this deal was to help the two parties tackle the challenges of irregular migration on both sides and to help the reintegration of returnees.

According to Eurostat, Afghan nationals represented, in the second quarter of 2016, the second largest group of asylum applicants in Europe, after Syrians.

The recently agreed upon deal gives EU member states free hand to deport (voluntary and forcefully) Afghan nationals who have not been granted asylum in Europe. Even though the document is not legally binding it opens up avenues for states to return anyone including unaccompanied minors (upon successful tracing of their families or setting up of reception facilities in Afghanistan – meaning they can still be returned even when families were not traced), women, elderly and sick people – provided they are offered ‘adequate assistance throughout the entire process’.

This deal comes after in 2015 the Afghan government pleaded with several European states (Denmark, Sweden, UK, France, Netherlands) to stop sending back failed asylum seekers due to a worsening of the security situation, a trend which continued in 2016. The United Nations declared almost half of the country’s provinces to be at high or extreme risk as the Taliban seized larger areas of the country than ever before. In the 2016 report UNAMA (UN Assistance Mission in Afghanistan) called the first half of this year to be the highest, since recording began in 2009, in civil casualties – 1,601 civilian deaths out of which 388 were children and 3,565 injured civilians, out of which 1,121 were children. The EU however, continues to consider Afghanistan a ‘safe country’. This, also in spite of the fact that in the March Country Fiche, the European Commission notes it to be difficult to map out the safe areas due to the unpredictability of the conflict on the ground. The deterioration of the economic situation and increased levels of terrorist attacks are marked by the EU as main push factors and causes of further migration flows. Furthermore, it appears the EU understands the threats to which Afghan people are subjected within their own country – given the percentage of positive responses to asylum application (53% in the 2nd quarter of 2016 received some form of international protection in EU), yet 80.000 people are to be deported under this newly signed agreement.

Apart from discussing the pure statistics, we need to ask ourselves, what will happen to the people sent back; people who often lack the support of social networks, impoverished and without prospects of employment, young people who become susceptible to recruitment by criminal networks or fall victims of such networks. A tragic such example is that of brothers Vahid and Abofazl Vaziri, sent back from Denmark in 2015. After they accidentally separated, Abofazl – still a minor was found dead by his older brother.

The UNAMA report records that most civilian casualties are due to ground engagement, suicide attacks and improved explosive devices. Numerous violations of human rights are documented: abductions, sexual violence against boys and women, attacks on schools and medical facilities – all of which have severely affected the people’s access to basic services, livelihoods, healthcare and education.

The deal with Afghanistan was allegedly created to promote peace-building, development and to facilitate reintegration of returnees. What does reintegration mean in a country where violence of all kinds and death takes place on a daily basis indiscriminately?