Are women the answer to Bangladesh’s climate question? 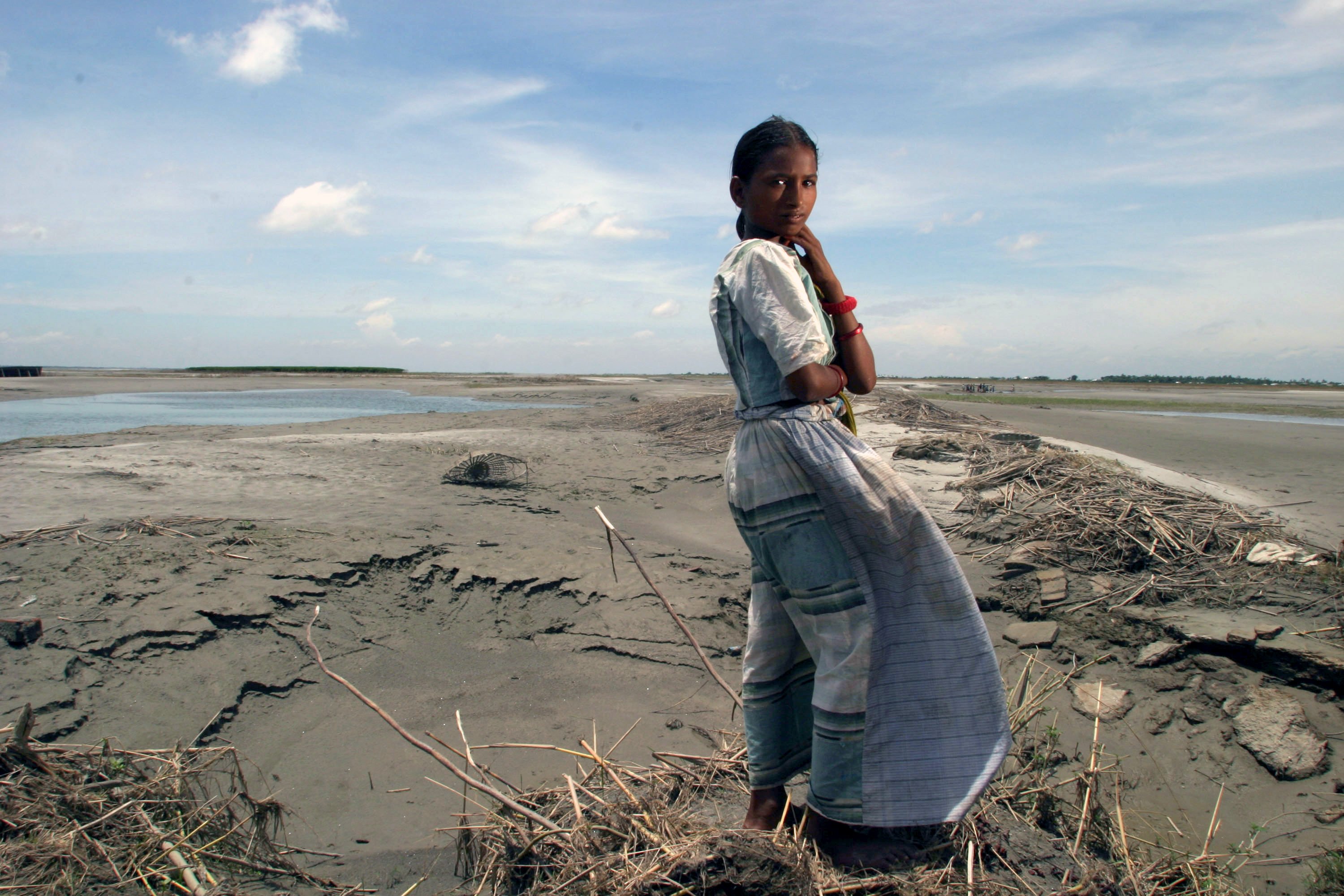 The discourse at the international level has largely ignored gendered aspects and responses to climate mitigation issues. Several studies have proved that climate change has adverse impacts on the disadvantaged and poverty stricken groups, women being most affected amongst them.

The alarm bells have been ringing for Bangladesh with many rich countries getting cold feet to fund climate change adaptation program. At low elevation and a deltaic country, Bangladesh has been included under the high risk vulnerable countries and is prone to frequent floods and cyclones. While the rising costs of climate adaptation have been crippling, there have been lukewarm efforts on the part of rich countries to support Bangladesh in its struggle. Keeping these challenges in mind, I would like to substantiate how women can be effective change makers in the realm of climate change adaptation in Bangladesh.

Though in theory the Government of Bangladesh has taken considerable steps to tackle harmful effects of climate change, results are hardly visible due to reliance on funding from international organisations. Moreover despite putting women and children in the most vulnerable groups in disaster situations, the process is yet to become gender sensitive.

The discourse at the international level has largely ignored gendered aspects and responses to climate mitigation issues. Several studies have proved that climate change has adverse impacts on the disadvantaged and poverty stricken groups, women being most affected amongst them. Despite existing statistics and researches there still exists a huge gap in translating gender concerns into reality. This is more evident in the male style functioning of the organisations responsible for designing policies to combat climate change with its roots in poor understanding of men’s and women’s different coping strategies in disaster situations.

It becomes pertinent to highlight how international policy frameworks have failed to provide a blueprint for vulnerable countries such as Bangladesh. The UNFCC and IPCC are yet to integrate gender sensitive measures in drafting sustainable response towards climate change. European Union Framework has poor representation of women at the decision making levels. Moreover Germany which has been one of the countries that have adopted renewable methods of energy reflects low percentage of women in integral departments as well as companies that produce such technologies.

By putting the core issues in the international arena into context I would like to highlight how the traditional set up in the Bangladesh society acts as a double edged sword for women who already find themselves in a disadvantageous position by virtue of their social status. Lack of gender analysis in response programmes fail to identify gender relations that determine the socio-economic situations of men and women and further exacerbate the already existing tenuous efforts in this direction.

Bangladesh has set up good cyclone shelters but that still has not been modified in order to cater to the gendered needs like toilet facilities for women. Women are also prone to sexual harassment in such places. Lack of access and property rights over land and water pushes women to the fringes of food insecurity and malnutrition, driving many of them into large rackets of human trafficking. Not only women as farmers contribute to the household income but also share the double burden of managing the household. Some young girls have to drop out of school to fetch water and wood since the immediate surroundings are often lying fallow under extreme drought conditions. Poor sanitation facilities have stark effects on the health and well being of women. The warning systems have also been ineffective in responding to the needs of women since the information available through them is not easily understandable. The crowded shelters have serious repercussions for women’s reproductive health; there have been instances of miscarriages. Prolonged exposure to water clogging and saline conditions result in long term gynecological problems for women and girls, these include premature birth and abortion. Water borne and skin diseases are rampant and responsible for the deaths of many children.

Women have been proven to have a lower survival rate than men in disaster situations. Despite this, some women have come forward to take preventive measures against the hazardous impact of climate change. From growing vegetables to using organic manure and flood resistant soil and crops women have revolutionized traditional methods of agriculture that have been instrumental in keeping the problem of food security at bay. Few coping strategies also include raising ducks in saline water conditions. Traditional knowledge that is usually a reserve of women thus becomes vital to climate change and disaster preparedness.

It is said that a woman goes on to affect her entire family, thereby it is important to give her the socio-economic freedom to tackle these challenges. The information disseminated for disaster preparedness has to be more inclusive towards women. Financial support through self help groups could hold the key to pull out women out of acute poverty conditions as well as more representation of women at the local governance level could amplify their voices.

However, lack of support to such initiatives by women coupled with gender blind mitigation policies will only worsen the problem. The need of the hour is to appoint more women at the mitigation and coping policy framework. Apart from that it also requires a change in mindset which challenges the prevalent notion of unequal gender relations. Some hand holding is also required from international organisations which can act as pressure groups in effective monitoring and implementation of climate change policy. This process is a multi-tiered one and would require efforts both at the national and international level.