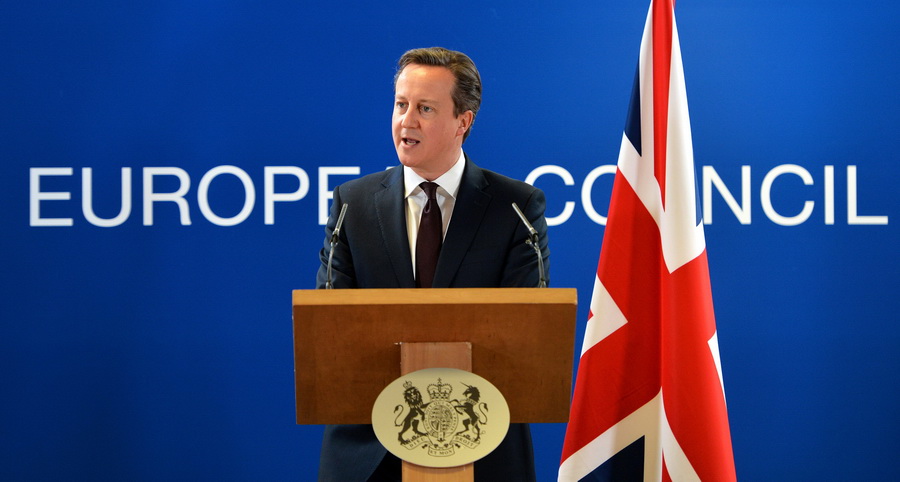 Leave or stay? The history of the Eurosceptic movement in Britain is easily exploitable for the Leave campaign. In contrast, the Prime Minister who struggles to assuage fears of an “Ever Closer Union” suffers from his past strategy aimed at an appeasement of the Eurosceptics within his own party.

Liam Fox and David Cameron, formerly cabinet members of the same government and equally opposing any supranational defence policies, now represent not only the Tories̕ split over the question of EU membership but also, and more importantly, the ambiguous correlation between legacy and credibility in the ongoing Brexit debate. Fox personalises the pro-campaigners̕ confidence in intergovernmental policy outputs, Cameron, in contrast, struggles to credibly convey the idea of a European framework leaving Britain sufficient leeway in national decision-making.

The bitter pill for David Cameron: The credibility problem on the basis of which the entire Remain campaign can be easily discredited as a strategically motivated bogus campaign derives its origin from the long-lasting misdirection of his own policy debate management.

Other times, other tunes? Let’s take a look back and see how it works.

Six years ago, the UK and France agreed on a bilateral defence and security cooperation treaty (Lancaster House Treaties) intended to introduce a more cost-effective delivery of military capabilities by means of joint acquisition and usage of equipment and technology, improved inter-operability, and greater information-sharing. Then British Defence Secretary Liam Fox was at pains to point out that this alliance was completely detached from any European Union interference and therefore no push for an EU army whatsoever. Likewise, the British PM David Cameron dismissed potential Eurosceptic Conservatives̕ fears that British sovereignty was undermined.

Three months ago, in his statement issued after a follow-up meeting with French president François Hollande in Amiens, Cameron underscored the importance of this Anglo-French cooperation, yet reserved a good part of his speech to how coordination within the EU made a positive “tangible difference” to the scale and breadth of common security and defence measures. The message: EU membership amounts to safety.

A few days ago, reports about putative EU army plans deliberately kept secret by the EU’s HRVP Federica Mogherini brought a known figure back to the scene, Liam Fox. Europe’s defence ambitions revealed a “dangerous fantasy”, he said, jeopardising Britain’s security by possibly cutting off ties with the US, its most powerful ally. The message: EU membership amounts to self-endangerment.

The effectiveness of Cameron’s belated hymn to British EU membership is questionable as the pro-Brexit advocates are able to take part in the looking-glass world as well. One of their favourite arguments is that outside the EU Britain will be strong enough to strike all the international agreements it needs. The Lancaster House agreement is adducible as an instance here and thus serves the Brexiteers as a confirmation of Foxian politics. In effect, the Brexit-context allows the Eurosceptics to unite and turns a potentially dangerous agreement into an admirable piece of a non-EU state-to-state diplomatic exercise.

Hence, in the eyes of pro-campaigners the Prime Minister proves himself and any kind of “Brexit-panicmongering” wrong, in virtue of his own 2010 words.

Cameron’s strategic position is not near as comfortable. His rather sudden shift to a strongly pro-European argumentation does not correspond well with the Status Quo bias widely associated with his position. If EU membership was so valuable for the British people all the time, how could the Prime Minister remain rather indifferent, diffident or openly sceptical with reference to EU affairs most of the time? “Well, for some reason or another, probably due to big business lobbying, it turned out to be in his interest to keep Britain in” – this is one version of a Eurosceptic answer.

Seen from this very same angle, Cameron’s EU-deal including an opt-out from an “Ever Closer Union” might be a diplomatic feat but is, after all, profoundly dishonest, also keeping in mind the EU’s overwhelmingly strong anti-Brexit interest. The European Arrest Warrant is another contentious issue David Cameron is criticised for handling opportunistically. This line of argumentation peaked when he was claimed to be a “closet Brexiteer”.

Yet, this “credibility trap” was avoidable.

Rather than dodging a substantial debate about the best possible relation between the UK and the EU, as Cameron did in the 2010 Lancaster House case, he could have explicated why this treaty is one piece of the UK’s security strategy among many others, just as he did earlier this year. To prevent a party uproar, however, he favoured an appeasement policy directed at the (ardent) Euroskeptics within his own camp. This decision appeared to be strategically apposite in the short run at that time when Brexit was not on the agenda.

Resources are limited in politics, of course, yet Cameron could have seized the chance to explain: A bilateral agreement like the Lancaster House treaty is formed at the national, non-European level but is not by any means anti-European in its effect.

In most general terms, he could have called to people’s mind the fundamental European principle of subsidiarity according to which national solutions are privileged over European ones wherever possible. More specifically, he could have initiated a more nuanced public dispute over European defence politics by referring to an innovation in the 2009 Lisbon Treaty that allows for a group a member states to take advantage of a more flexible, less politicised security and defence mechanism.

The independents, those who are undecided yet, will tip the scales on 23 June. To win their approval of “staying in a reformed EU” (one of David Cameron’s campaign slogans), all Remainers should make clear: The EU has been a self-reforming organisation all the time exactly because of such critical voices as those raised by all British PMs ever since the UK joined.

For political credibility is a matter of substantial reliability.