Brexit’s forgotten alternatives: are they feasible? 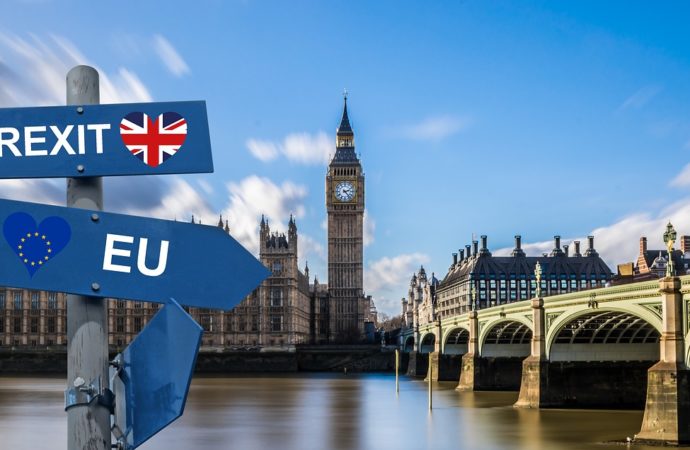 Far from providing a solution to UK’s frustrations in terms of immigration, payments to the EU and red tape, a withdrawal from the EU would wipe out the exceptional benefits which the UK already enjoys under EU membership.

What the Brexit debate demagogically omits is that the eventual status of the UK (through the levels of European economic integration or outside of them), will depend on what agreements the UK will negotiate with the EU and with third countries. There is a gap in the discussions around how the final arrangement of a UK outside of the EU would look like, with neither the leave nor the stay campaign interested to propose feasible settlements. Similarly, the way the referendum itself is organized and phrased does not give UK voters a say on the UK’s status in case of Brexit. Being aware of what viable alternatives sketch out should be a relevant factor in voters’ decision.

A first alternative arrangement in case of Brexit – that of a customised relationship which would guarantee continued access to the single market while escaping EU rules on the free movement of persons – is not a possibility. The Treaties do not permit such special status of half-membership, and endorsing the challenging procedure of Treaty revision as regulated by Art. 48 TEU, seems unlikely in the current political climate of Euroscepticism. On its side, the EU should not allow a sort of ‘pick and choose’ approach to the indivisible package of free movements of goods, services, capital and persons, as this might encourage other member states to ask for similar arrangements, thus jeopardizing the EU project.

In case of a UK exit from the EU, the Treaty would need to be amended anyway and the eventual withdrawal treaty could lead to several arrangements. The option of joining the EEA and emulating the Norwegian model is not attractive enough to the UK: payments to the EU budget would remain almost unvaried and compliance with single market rules – including free movement of labour – would still apply without the UK having a vote on them. Similarly, it is highly unlikely that the EU will concede the UK to adhere to EFTA and follow the Swiss model based on sectoral and bilateral agreements, due to the lack of automatic and legally binding mechanisms to update the bilateral agreements and make them comply with the acquis communautaire.

The remaining alternatives are joining the EU customs union on the Turkish model, negotiating an FTA with the EU, and trading with the EU under WTO rules, but none of these arrangements is satisfactory enough for the UK nor for the EU. Although not legally bound to EU law anymore, in order to be eligible for accessing the EU market, in any of these scenarios the UK must still de facto comply with EU rules – including transposing directives into its domestic body of law, following ECJ’s interpretations, and contributing to the EU budget – without being able to participate in the decision-making process. Additionally, the abovementioned alternatives do not regulate non-tariff barriers (such as product standards and technical specifications, consumer protection, competition policy) nor cover the service market, a factor which might restrict financial services between the City of London and the EU and be detrimental for a country whose share of global exports ranks second behind the US.

As a third country vis-à-vis the EU, the UK would face EU’s external tariffs, re-establish the politically sensitive border with the Republic of Ireland, and conclude anew agreements under the auspices of international law and the principle of reciprocity. It will be difficult to negotiate separate agreements with single member states, give preferential treatment or relax immigration requirements towards German and French to the detriment of migrants from periphery countries, as this would trigger the EU’s fundamental principle of non-discrimination. Vis-à-vis third countries, it will be logistically difficult to re-start negotiations, as since its access to the EU in 1973, the UK has given assent to the Union’s exclusive competence on trading and commercial relations. Moreover, once outside the EU, the UK alone will considerably reduce its bargaining power, thus securing less advantageous deals than those negotiated by the EU bloc. Already with a relatively open economy, the UK would have little to offer to its trading partners, and it might end up conceding wider market access than what it would be able to get in return.

None of the alternatives explored above seem viable, because none of them is ambitious enough for the UK nor acceptable for the EU. The most desirable outcome is that the UK remains an EU member state. Outside of the EU, the UK would cease to benefit from EU’s 60 FTAs agreements (including the TTIP agreement with the US) which account for 35% of world trade. 2 million UK citizens living in the EU would lose protection of EU citizenship in matters of residence and social security schemes. UK companies could not rely on freedom of establishment and vice versa EU firms would face obstacles in accessing and settling into the UK territory. Some companies – including Nestlé, Hyundai, Ford and Goldman Sachs – have already expressed the intention to reduce their presence in the UK territory in case of a Brexit.

Far from untying the UK from EU regulation and red tape, a Brexit would open a long series of legal loopholes which were stemmed by the EU’s exclusive competence. The UK already benefits from rebates to EU budget, has an opt-out on border control and is not legally bound to pursue an ‘ever-closer Union’ nor to adopt the Euro. It already enjoys an exceptional and favourable status within the Union, which it should preserve.