Calling for a right to resettlement ahead of UN refugee summit 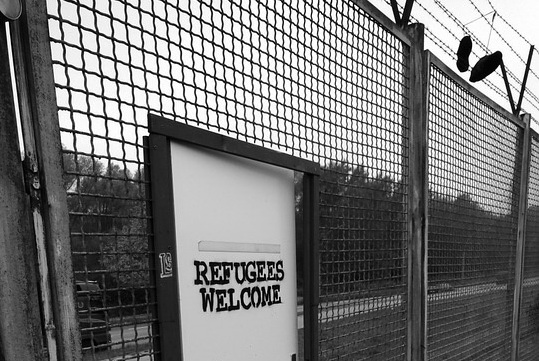 During a meeting on how to manage refugees’ expectations, I was reprimanded by my superiors for adding to my introduction in resettlement interviews with refugees that there is no recognized right to resettlement. This is certainly not a shock to most people, but it was a shock to the people I interviewed. It certainly made them upset to hear it. My superiors said it was cruel. Working for a small aid organization, we turned down many in need refugees asking for financial, legal, and medical assistance, and yet none of that was deemed cruel.

I only understood why that particular part was cruel when I read the works of Hannah Arendt, a German Jewish philosopher who was a refugee herself. Following the events of WWII, Arendt showed the inseparable link between human rights and citizenship, as in reality all human rights require membership of a state to grant or violate it. She wrote that a refugee ‘has lost the very qualities which make it possible for other people to treat him as a “fellow” human. The prolongation of their lives is due to charity and not right, for no law exists which would force the nations to feed them; their freedom of movement, if they have any at all, gives them no right to residence which even jailed criminals enjoy as a matter of course; and their freedom of opinion is a fool’s freedom, for nothing that they think matters anyhow”. Arendt argues for a right to have rights or a right to belong against the loss of belonging to a state where entire communities of refugees suffer not merely ‘a loss of home but the impossibility of finding a new one, constituting thus an expulsion from ‘humanity’ itself. To fight this expulsion, Arendt isn’t necessarily calling for a right to asylum by which they can still be excluded and continue to be only refugees but a right to be resettled into new communities. Only after a right to resettlement is acquired can the substance of other rights like work, residence, and citizenship be achieved.

Michael Walzer, an American political theorist, mirrored a common thinking when he wrote “the fundamental human right of refugees is not to be admitted here or there but simply to be helped”. Certainly, refugees need help; however, it can’t depend on random acts of charity but must be placed in an institutional setting.  Seyla Benhabib, a contemporary philosopher and author of the rights of others, would answer that help “need[s] to be leavened through democratic attachments and constitutional norms”. For Thomas Pogge,  author of world poverty and human rights, to fulfill a duty is not to simply refrain from infringing on someone’s right, but to design our systems so that they can access the substance of their right.  We can’t depend on spontaneous acts of mercy; we must design an effective and encompassing resettlement system. As it stands today, resettlement systems were created for exceptional cases; it crumples when faced with a large number of refugees. The UNHCR system, takes too long, and so dependent on luck and charity that it demolishes its function as a protection tool. An effective and encompassing system will provide more legal pathways to developed countries, adequate funding for host states and gate cities to improve their facilities for the economic benefit of both the community and refugees, and finally responsibility sharing among states based on their economic abilities.

Amidst a toxic political discourse, efforts to increase resettlement places continue to frustrate. The historic first ever UN refugee summit on 19th September has already been declared a failure after states failed, last month, to agree to share responsibility and resettle even 10% of the world’s refugee population in the pre-summit draft declaration. In Europe, The proposed Union Resettlement Framework published last July has been criticized for using resettlement as a tool for migration control rather than to provide assistance to vulnerable refugees.

Perhaps it is not realistic to call for a right to resettlement, but resettlement is the only realistic solution for the refugee crisis. The solution that would prevent the expulsion of refugees, grant them back their human rights, and prevent any country from being disproportionality overwhelmed.  In the end, whether it is the refugee crisis today or following WWII, we have continuously failed refugees by not recognizing the cruelty in refusing to resettle them because in reality we are denying them all their human rights.