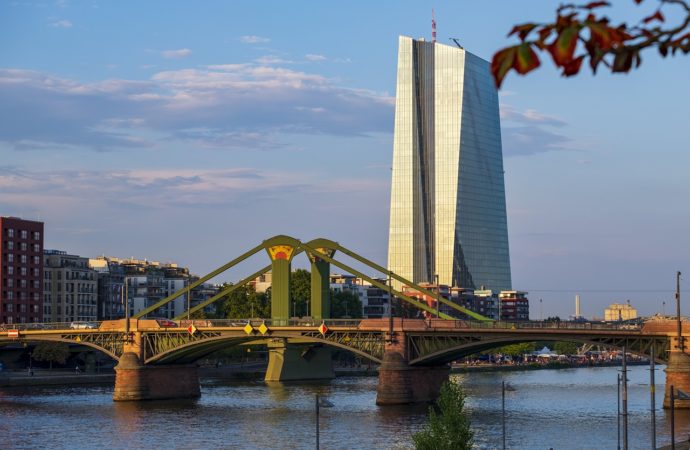 The European Central Bank possibly is the most politically independent central bank of our times. But a new era of populism and the related pressures on central banks in the US and Great Britain should catch the attention of European policymakers concerning the relationship with their central bank.

Donald Trump and Theresa May did not only shake things up politically in 2016. Regarding monetary policy, both leaders are likely to appoint politically compliant governors, silently starting to undermine central bank independence. In Europe, the latest protests against the ECB criticized this very dichotomy between an independent central bank and an allegedly democratic European Union. In the light of current internal and external developments, the EU should therefore reconsider the premise of central bank independence.

The arguments in favour of central bank independence seem convincing at first sight: experts pursue their objectives – regardless of who sets them – as they see fit, without interference or pressure from politicians. They are accountable as long as there are quantitative, observable and verifiable yardsticks by which their performance can be measured. This is why commitment to price stability through the pursuit of a clearly stated inflation target by an operationally independent central bank has become the canonical model of monetary policy. As of today, no established alternative mechanism to control inflation exists.

But two major problems arise when taking a closer look. First, economic consensus is shifting, as many economists agree today that formal central bank independence does not necessarily lead to improved economic outcomes. Second, when evaluated in the light of democracy, especially accountability and transparency, central bank independence falls short. In particular, the higher the level of de jure independence of the central bank is, the lower the level of accountability and transparency tends to be. The ECB is regarded as one of the most independent central banks – however, this makes it neither very accountable nor very transparent. Whilst other policy areas like fiscal policy or health care are equally complicated yet democratically governed, monetary policy is kept under special protection, allegedly too technical for people to understand. In the case of the ECB, central bank independence can thus be seen as the institutionalization of the patronizing attitude responsible for much of the EU’s detachment from its citizens.

At the ECB, nobody can be held accountable for bad decisions or mistakes. This is particularly problematic because central bank decisions “involve trade-offs, judgments about whether the risks of inflation are worth the benefits of lower unemployment. These trade-offs involve values”, as Nobel-prize winning economist Joseph Stiglitz argues. Under central bank independence, the population cannot influence these values to decide whether monetary policy benefits the large of society, or a small group at a given time.

Also, the ECB’s institutional setup lacks transparency. Despite its commitment to transparency beyond the legally binding degree, the ECB is still amongst the least transparent of all central banks. In times of crisis, rising populism and anti-establishment sentiments, the consequences can be severe. Besides the potential for trust-based societal stability, more transparency would enhance the effectiveness of forward guidance by avoiding surprises that shake up markets.

Democracy is quite literally the rule of the people – how can this be implemented when it comes to monetary policy? Ideally, for the people to claim democracy in an undemocratic policy area, emphasis has to be put on accountability and transparency. Also, the hierarchy of values created in times of broader consent about the benefits of independence, and the idea that price stability should be prioritized over growth and employment, must be redefined today.

While the ECB slowly starts moving in that direction, there is no way to make sure it continues. De jure and de facto, it is equipped with a strong institutional protection from ‘attacks’ against its independence. The obstacles to exert influence over the ECB are massive, as unanimity – almost impossible to reach within the EU – is required for changes to the Treaties. This is anachronistic and risky.

With right-wing politics, populism and protectionism on the rise, the EU must anticipate the challenges to its institutions, and improve on accountability and transparency, without necessarily marking the end of an era of central bank independence. As independence is a continuum rather than a binary, changes don’t have to be radical. Economists de Haan and Eijffinger suggest three precise solutions – granting parliament the right to review the central bank, introducing an override mechanism for its government, as well as a dismissal procedure for leading bankers. If stability is to be maintained, the EU must discuss these options.