Change must also come from within: Sustainable Sweden is far from sustainable enough 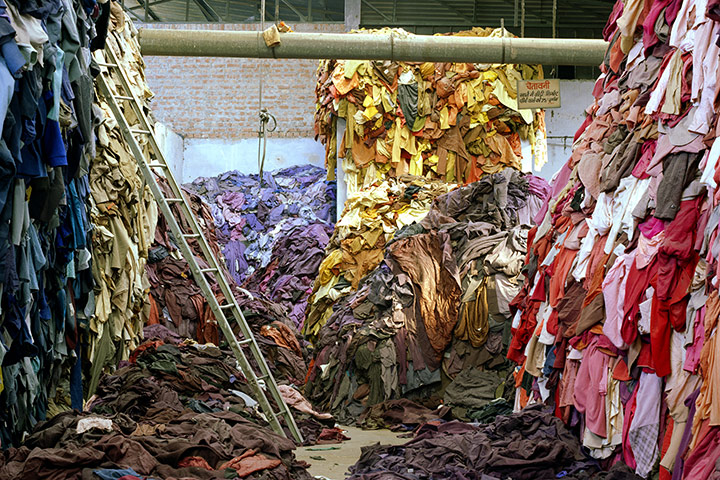 Sustainability cannot just be about greening the production cycle – it is a chance for us to change and, again, live in accord with the planet.

“How can all these people

Afford so many things?

When I was young

People wore what they had on”

(Neil Young – Falling from Above)

Sustainability cannot just be about greening the production cycle – it is a chance for us to change and, again, live in accord with the planet. When Sweden and the other 27 EU Member States signed the Paris Climate Agreement in December 2015, they committed to do their absolute best to secure a healthy planet. In relation to this, The Guardian published a leaked EU Commission document in which the Commission urges Member States to prepare ”far-reaching” debates on the need for ”profound lifestyle changes”. While recognising that our excessive lifestyle is a major problem, an unwillingness to act prevails and only minor steps have yet been taken.

Sweden’s sustainability record is pretty impressive. The Scandinavian country tops ranking after ranking: in 2013 Sweden was lauded ”the most sustainable country in the world”, in 2014 it became the largest donor of official development assistance (that is the aid flow to developing countries) in relation to its Gross National Income (GNI), and now the country is aiming to become ”one of the world’s first fossil-free welfare nations”. Despite all of this, Sweden is far from sustainable enough. Rich countries are sidestepping the core problem: our unsustainable consumption patterns.

For the longest time, our behaviour had no significant impact on the planet and there was no reason to sweat over sustainability. That is no longer the case. There are more and more people on this planet with steadily improving lifestyles. While this development is something inherently good, it must be adapted to the frames of sustainability. Rich countries have the opportunity to show the way. But the development has so far been the opposite, as there is a clear correlation between GNI and ecological footprint. For example, 3,7 earths would be needed if everyone on the planet lived like the average Swede.

Fast-fashion is a growing industry that illustrates just how naive the policy-makers’ approach to sustainability is. Recently, the Swedish Prime Minister led a delegation to India with the aim to generate leeway for Swedish companies, among them H&M, in the expanding Indian market. Swedes love their H&M, the ever expanding fast fashion chain where you can get a decent shirt for just €10. This has made it possible for most people to go on a repetitive shopping spree. In fact, clothing consumption in Sweden has increased by 40% since 2000. From what I recall, there was no shortage of clothes back then. Rather we have increased our consumption from an already high level.

The fast-fashion industry is full of contradictions. H&M is often hailed for its great CSR – a tool for companies to pre-empt critique on its unsustainable conduct (read window-dressing) – such as when they aligned with the Swedish government’s ambition for Sweden to become a fossil-free country. Working towards less fossil fuel is admirable, but the fast-fashion industry’s impact on the environment is alarming. Climate change, water scarcity, the release of toxic chemicals, and waste mountains are some of the environmental distresses this industry is contributing to (see e.g. this report). A well crafted CSR strategy cannot solve the inherently unsustainable fashion of the fast-fashion industry.

Policy makers have also turned a blind eye on environmental degradation generated by growing meat consumption. On the question whether the Swedes’ factually exorbitant meat consumption was damaging to the environment, the Swedish Minister of Rural Affairs bluntly said: ”no, I can’t see any problem with that”. Surely, the answer should appease and please the farming industry, however, it also reflects the policymakers’ flippant attitude towards meat consumption. Since the 1990s, Sweden’s meat consumption has increased by 40% and the average Swede eats almost 90 (!) kilogrammes of meat every year. The globally growing size of the livestock is a major contributor to water scarcity, forest degradation, and climate change.

While Sweden imposed a carbon tax and heavily invested in renewables, they have done very little to alter people’s unsustainable consumption behaviour. The fast fashion industry is often hailed for its CSR, and meat farmers continue to receive subsidies.

A reasonable response to the threat of climate change would be to buy fewer and better quality goods. Fashion and meat should have been produced in responsible ways. It is never easy to impose such unpopular measures in a competitive political landscape. However, politicians ought to serve the people and, when it is needed, impose unpopular regulations. People are happy to buy a shirt or a steak for a few Euros, but they also want a habitable planet for their children.

We must have a holistic approach to climate change and a sustainable future. A green transformation will not happen if we don’t solve the underlying problems. Simply put, we do not have 3,7 planets and the people who live in poverty have the right to demand their fair share of resources. What we wear and what we eat are integrated into our culture and basic lifestyle, but humans have always adapted to new realities. Climate change is not just a change in the climate: it is a change within ourselves. Rich countries have the luxury to become truly sustainable. And we should do our very best.

“a little love and affection

In everything you do

Will make the world a better place

With or without you'”

(Neil Young – Falling from Above)