Cities in transition: Why is urban farming good for us 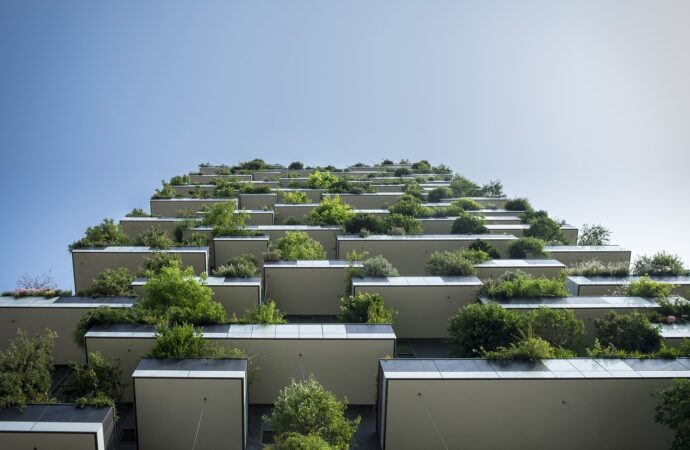 Societies try to become more and more resilient these days. Greening the cities is the new trend that tends to be inserted into urban lifestyles.

What is urban farming?

The 21st century is accompanied by innovative transitions towards greener, eco-friendlier cities. The continuously increasing levels of urbanization along with climate change disruptions enhance the willingness for new building designs and reconstruction of the existing ones. In this context, urban farming arises as a new trend and more and more cities adopt relevant policies. But, what is “urban farming” exactly? Generally, it is considered as a “location where farming or gardening occurs within an urban setting”. It can be set on rooftops, vacant spaces but also on the vertical sides of buildings. Examples of some European cities include Rotterdam, Milan, Lisbon and Copenhagen.

What does this mean for the city and our wallet?

Starting from the economical perspective, urban farming increases employment as it creates opportunities for entrepreneurs, architects, designers and many others to work on innovative and profitable projects. To add, it is also a source of income for those who sell the vegetables and fruit they produce. Worth mentioning that locally consumed while locally produced food reduces transport emissions and costs, hence, eco-friendly in both economic and ecologic terms. Yet, every coin has two sides. City gardening needs special equipment, hence, high costs of installation and maintenance. Energy and increased water resources are necessary for healthy gardens, but not always available. Finally, there is the possibility of theft and destruction from people who might disagree with the project initiative due to personal or other reasons. Such burdens need enhanced policies rather than individual actions. In these cases, the local or regional government could provide funding for supplies, and ensure there won’t be any scarcity of resources by connecting the project to renewables and introducing water-saving systems. Drawing relevant regulations and organising engaging events would increase positive behaviours and hence, safety. Another “citizen friendly” option would be to provide incentives like reduced prices on several products or coupons for numerous activities.

Moving to the environmental benefits, there are higher levels of waste reduction in cities where urban farming is taken into serious account. Thus, food waste gets composted and used directly while supporting Circular Economy. On the other hand though, the soil might be contaminated due to heavy metals and industrial chemicals, making it hazardous to human health. In such cases, policies for de-contaminating the soil can be established, new gardening techniques can be implemented or –a cheaper option– indoors farming investments. The plants –regardless of the type– contribute to the natural air filtering providing a “fresher” atmosphere to the citizens, and playing a central role towards a more balanced ecosystem for both flora and fauna.

Urban farming could also act as an educative tool. It raises awareness about environmental issues and teaches the values of respect, patience and appreciation initially for nature and then, for each other. It has been shown that human psychology gets improved when people are closer to natural environments. Participating in urban farming activities or even attending events in such green spaces enhance the sense of community and build stronger societal bonds. Finally, it beautifies the city as a whole. Plants transform the buildings into living entities by turning them into constructions that support life both inside and outside their walls. A beautiful and innovative city improves its commercial image hence, tourism and entrepreneurship may increase along with other types of collaboration such as, projects where the city acts as a leader and advisor in urban farming activities elsewhere.

Is urban farming suitable for every city?

Yes and no. At first, someone would say that it should be done in every city. In reality though, it is not that easy. For example, there are historic cities like Florence and Athens, which cannot change their construction style as it would alienate their historic identity. However, they don’t necessarily have to implement alternating policies; rather the simplest idea would be to reuse abandoned buildings that already follow the “permitted” architecture or introduce small farming installations inside operating constructions. Other cities are not too eager to change explaining that their choice is based on bureaucratic or economic constrains.

Regardless of the aforementioned burdens, everyone can be a city gardener at a smaller or bigger scale. NGO’s and governmental subsidies (in terms of money, advice, guidance and facilitation) can support farming projects. It is already happening for example, in Amsterdam, Bristol, Ghent and many other places. Cities seek ways to include “green” designs in order to avoid building an old-school, grey human reef. It’s in our own benefit to enhance such initiatives if we want to be part of a more inclusive and resilient society. Development depends on evolution and evolution lies within us. Besides, living in a transitional period requires changes and adaptations at all levels including human lifestyle. The question is do we want to modify some of our urban habits today in order to reach a more sustainable tomorrow?