Climate Case: the heat goes on 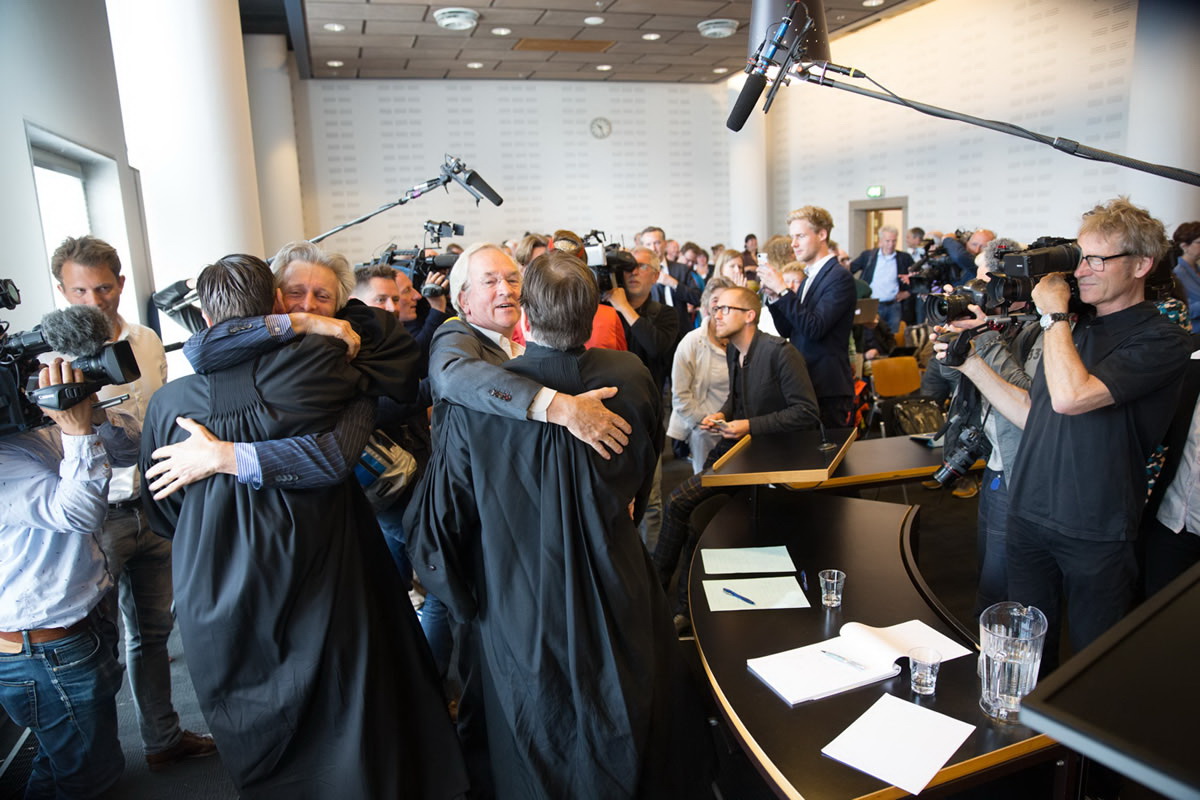 Something noteworthy happened in June in the Netherlands, where an activist organization successfully sued the state over its lack of commitment to cutting greenhouse gas emissions. While unprecedented and unparalleled, the Climate Case won’t save the climate but pits government against court.

In what is simply known as the ‘Climate Case’, the Dutch state has been sentenced to realize veritable climate change mitigation of 25% by 2020 based on 1990 levels – a first in legal history and plausibly marking the onset of climate litigation in which courts decide how much greenhouse gases can be emitted.

The Dutch state was sued by Urgenda – an activist organization aiming for a fast transition towards a sustainable society. According to Urgenda, the state does too little to cut greenhouse gas emissions and so contribute to solving dangerous global warming. The court decision argues that climate change mitigation is a state responsibility, as it impacts directly on the lives of people in its jurisdiction. The judge proved insensitive to the argument that the Netherlands, or any other country for that matter, is only one amongst many other players at the global stage: cutting down the Dutch share of greenhouse gas emissions has a net benefit for the world as a whole. Hence, a 25% reduction target is justified.

The current coalition government – comprising Conservative-liberals and the Labour party – objects the court decision on legal grounds. In its communication to Parliament (in Dutch) it expresses concern over the erosion of its integrity to design policies for political ends. The government feels constrained by the court decision to put in place a climate policy of its own choosing. Its reason to appeal is therefore legally motivated, rather than questioning the moral tenets of the verdict.

Critically, the court argued that climate change is a scientific fact. To adequately respond to climate change, the court compels the Dutch state to protect its population against global warming exceeding two degrees above the global mean annual temperature before the Industrial Revolution. This so-called ‘450-scenario’ – referring to the maximum parts per million (ppm) of carbon dioxide in the atmosphere – should be the guiding policy imperative in order to stop putting people at risk. Hence, in an open letter senior climate scientists such as James Hansen, Richard Heede and Michael MacCracken urged the Dutch government to drop its objections against the court decision.

In its bare essence, the Climate Case will generate jurisprudence on the discretion of courts to enforce a particular climate mitigation target.

Surely, this is interesting in its own right and does not dispense with the urgency of climate change per se. Nevertheless, when push comes to shove, juridical fixes hinder rather than help shaping society-wide commitment to tackling global warming. The court proceedings open up to renewed bifurcation on the topic of climate change, as the sentence is inextricably linked to the climate science conducted by the Intergovernmental Panel on Climate Change (IPCC). Skeptics know well how to dispute these scientific truth claims. The juridification of climate science creates two opposing sides around the court decision, articulating the innate problem that the anthropogenic causes of climate change can never be proven.

While the court decision is supposed to stifle skeptics’ opposition to the view that climate change is real and happening, much seems to the contrary. Lucas Bergkamp, emeritus professor of environmental liability law at Erasmus University Rotterdam, contends that Urgenda versus the Dutch state is another showcase of whether or not to believe in anthropogenic climate change. The court decision is at best a new arena in which climate battles can be held. It does not add up to the existing body of climate knowledge, nor succeed to close down debate between believers and skeptics – much less get rid of the two camps altogether.

On his LinkedIn page, Bergkamp writes:

“The Urgenda case assumes what should be proven, namely that emissions from The Netherlands contribute to dangerous climate change and that further emission reductions by The Netherlands by 2020 will likely prevent this danger. Consequently, whether the Urgenda judgment is viewed as the last chance of avoiding catastrophe, or as an undesirable interference with a difficult international political process, depends on one’s beliefs. To those that adopt a skeptical attitude towards knowledge, the court has failed to address the key issues, and merely added “juridification” to the politicization of science”.

Could the Climate Case aggravate contestation over the scientific reality of climate change? The impasse seems obdurate. The heat in the climate debate goes on. Worse perhaps, the recent ‘ground-breaking’ court decision could prove a Pyrrhic victory. States will now think twice about adopting stringent mitigation targets, as climate litigation may well threaten their political primacy. The Climate Case doesn’t – what it hopes and intends to achieve – save the climate.