Climate change and human rights: the role of justice 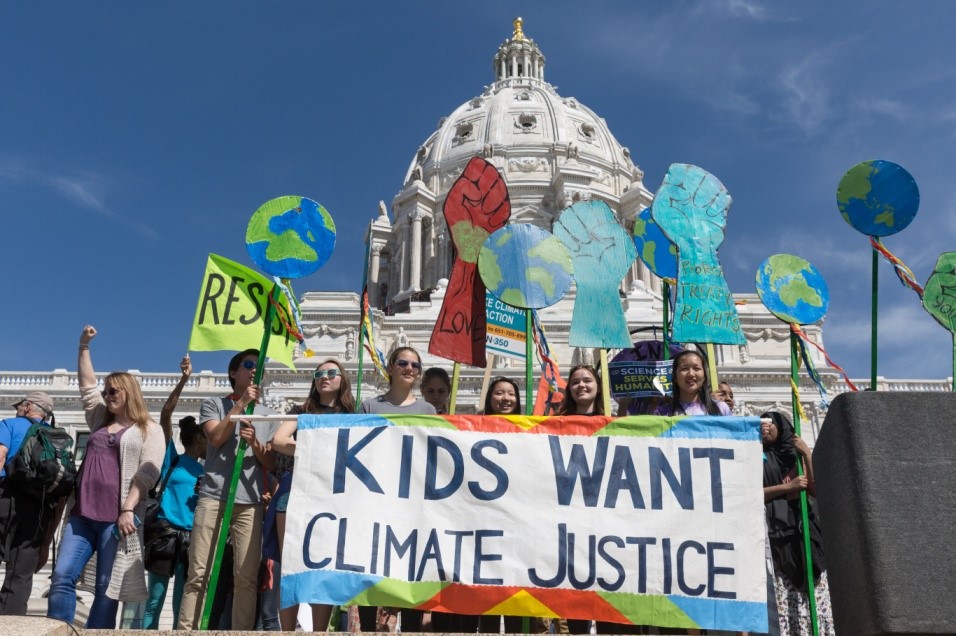 National efforts to reduce emissions and fight climate change are still largely inadequate. Citizens and organizations are taking action and bringing governments to court to push for more ambition.

Over the last years, the number of lawsuits related to climate change has dramatically increased. The Climate Change Litigation Database currently counts more than 1000 cases around the world against the fossil fuel industry and governments.

While the former usually are aimed at obtaining compensation regarding companies’ pollution, the latter have somehow higher ambitions: they strive to bring a political change and to force governments to take more ambitious action to fight climate change.

Scarcely two years have passed since The Hague District Court rendered judgement in the Urgenda Foundation v. The State of the Netherlands case (hereafter: Urgenda case), legally requiring the Dutch government to adopt a number of measures to mitigate climate change.

The Hague District Court found indeed that the policies previously adopted by the government were insufficient to prevent dangerous climate change, based on current scientific knowledge and international law. The Court ruled that the State has a “duty of care” to preserve our climate and to safeguard the environment and human health. The Court added that failing to put in place adequate emission reduction measures is damaging current and future Dutch and foreign generations. It thus demanded that the Dutch policymakers adopt and implement a goal of emission reduction by at least 25% by the end of 2020 compared to 1990.

While the government recently announced its decision to appeal the ruling and the final outcome is still uncertain, other organizations and citizens were inspired by Urgenda’s initial success to bring their policymakers to court on similar grounds.

Being an entirely new field of law, climate justice is often profoundly innovative as existing rights and principles are reinterpreted from a new perspective. Even though lawsuits are brought in different countries and under different legislations, they share an underlying common vision: climate change is posing a threat to fundamental human rights and governments should be somehow held accountable for their actions (or inaction).

In one of the most famous ongoing climate cases, Juliana v. United States (also known as “Kids Climate Case”), 21 young people have sued the federal government for allowing the exploitation of fossil fuels, thus damaging the climate and violating their fundamental rights. Judge Ann Aiken, in in her groundbreaking opinion justifying the denial of a motion to dismiss the case, has articulated the new right to a “climate system capable of sustaining human life”, stating that “defendants’ actions and inactions – whether or not they violate any specific statutory duty – have so profoundly damaged our home planet that they threaten plaintiffs’ fundamental constitutional rights to life and liberty”. Her conclusion is similar to the previously mentioned judgement in Urgenda case, but she went further. While The Hague district court had justified the demand of stricter targets of emission reductions recalling a specific international commitment undertaken by developed countries, Judge Ann Aiken has argued that, beyond all legal obligations, the government has to preserve the climate for its citizens in order to guarantee the respect of their fundamental rights.

Precisely on the violation of human rights to life, health, work and property is based the People’s Climate Case, only recently accepted by the European General Court. Ten families are accusing the EU for the inadequacy of its emission reduction targets and for the consequent increase of extreme events and disruption of climate that are already affecting their lives and properties. It is worth noting that the plaintiffs are not only EU citizens but come from all over the world. Emissions from one country (or from a cluster of countries, such as the EU) do not affect indeed only its citizens: the repercussions are far more global and complicated. This implies that, if a country fails to do its part to fight climate change, it is violating not only its citizens’ rights, but everyone’s.

International climate negotiations have always been highly complex and often ended in watered-down compromises. The Paris Agreement, reached in 2015 after years of delay, leaves to the States the task of defining their own contribution to fight climate change. The result is that the combined national contributions only manage to limit global warming to +3°C, and not to +2°C, considered by current scientific knowledge the maximum allowable level to avoid catastrophic consequences. There is in addition the implementation issue: the Agreement does not have any enforcement mechanism, and States are instead allowed future downward reviews of their targets.

Given the current political circumstances, a drastic change in international climate policies is not foreseeable in the near future, but is nonetheless dramatically needed. Climate justice could be precisely the trigger that we need to drive this transition. For that to happen, it is crucial that we keep on demanding their governments to protect their fundamental rights and avoid dangerous climate change, and bring them to court if they fail to do so.