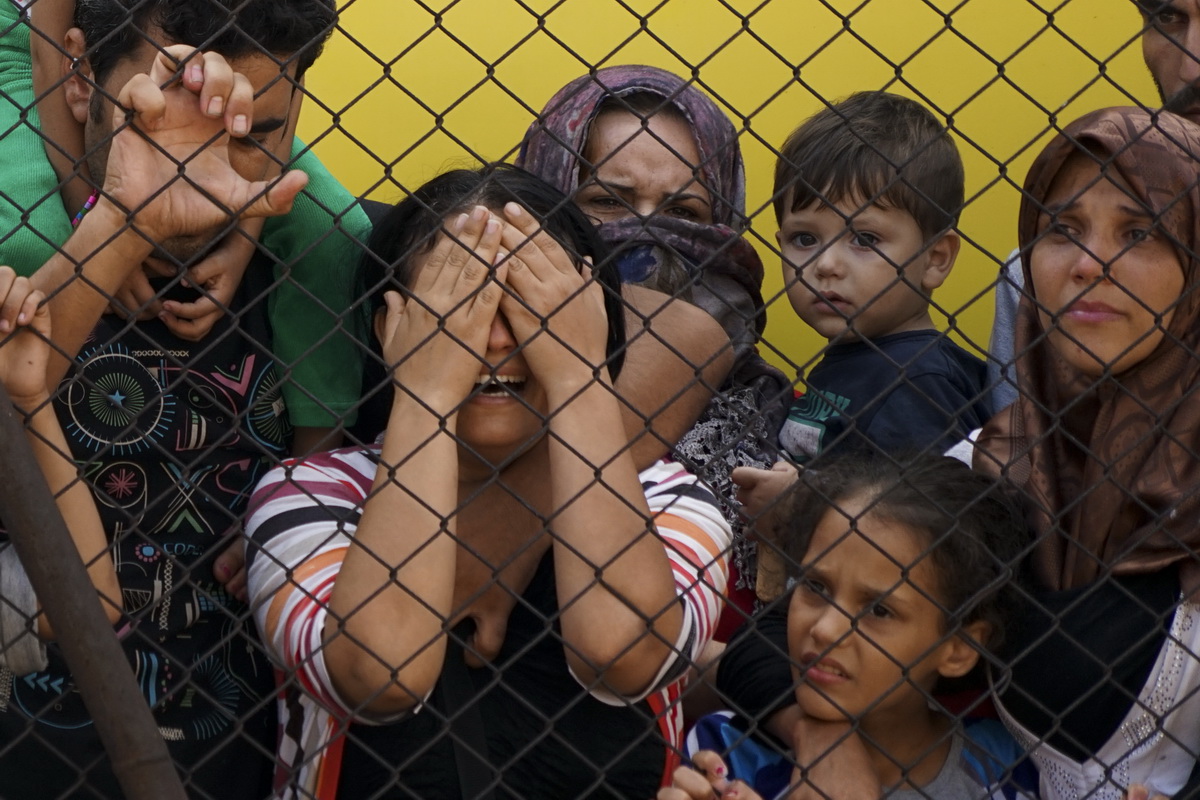 The commotion caused by Köln events during New Year’s Eve, when organized gangs of man sexually assaulted and mugged women across the city, has brought to light the problem of sexual violence against women. This kind of violence, dramatic consequence of unequal power relations, is exercised worldwide: Let us think of the thousands of gang rape cases registered in India, or, not so far away, the statistics of the last survey of the EU Agency for Fundamental Rights unveiling a 11 % of women who have experienced some form of sexual violence during their lives.

Köln attacks, approached through the dichotomy between western victims and foreign perpetrators, have served to stoke up again the heated debate over refugee policies in Germany and in whole Europe. Meanwhile, refugee women remain silent, invisible, minimized. However, they well know how sexual violence –among many others forms of violence against women- rises dramatically during the entire migration process. Bringing to light their reality is essential to recognize the multiple faces –and victims- of this problem, which knows no borders.

When Donald Trump, during a campaign rally in October, spoke about the refugee crisis, he stated, “if you look at the migration, it’s young, strong men”. Probably he hadn’t checked yet the latest statistics regarding gender in refugee flows worldwide: the number of refugees of concern to UNHCR in mid-2014 stood at 13 million refugees, and 49% were women. Therefore, it seems proper to say that about half of the refugees, internally displaced, stateless population and asylum seekers who live outside their homes are women.

On 25th November the European Commission released a Joint Statement in the International Day for the Elimination of Violence against Women, highlighting the growing numbers of women seeking refuge or asylum in EU. At any rate, as the expert on Gender and Communication from the Complutense University Tamara Bueno states, when studying the image of refugee women in media, “the greater the humanitarian crisis, usually the less concerned with delving into the information from a gender perspective”. The specific problems refugees are facing due to their gender are lost in a retrieval system that focuses homogeneously in the emergency of the entire group.

The particular vulnerability of refugee women is a fact of enormous importance, which cannot be limited to the transit process: in fact, situations of violence experienced in the home country may be the main reason for seeking asylum. Armed clashes serve to exacerbate discrimination and violence against women, as happens in regions as Sinjar (Irak) where DAESH forces made women lives unbearable due to torture and sexual slavery. Nevertheless, often these violations are perpetrated against women in peacetime –or at least, a relating peacetime- as the thousands of women who leave Guatemala every year due to the country highest rate of femicide in the world: a woman is killed every 12 hours.

The guidelines issued by UNCHR regarding the criteria for granting refugee status due to Gender-Based Violence exposes the cultural and religious practices as main causes of violence, as it happens in Nigeria with Boko Haram. Same with honor crimes, forced marriage (often meaning early marriage too), female genital mutilation, forced sterilization, domestic violence, sex trafficking or prosecution due to gender identity and sexual orientation.

Many of these manifestations of violence seem not too common for European society and institutions, but they are starting to move from the margins to the core, urging the need to articulate new public policies to combat them. In fact, the European Institute for Gender equality estimated 180,000 women at risk of FGM every year in the EU, and 9,000 women and girls who have undergone FGM seek asylum in Europe.

“When they were asked about the violence suffered during their trip- says Bueno, who recently launched the documentary “No Existimos”– in most cases they answered that in their eagerness to escape, many had fallen into networks of trafficking, so in their arrival countries the consequences remain, suffering various traumas and illnesses, both in a physical and psychological level”. Bueno highlights that Eurostat data shows that the percentage of women who finally arrive to their destination it is much lower than men. Where have they gone?

Trafficking is one of the main threats to be faced while crossing the so called “transit zones”. The second most lucrative business worldwide earns special benefits thanks to the vulnerability of refugee women on their way, capturing them through coercion or kidnap directly by smugglers and slave traders. Sex trafficking, main axis of transnational criminal economy, has obtained through the flow of refugee women in regions as Central America or Eastern Europe a new vein of “raw material” to stock.

Moreover, women living in refugee camps rarely escape from violence. On the contrary, the scarce resources due to the saturation of infrastructures fully prevent the development of measures for the female population at risk. A problem that becomes structural for those born in the camps who have never been out of the wire, as in Tindouf or Kenya.

Nowadays, more migrants and refugees are arriving in Europe than ever recorded before. EU should integrate a gender perspective in the management of this crisis towards an integrated approach. Visibility about this reality is essential, and public awareness should overcome the newsworthiness criteria exclusively attached to the present. Violence against refugee women must be addressed by public policy makers focusing on main actors involved in the whole process: asylum officials, health and community workers, civil society organizations, to go beyond the traditional view of the asylum seeker as male. It is necessary to empower women as active participants in all aspects of conflict management, especially towards the development of comprehensive measures for prevention and action against sexual and gender violence inside camps and in transit and destination communities across Europe. European principles towards those who suffered hate and violence must be a benchmark to inspire the longest journey of all: life.