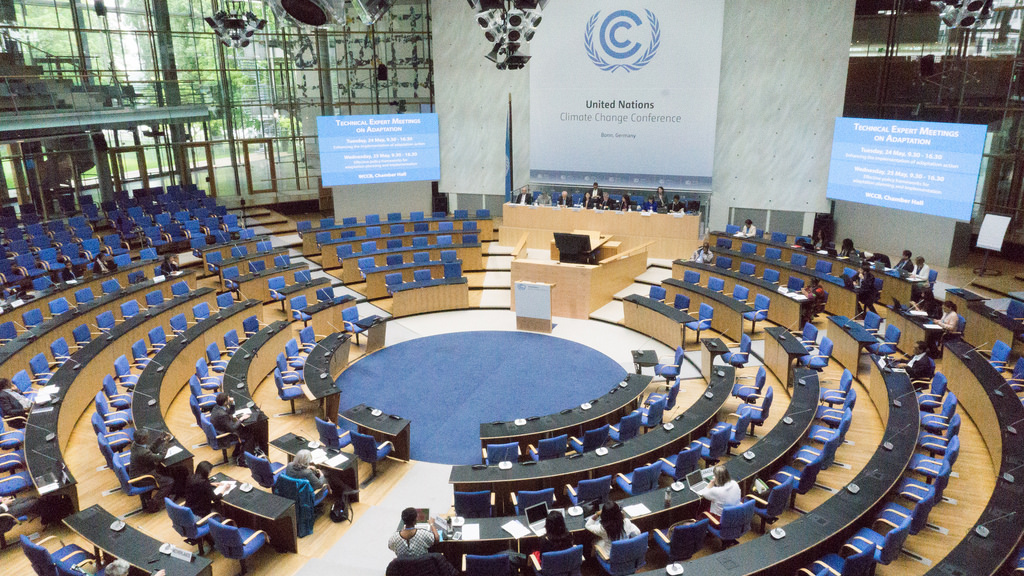 We are in the midst of the 22nd session of the Conference of the Parties (COP 22) to the UNFCCC which is scheduled to take place from 7-18 November 2016 in Marrakech, Morocco. During COP 22, parties will begin preparations for the entry into force of the Paris Agreement. The agreement adopted last December to limit global temperature increase below 2C. This reduction can only be achieved through a significant reduction in the emission of greenhouse gases caused mainly by burning of fossil fuels.

While the Paris Agreement was widely celebrated, the pledges voluntary undertaken by governments will allow an increase of temperature of about 2.7C, according to the UN, significantly more than what was agreed upon. This would unleash rising seas, extreme heat and other upheavals. Egypt is especially vulnerable to multiple climate change threats like sea level rise, drought, rising temperatures, desertification and water scarcity. Despite the entire African continent being responsible for as little as 4% of all greenhouse gas emissions, it will be one of the hardest hit by climate change.

During his speech at the UN Climate Change Conference Paris, Egyptian President El Sisi called for developed states to provide financial and technical support for the developing world to cope with clime change. El Sisi, acting on behalf of Africa, announced the creation of two initiatives, including the Africa Renewable Energy Initiative (AREI).

While developed countries did commit to financing and supporting developing countries, there is no enforcement mechanism in the Paris Agreement that ensures they do. Governments of developing countries are left on their own to act as a watchdog, monitor the fulfillment of commitments, and name and shame those who don’t. There is, however, another sector that specializes in all of that and can offer much more: civil society.

Despite the antagonistic relationship between Egypt and civil society, there are multiple ways a strong and independent civil society can help with Egypt’s climate change policy. This policy focuses on climate finance and adaptation while sidelining mitigation.

During a meeting with US delegation, Environment Minister Khaled Fahmy stressed that the COP22 talks are crucial as they will decide the funding issue for Africa and the AREI. The AREI aims to provide an additional 10GW of renewable energy on the continent and give more people access to electricity through off grid solutions. Provided the right enabling and implementing mechanisms are put in place, Africa could be a leader in the production of renewable energy.

As with everything really, the devil is in the details. In COP22, states will be taking the first concrete steps on climate finance, among other issues. Accordingly, climate finance talks in Marrakech are incredibly important and urgent for Egypt as it tries to mobilize funds for the AREI to be fully operational.

Climate finance is usually approached from the top-down as opposed to a “bottom–up” approach that incorporates the local community.  However, this approach can be extremely detrimental if it affords no room for local voices. Civil society can prevent the community from being deprived the opportunity to be involved in project planning and implementation, without which the project may not thoroughly address the community’s needs.  They can also ensure that local populations are accurately informed of the project capabilities in the short and long run; preventing any feelings of resentment toward the government if the project’s benefit can’t be glean easily and if it places additional financial costs on them, as in the case with removing subsides from the fossil fuel industry.  While the government can undertake short campaigns to temporarily win the people’s patience and trust, civil society by their very nature are permanently rooted in the local community and can ensure continued support for projects.

Internationally, this local inclusion provides the government’s efforts with added legitimacy when dealing with foreign donors and investors. Some sectors of civil society can take on monitoring and tracking roles ensuring that developed states fulfill their financial commitments toward Egypt, partner with other civil societies around the world to pressure them for more support, and bring local voices and stories to the international stage.

In his COP21 speech, El Sisi, citing a UN study, said that Africa needs between US$7-15 billion annually until 2020 for adaptation while the continent can only provide $3 billion per year. This gab in funding is also reflected in the gab in bilateral funding between adaptation and mitigation with adaptation only getting 14 percent of bilateral funding in 2014.

Adaptation is by far the clearest case for the need of a strong presence of civil society in domestic climate politics. Adaptation is the process by which local communities are made to adapt to the changing climate. Governments’ adaptation plans are largely state driven and top-down in approach, while climate change is locally experienced and can only be effectively addressed by engaging local groups. Adaptation is inherently local. Civil society, being closest to the problem, is best suited to creating adaptive capacities within communities.  The Egyptian government should incentivize meaningful involvement of local communities, not just through parliamentary sessions but through their own active, informed, and continues involvement. New technological advancement, like renewable energy, can only succeed if they are owned, managed, and embedded in the social, economic and institutional fabric of the community.  With the limited financial resources available for adaptation, we can’t afford to misuse or misplace it, and an active involvement from civil society can prevent the needs of the communities from passing unheard.

It may seem reasonable for the Egyptian government to focus more on climate finance and adaptation given that Egypt is only responsible for 0.6% of greenhouse gases emission.  However, this number is quite large when compared with other countries with similar economies, and fossil fuels represent 96% of our energy consumption in contrast to 65% in other countries. Egypt is also among the 11 fastest growing greenhouse gas (GHG) emitting countries in the world and ranked the number one polluting country in the 2016 Pollution Index chart.

In 2014, the government and parliament approved the importing of large quantities of coal to fuel cement factories, power plants, and other unidentified industries. The decision was heavily criticized by civil society and the environment minister. While government cited economic hardship and safe use of coal as reasons for its decision, Egypt doesn’t have the necessary infrastructure to use coal safely and when you add up the prices of importing, storing, transporting and ensuring, if even possible, the safe use of coal, its price is much higher than other resources.  The economic and health cost of coal usage is astronomical, and yet the project carried on.

This disregard for mitigating the country’s own harmful emission is the final reason why Egypt needs a civil society that is allowed to criticize government practices and policies.

Any criticism against Egypt for the lack of involvement of civil society in climate politics can easily be leveled against international climate change institutions. That seems to only offer one-off events rather than a continuous and integrated process of mutually beneficial engagement.

The complexity and scale of climate change forces all of us to rethink our current institutions. The Egyptian government would do well to start thinking of civil society as a partner that supports it but one that is also free to challenge it.