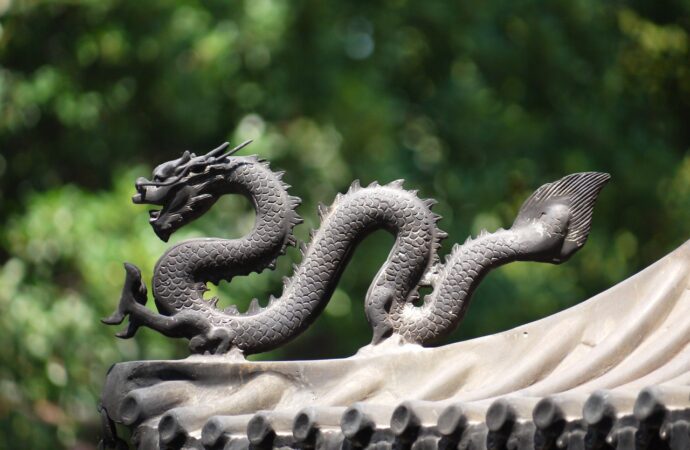 China tries to find itself in the chaotic era of energy transition.

The People’s Republic of China plays a crucial regional and global role. It is one of the five major emerging national economies and has a strong presence in the economic, technological and energy domain. Speaking of energy, China appears dynamic and pursues innovation in order to achieve a central position in energy production.

During the last decades, it has been rapidly industrialised. It quickly though faced problems due to the high energy demand and the limited national production. The country depended on external sources which –according to China– had to change.

At the beginning of the 21st century, the kind of energy changed towards more eco-friendly directions. However, China seemed to be reluctant about changes mainly because of its geographical extent and its population. Still, the government recognised the high importance of transforming the country into an innovative energy leader at a regional and global level. Therefore, it conducted the 13th Five Year Plan on energy development for the years 2016 to 2020.

Before moving further, let’s have a better look at the Plan. It focuses separately on each energy domain (coal, oil, natural gas, and renewables) and represents the basic outline of China’s energy policy. There are two main alternatives: 1) Switch from coal to natural gas. Gas is considered as a cleaner fossil resource, however, it remains finite and can be affected by the level of political stability around the world. 2) Switch from fossil fuel to non-fossil fuel energy. In particular, China aims to increase non-fossil primary energy consumption up to 15% by 2020 and up to 20% by 2030. The Plan requires the enhancement of non-fossil fuel facilities, especially with regards to solar and wind energy.

Technology is the key

Investments in technological innovation are directly linked to the Chinese energy strategy. The government considers it essential to develop both the energy domain and its technology as they believe that technological improvements will provide new dynamic solutions and pathways. The installation of offshore solar panels is one of these very first novelties. China is planning to expand such installations in the following years hoping that it will achieve higher-level energy production out of wind and waves. Final goal –according to the 13th Five Year Plan– is to gradually gain independence from non-Chinese private energy companies. Being self-sufficient would stimulate China’s role internationally both in terms of energy and power.

The dark side of the Plan

These goals though, will face numerous burdens, which have to be surmounted in order to achieve at least some of the goals. At first, regardless of the alternative –replacing coal with either natural gas or non-fossil fuels– it is necessary to construct new installations adaptable to new forms of energy. Thus, time and money will play a crucial role in building and designing such great constructions. At the same time, the energy network is quite poor which leads to an ineffective distribution of the high level of energy production to its consumers. Hence, it is important to improve the existing installations in order to ensure high levels of energy quality.

However, the problems don’t stop there. Adding to the previous difficulty, there is a considerable imbalance among different geographical regions. Some regions produce more energy than needed and choose to sell the excess to their neighbouring districts. The latter refuse to buy the available surplus although they might operate under crucial energy deficiency as they prefer to support the local energy factories instead of cooperating with other Chinese regions. As a result, they have to slow down their growth and further development.

Finally, the government will have to reform successfully the state-owned companies in the energy sector to retain its dynamic presence domestically and enhance it outside the national borders. Theoretically, it appears to be a piece of cake since it is the government itself which controls these companies. However, reality shows that if someone takes into consideration the geographical size and the population of China, it is much more difficult than expected.

The future of China depends on governmental decisions and interactions among countries as well as the control one has on natural resources. The Five Year Plan seems to be well organized and acts as a handy tool for new developments. The following years will prove its efficiency. China invests a lot in technological innovation and so far, the country managed to become a leader in big-scale energy projects.

The good scenario: the Red Dragon will transform itself from a consumer to an important energy producer, which will be accompanied by power and self-sufficiency at the regional and global level. Regarding the worst-case scenario, China will fail to meet its goals and inevitably will stay behind, internally disorganized, wounded both in terms of energy and growth. It would be good for the Asian giant to develop a dynamic strategy that is flexible to upcoming challenges. Time will show how the future results of the Chinese Energy Strategy will look like. What is certain is that China will continue setting high goals with regards to energy.