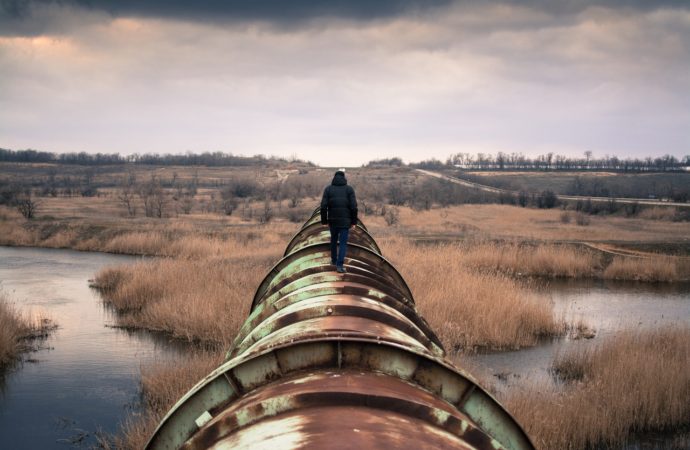 Three pillars of the European Union’s energy policy are efficiency, sustainability and security of energy supplies. The questions here are: Where will the supplies come from? What is a reasonable price at a time of unstable financial environment and fiscal policies? How are these terms defined? What are the actions for their implementation?

`Something is rotten in the state of Denmark.’ Hamlet (1.4), Marcellus to Horatio. Just how valid is this! – when it comes to the EU energy affairs and specifically when the issue is caused by the top of the hierarchy.

The European Energy Security strategy was adopted last year with particular focus on gas due to historical patterns, geopolitical trends and prices. The Russian state-owned Gazprom benefits from a complete monopoly power in all three Baltic States – Latvia, Lithuania and Estonia, delivering 100% of their natural gas supplies. Followed by Bulgaria (89%), Slovakia (83%), Hungary (80%), Poland (59%) and Czech Republic (57%). Conversely, Russia depends on the EU as a customer. Almost 71% of Russian gas exports go to the European market. Is this a classical case of ‘friends with benefits’ or a rather prolonged marriage in which one of the sides desperately wants to divorce, waiting for the right moment to come.

Relationship’s Rules and Third Parties’ Interests – The Cause.

The first gas market liberalization directive was adopted in 1998, followed by a second one in 2003, transposed into Member States’ national law in 2004. The EU shifted its energy security political norms in the mid 2000s, and proclaimed that a gas import dependency is a problem that required solutions on a union level. At the same time Member States were allowed to retain significant sovereignty.

Russia supplies 39% of the overall EU gas imports by volume. This costs US$250bn in annual energy bills to the EU consumers. The problem here is not the value but the fact that the EU relies on a single transit route through Ukraine. After many years of gas supplies stability, the Ukrainian crisis caused concerns about the security of the EU gas.

Certainly the US shares these concerns and actively pushes its EU partner to tackle them. Not surprisingly, the US Special Envoy and Coordinator for International Energy Affairs, Amos J Hochstein along with Victoria Nuland, the US Assistant Secretary of State for European and Eurasian Affairs, took leading roles in the creation and coordination of the EU energy strategy. Hochstein recently said it would be a tremendous achievement if the EU manages to reduce the Russians’ gas supplies market share in Eastern Europe by 20% by 2020. The US usually perceives the South-Eastern parts of Europe as disadvantageous. However, the recent months marked an unprecedented increase of high ranked US officials’ visits in this region. The US Vise President Joe Biden visited Romania and Turkey. The US Secretary of State John Kerry met Bulgarian PM Borisov in January, which reportedly left the Bulgarian PM in a state of visible worry. During his visit in Bulgaria, Kerry mentioned that ‘the war is won’. What war and who the winner is – we can only guess. However, if it is the war that comes to my mind first – then I believe it has hardly even started, making the prediction for the winner almost impossible.

Estimates show that by 2030 around 70% of EU gas will have to be imported. Therefore, the EU objectives are to increase the energy security by diversifying gas transit routes and gas sources.

EU definition of energy security is: ‘Reliable energy supplies at reasonable prices’ (EU Commission, 2012). The three pillars of the European Union’s energy policy are efficiency, sustainability and security of energy supplies. The questions here are: Where will the supplies come from? What is a reasonable price at a time of unstable financial environment and fiscal policies? How are these terms defined? What are the actions for their implementation? Here are a few not so successful examples.

The EU claims that liquefied natural gas (LNG) is another important source of diversification. The EU will aim to receive or increase imports from countries or regions like Northern America, Qatar, Australia, Nigeria and Africa. However, this is a short-term measure with large levels of capital investment.

The EU is on its way to create an Energy Union. It will supposedly form plausible policies and adhere to the energy security strategy, aiming to cope with threats that have an impact on the energy supply chain. We might witness another grand plan with small viability. The EU energy policy and security strategy are not consistent and timely. It takes too long to implement them at a time of unexpected political turmoil and complex interests. The EU has not predicted long-term outcomes because it has been eager to get short-term benefits. These benefits have been rotting for quite some time and eventually became unpleasant for the parties in the relationship.