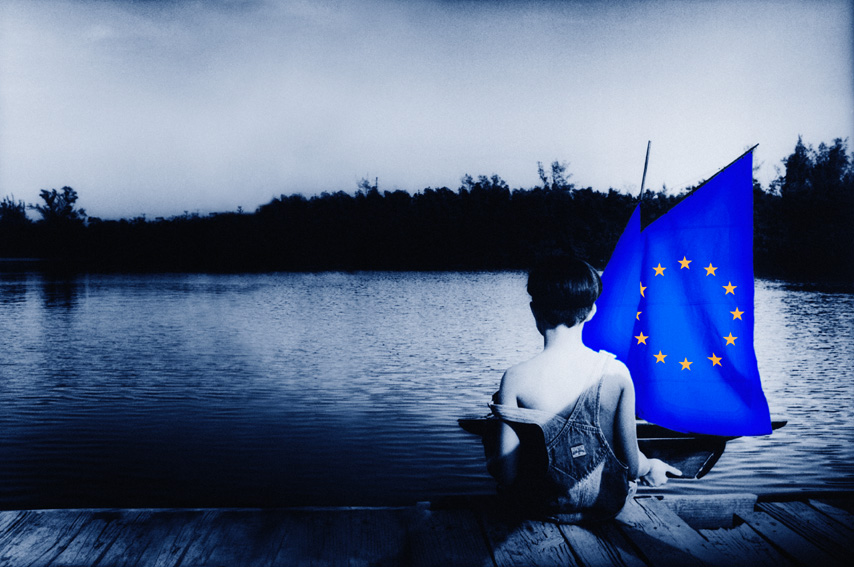 The Commission proposal for a European Solidarity Corps comes at a time when solidarity between and within states is at a low point. By marrying solidarity with paid work experience the initiative breaks a vicious circle of non – solidarity in the age of individualism. There is, after all, nothing like a bit of self-interest to build social cohesion from the ground up. Flexible security is the missing component in rigid social security systems that have long ceased to offer real security to Europe’s youth.

The word solidarity appears 16 times in the European treaties – we know because President Juncker counted. The Commission President mentioned the impressive word count in his State of the Union address to justify the establishment of a European Solidarity Corps. The scheme would see the EU’s youth spring to aid anywhere in Europe when misfortune calls for it. If you ask Mr Juncker, solidarity is “the glue that keeps our Union together”.

It is not, though. Not really.

Not at a time when European member states have yet to agree on an actual response to the refugee crisis and infighting over declining labour standards is at a peak. While solidarity – among other things – should be the glue that keeps the Union together, as yet it is a tough sell.

The Commission has clearly come to the same conclusion: in spite of its title Social Policy Commissioner, Marianne Thyssen has marketed the initiative as a youth employment scheme ever since Juncker’s presentation. Because here’s the hook: the European Solidarity Corps offers Europe’s youth work experience that is paid or at least covers their costs, thus appealing to more than neighbourly sentiment. And that is tragically rare.

For many young Europeans roaming the job market in between short-term or ill-paid work placements, the idea of solidarity is as foreign on the national level as it is on the European level.

Youth employment rates easily fall prey to economic crises and Europe’s last crisis was no exception, with youth unemployment rates soaring to an EU-wide 11 percent in 2013 before starting a slow descent. Before and beyond the crisis there are important structural mismatches that hinder the leap from school to labour market. But even employed young workers face insecurity. In 2013 42,7 percent of young workers were on a temporary contract while nearly one third only worked part-time jobs.

The old paradigm of the full-time, fully paid job for life is no more. Flexibility is king, lifelong learning is its command and the young are testing the waters.

That need not be a bad thing. The millennial’s perspective, after all, has evolved along with labour market reality. In 2011, 71% of the young employees surveyed, were ready to move for their jobs. Barely 20% of them said they were likely to stay in the same work field – let alone stay with the same employer. Personal development, rather than stability, topped the millennial’s bucket list.

Is this then an individualism that might raise fears for social cohesion? Of course it is not. If anything it is something to capitalize on. After all this ‘individualization’ has come against the backdrop of a matching reality. If Europe’s self-interested youth finds itself at odds with state-organized solidarity, it is because states’ labour and social security policies have put them on opposing sides.

Nothing drives the common good like self-interest if it finds it needs to go the same way. And states can (and should) ensure that it does.

If a flexible labour market is to be the spine of the European economy, it needs a flexible social security to keep its social cohesion from crashing. Instead, it is employees who carry the brunt of the burden of insecurity. The young pouring into the job market face unstable contracts. Ill- or unpaid internships that have replaced paid positions are not recognized as work and disqualify them from income support. Even governments offer unpaid traineeships they have technically banned.

These youth-shaped mazes in Europe’s social security net gleefully take the axe to the security of the same people that will soon have to carry the weight of the ageing population. It is a mismatch that takes a greater toll on social cohesion than any individualist sentiment on its own ever could.

The EU solidarity corps offers a way out for young graduates eager to get work experience in a way that subscribes to the new labour market reality: flexible, global and paid. That it will benefit the EU as a whole is an almost coincidental but nice plus, cynically building an EU-wide social cohesion from the debris of its member states’ social security systems. Hopefully member states will catch up.