European Space Policy: Time to wake up from hibernation? 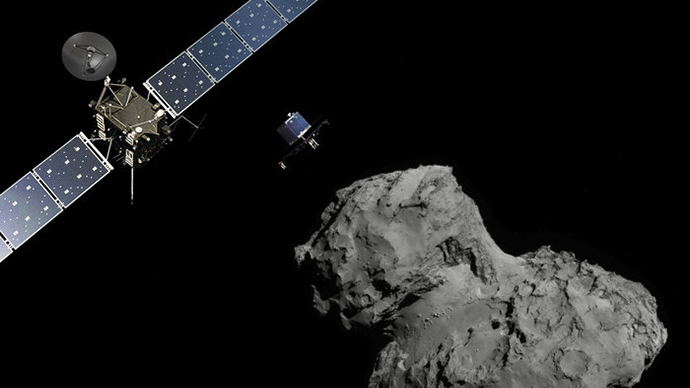 The European Space Agency’s (ESA) Rosetta mission created an unprecedented moment of space exploration by putting a spacecraft on the comet’s surface for the first time in history. The Philae lander managed to accomplish the primary goal of its mission and then hibernated for an indefinite amount of time. So did the European space policy several years ago.

In 2007 the European Commission in collaboration with the ESA drafted the first joint European space Policy outlining the basic vision and strategy for the space sector. It was meant to tackle issues of security and defense, access to space and exploration. The document should have increased the commitment of the EU, ESA and all Member States towards coordinating their activities and programs related to space. In 2009, after the latest amendments of the treaties, EU got a stronger role in space matters – a specific space competence for the European Union was introduced for the first time. Finally, in 2011 the Communication on EU Space Strategy for Citizens was released. The document outlined priority actions designed to achieve social, economic and strategic space policy objectives.

With this document EU finally recognized satellites and space technologies as providers of crucial services to the society, however, there is still much more to be done to catch up with today’s realities. The program has set the policy objectives for developing space technologies that could be effectively used to advance a variety of other policies and interests of citizens, including but not limited to environment, transport, innovation and security. Nevertheless, the EU has been having hard time coordinating various space programs across Europe. Despite the strategic documents which are already in place, there has been a lack of coordination among Member States. Recently the majority of European space programs have been based on national priorities rather than on common European space policy objectives.

In order to strengthen the coordination and cooperation among Member States the EU should move towards strengthening the political dimension of space. While the current strategy has been mainly focused on building technical capacities and infrastructure as well as reinforcing competitiveness of European businesses it has had little consideration on the actual implementation and measures for achieving its objectives. As the EU has already got the mandate to coordinate the EU space policy, it should put more effort into making this complementarity more effective. The first step in fostering cooperation could be the partial harmonization of legal provisions and rules governing development and launching of satellites as well as access and use of satellite data. Development of the common standards for space activities would increase transparency and cooperation between Member States and would also have a positive effect on business conditions across the EU.

It took ten years and four billion miles for the European Space Agency’s Rosetta spacecraft to reach its destination. The unprecedented success of the mission proved that Europe is technically capable of entering the global competition of space exploration, but it also brought European space policy under the spotlight. Currently the Philae lander is waiting for a boost of solar energy to be able to wake up from hibernation and continue with its mission. The European Space policy already got its moment of sunshine and it is a perfect window of opportunity to further engage the EU Member States into space cooperation.