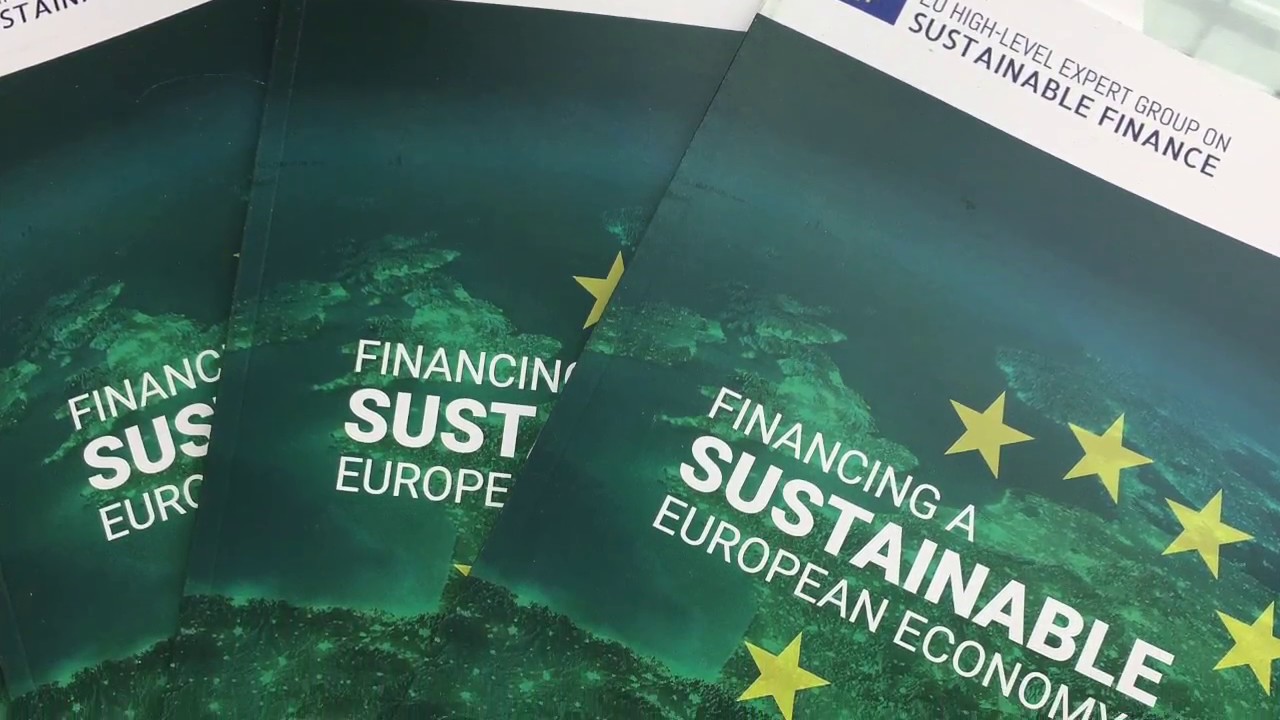 Combating climate change is expensive. Trillions of Euros need to be invested in the transition to a low-carbon and resource-efficient economy and these funds should come from the financial sector. But make no mistake, a sustainable financial system is not just about “greening” investments, it entails the halt of the increasing financialization of the economy.

In early July, EU published an interim report on Sustainable Finance, which summarizes the results and policy options developed by a High-Level Expert Group (HLEG) established by the Commission to work on the European strategy on sustainable finance. A week later a public hearing was conducted to allow experts and stakeholders to give feedback on their work and as a result politicians, investors, academics, and bankers gathered in the European Commission to give their own input towards finalizing the report.

The interim report and key speeches in the public hearing

The dual imperative of EU’s strategy towards a sustainable financial system is to strengthen financial stability by incorporating sustainability aspects in the core of EU’s regulatory and financial framework and to fund society’s long-term needs accelerating the shift to a low-carbon and resource-efficient economy.

In order the latter to be achieved, the HLEG suggested EU and member-states develop strategies that would mobilize private capital, to agree on a common classification system for sustainable finance, and to create new sustainable financial products, like bonds and loans (see Box 1).

However, the former is a rather more complex issue. Financial markets, after all, are driven by the pursuit of profit without environmental or social considerations. A major challenge would be to deal with the mismatch of time horizons, meaning that financial institutions prioritize short-term performance, whereas sustainability challenges require long-term financial engagement.

In integrating sustainability into the financial system and consequently lengthen the time-horizon of financial investments, the interim report arrayed a number of instruments and regulations, such as the disclosure, fiduciary duty, corporate governance, benchmarks, and accounting frameworks (see Box 2).

The interim report begins with a vision of a sustainable financial system, continues with key challenges that need to be addressed, provides detailed analysis on ways to integrate sustainability into the EU’s regulatory policy frameworks, examines the role of the financial system and participants, then explores measures to mobilize more capital flows towards sustainability, and finally gives a number of early recommendations and policy areas for consideration.

While financial institution representatives, policy-makers, and academics were failing to see the forest for the trees in discussing the above issues in the public hearing, Professor Kay’s speech cut to the pith of the challenges that the financial system is facing. Being thoroughly conversant with the long economic history, Kay demonstrated that the growth in the financial sector is characterized by growth in intermediation which has increasingly divorced the financial markets from the real economy, and thus, he argued, financial markets are a part of the problem rather than of the solution.

The elephant in the room

Indeed, what we see since the 1980’s is a profound financialization of the global economy that is manifested in the disproportionate growth in scale and economic power of financial institutions compared to the industrial sector, the increased trading of financial products, and its greater pervasiveness in the productive economy. The financialization of the economy has both direct socioeconomic implications as much as environmental, constituting an indicative example of the complex nexus between society, economy, and environment.

The most prevalent outcome of financialization is that more and more capital is circulated within the financial sector, leaving less capital available for investments in renewable energy production, in green infrastructure and transportation. Moreover, essential investments needed to enhance social capital, like in education and Research and Development, cannot be realized since financial capital is trapped in the vicious cycle of making money from money.

On top of that, one of the features of financialization is that the financial sector is characterized by a relatively small number of very large institutions, which, coupled with the increased trade of financial products, creates brittle economies that are prone to recessions and financial crises.

When crises erupt, history has shown that policies with environmental and social considerations become marginalized. This goes hand in hand with the rigid income inequalities that financialization generates, which reduces social cohesion and prevents people from meeting their basic needs.

In addition, as FESSUD (2014)[1] demonstrated, financialization of commodities significantly contribute to price shocks, which in essential commodities such as food, energy, and metals leads to devastating consequences for the income, livelihoods, and environment of local people.

Why we need a sustainable financial system

The bottom line of all the above is that the increasing financialization of the global economy hinders the success of any measure taken to shift the financial sector closer to sustainability and that its bridle should be at the core of every strategy that aims at doing that.

To be clear, with the appropriate incentives and the instruments arrayed in the interim report, markets will most likely decide to channel some of their capital towards environmentally and socially desirable projects. But this would be far from building a sustainable financial sector since the current financial system amplifies sustainability-related problems if not creating new ones.

However, we need a sustainable financial system ultimately because, according to the interim report there is a gap of €177 billion per year for EU to address the investment needs to combat climate change and this does not include investments in adaptation and in tackling other pressing environmental problems, like biodiversity loss, land conversion, pollution etc.

This would come with a great deal of intervention in the financial system that would transform the financial sector into the servant of the real economy, prohibit speculation and too big to fail banks, and give a clear direction to financial institutions to fund what society needs.

There are myriad of regulatory and financial instruments that could be employed to achieve that, but the question is who has the political will to bring them to the table.