Gender parity in governments: Can we force it? 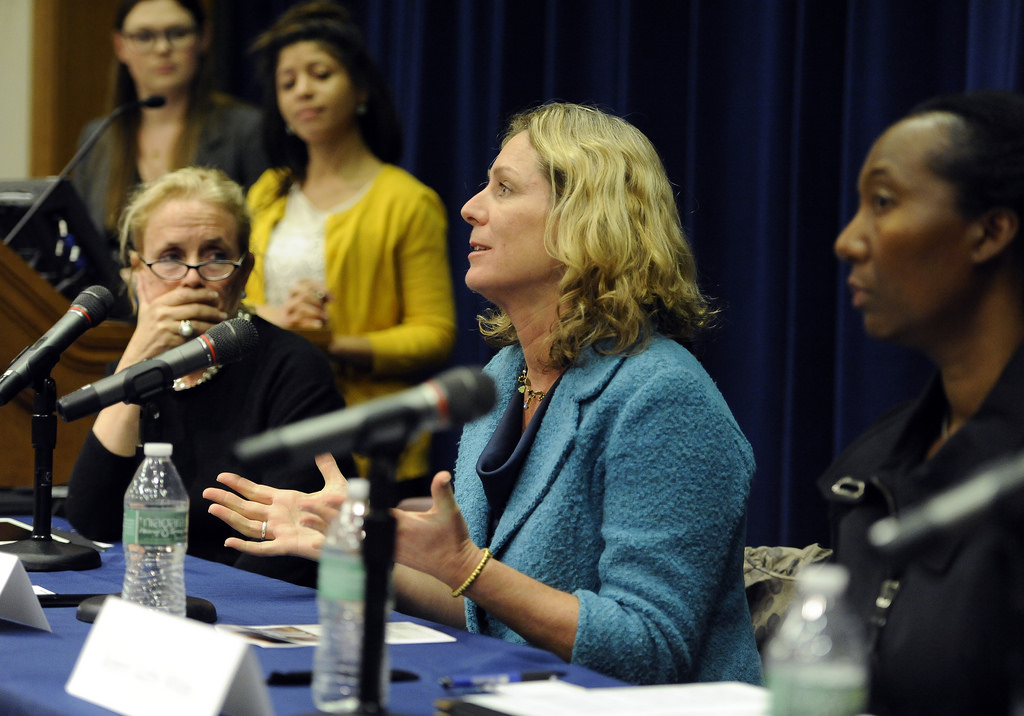 In 2015, Prime Minister of Canada, Justin Trudeau, gave Canada its first cabinet made up of an equal number of men and women. When asked about the reason for his gender parity promise, he simply answered: “Because it’s 2015.”

He added that it was important for Canada to have a cabinet that looked like the country it represented. Straightforward (isn’t it?). If the entire world is made up of approximately 50% males and 50% females, then why is it that countries all around the world are hesitant to appoint women to positions of power in government? The answer- apart from a multitude of other reasons that have been enumerated and published over the years – is likely that it’s always been this way.

In 2017, the Inter-Parliamentary Union released data indicating that 23% of members of parliament are women;18% of government ministers are women; and 5% of national leaders are women. In Toril Skard’s book entitled Women of Power (2015), the author points out that in all countries of the world, except North Africa and the Middle East, women rarely rise to power, and that they are more likely to do so in developed nations (twice more likely) than in developing or third world countries. Skard adds that in order to succeed, most of the female top leaders have had to possess extraordinary qualifications, including extensive education and professional careers; she also believes that the great majority of those women rise to power in established or emerging democracies.

This year, The Women in Politics 2017 Map was released during the UN’s annual Commission on the Status of Women in New York. The map showed that the number of countries with a female head of state or government had dropped from 19 in 2015 to 17 in 2017. It also showed that in Asia, women hold a mere 11 per cent of ministerial posts. Africa’s stats have declined after years of steady growth with around 19.7 per cent of the region’s ministerial posts being held by women. In Europe, the total percentage on women in government to date is 22.5 per cent. Statistics also point to the fact that globally, the overall number of women ministers has stagnated since 2015, remaining at around 18 per cent. UN Women executive director Phumzile Mlambo-Ngcuka believes that if progress continues at “this excruciatingly slow” rate, it would take 50 years to reach gender parity!

It is a fact that countries that have made it their goal to include women in government have succeeded in doing so. Countries such as Bulgaria, France, Nicaragua, Sweden and Canada that have committed to increasing the number of women in politics have ended up with more than 50% of women taking up ministerial positions. Other countries have passed laws mandating a certain number of women to be in power in order to ensure that it is done. In 2011, Morocco was one of those countries when it enacted Law 59-11 doubling women’s reserved parliament seats from 30 out of 325 seats to 60 out of 395 seats. In 2012, Algeria also enacted Law 12-03, requiring political parties to include female candidates on their party lists, with higher quotas set for larger constituencies resulting in the percentage of women’s presence in the Algerian parliament increasing from 7.7 percent in 2007 to 31.6 percent in 2012. Tunisia, a country that has been a pioneer for women’s rights since its independence, promoted in its 2014 constitution equal political representation by introducing a gender parity clause that stipulated electoral lists alternate male and female candidates. However, I, along with Chris Hamlin, am skeptical about merely implementing a gender quota, and question whether the mere visibility of women in government truly empowers them to make changes in the long run.

It is said that countries with increased women’s participation and leadership in politics tend to be more inclusive, responsive, egalitarian, and democratic. Evidence also shows that female leaders will usually show and possess more compassion and empathy, and a more open and inclusive negotiation style than their male counterparts (though not necessarily true of all women). Also, nations with limited resources tend to have varying spending or budgeting policies where women are decision makers because women tend to have a different perspective and outlook on a range of issues including (but not limited to) parental leave, child care, and equal pay. The latter, for example, if pushed to the forefront of a political agenda is likely to increase women’s overall participation in a country’s workforce, leading to a stronger economy. A study in Canada showed that women have also had a clear impact on “policy, programs and operations such as in fisheries, the automotive industry, national security, natural resources, the environment, science, human resources and international relations.” This impact was not only a result of women’s participation in policy-making but also their leadership style.

What can governments do to increase the number of women participation? They can start by ensuring that women are, very early on, afforded an education which allows them to take on these positions. They can also- along with placing a gender quota- ensure that women are well trained and capable of taking on these roles. Women, on their part, need to challenge the status quo calling for women’s economic, political, and social empowerment. They can organize protests, join online communities, or simply spread the word about their lack of representation.

The very best thing women can do? Run.