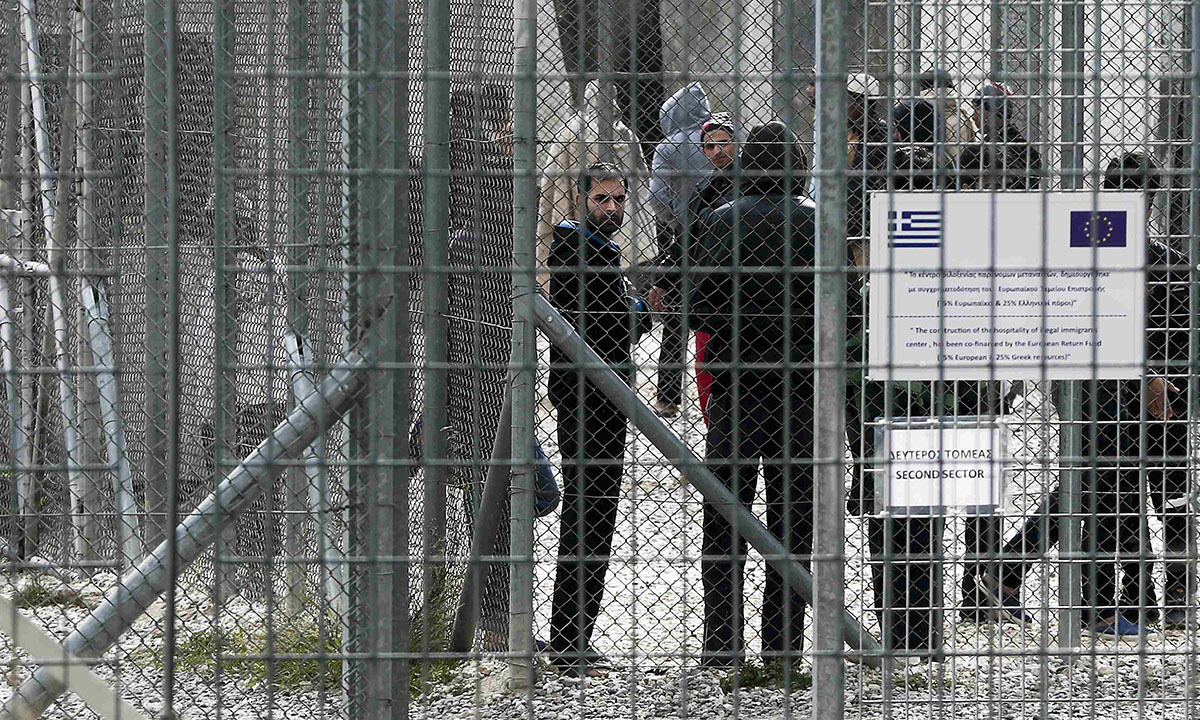 On 20th February, 21-year-old Mohammed Camara, a native from Guinea, died in the detention center of Amygdaleza, Athens. Mohammed died due to diabetes after not receiving necessary treatment or adequate food. This is not the first death in the Amygdaleza detention center. Since the new government led by Syriza took office on January 27th, there has been one death of a migrant in detention each week. The situation is desperate and a new policy is urgently needed.

The Amygdaleza detention center currently hosts approximately 1,800 of Greece’s estimated 6,000 imprisoned immigrants. Greece has, in recent years, undoubtedly become the main point of entry into the European Union due to tighter controls elsewhere across the EU’s Mediterranean frontiers. About 90 percent of the EU’s undocumented migrants, amounting to about 130,000, cross into the 28-member bloc through Greece each year.

In the absence of any migration policy or strategy, the use of systematic and indefinite detention formally became Greece’s priority last year when the former government announced that “Our aim is that every illegal migrant, unless the competent authorities decide that he is entitled to international protection, will be detained until he is returned to his home country”.

The introduction of indiscriminate and indefinite detention into the Greek legal order were among the most radical changes the former government did with an obvious inability to tackle the problem and develop a migration policy. The detention of irregular migrants has been both widespread and marked by a growing trend to circumvent the maximum allowed period. As a result, Greece was repeatedly convicted by the European Court of Human Rights, both with regards to the conditions of detention and the arbitrariness and automatic manner in which migrants were deprived of their liberty. Nonetheless, Greece upheld its detention policy; it carried out a series of legislative amendments, in order to ‘legalise’ its practices, in line with a toughening policy towards irregular migrants followed by other Member States.

However, Greece’s indiscriminate detention policy cannot be legitimate. First, from the perspective of international human rights law, detaining an irregular migrant in the context of removal processes is considered a particularly harsh measure, only exceptionally allowed and under very specific requirements. It violates international human rights law which requires respect for the inherent dignity of the human person; guarantees the right to due process of law; and prohibits arbitrary detention. Second, detention has also proven to be a particularly costly enterprise. It exceeds Greece’s current budget. The average cost of detaining an irregular immigrant in Greece is 16 euros/ per day. Detention costs Greece and the EU a minimum of EUR 28,713,600 per year.

So what happens for the time being in Greece is in simple terms an inadequate response to irregular migration that both costs the Greek citizen a fortune and causes deaths and humiliation of the person. Syriza seems to have acknowledged the fact. In a response to the desperation and the recent suicide committed by 28-year-old Mohammed Nadim, who came from Pakistan and had been held in the center for 25 months, Syriza announced the closing down of the detention centers. Mohammed’s suicide, who used a towel to hang himself from his bunk bed, sparked a wave of protests and riots inside the Amygdaleza detention center. After the riots took place, Syriza freed 18 migrants from Amygdaleza.

But is that enough? Is this a beginning of a new policy that recognizes irregular migrants’ rights or is it merely a reaction to an incident to ease the situation? Things often don’t get better once migrants are out of detention. If released, migrants, including unaccompanied minors, are left to survive on their own and often end up homeless. In 2012, the Guardian reported that there were around 5,000 migrants living in an estimated 500 abandoned buildings, most of which were deemed unfit for human habitation.

Uncontrolled and arbitrary release is not a solution. It’s time for Greece to develop a holistic migration and asylum policy that corresponds to the irregular migration flows that Greece is facing, respects human dignity and the international human rights law. A policy that would reduce the human cost of migration and would respect asylees rights.

The new government has a big challenge to face. The establishment of the new Ministry of Migration is already a first step. But we shall not forget that in the Greek recent history the creation of ministries and organizations has been a fashionable political trend and this time reality and the current circumstances call for a change in policy; its urgent formulation and implementation.