History replaying: Greece and the policy of settling refugees 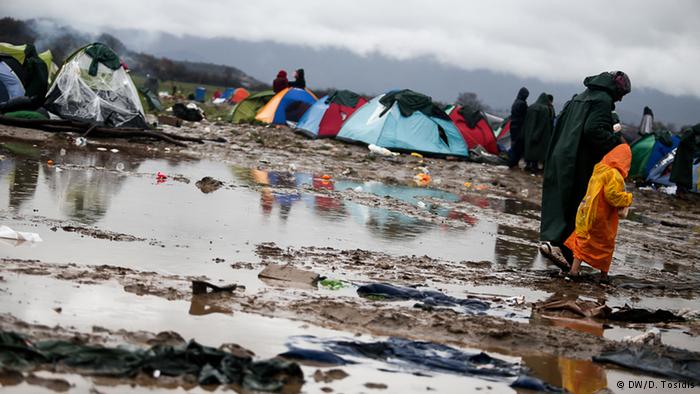 The refugee crisis is certainly not only a Greek problem, although  direct consequences affect it as the host country. The host country has to apply policies in order to settle and provide with all the necessary the refugees from the first moment of their arrival. But does Greece have to act for the whole of Europe alone?

We are living through the times of the worst crisis of forced displacement since World War II. In 2010, some 10,000 people worldwide fled their homes every day, on average. Which sounds like a lot — until you consider that four years later, that number had quadrupled.

The daily number of refugees arriving to Greek islands in 2015 and 2016, hoping that they will use Greece as a corridor to Western or Northern Europe, has been over 1,000. However, the European policy resulted in the blockage of 54,000 refugees in Greece. Greece became a “warehouse of souls” waiting for the European countries to take responsibility.

The migration and refugee policy of the Greek state is tested as well as its capabilities to serve urgent conditions effectively. Certainly, there is an imbalance between the state’s ability and capacity to respond in this humanitarian crisis and the society’s positive reaction and willingness to help. What about the reaction or support from the EU or its member states? Europeans have come to realize quite painfully, that the mass exodus from collapsed countries like Syria is not just a Middle Eastern or African problem; it’s also a European problem. It affects us all. Unfortunately, as a reaction, European countries started closing their boarders, some of them using as an official claim “the protection” of their countries from an unknown Muslim threat. By shutting the door to refugees, they forced cash-drained Greece alone to tackle the refugee issue for the whole Europe.

It was hard for many in Europe to realise that when people are driven out of their homes by violence, poverty and instability, they take themselves and their despair elsewhere. And “elsewhere” can be anywhere. An “anywhere” space was Idomeni camp in the northern Greek boarders. Thousands of refugees were displaced there for several months exposed to the weather conditions. Last week the Greek authorities decided the evacuation of the refugee camp and the transfer of the refugees in old factories and abandoned state’s buildings in the broader area of Thessaloniki.

The new warehouses are said to not have even the basics: water, electricity and proper toilet facilities. Having decided the transfer of the refugees into safer places, it seems that Greek authorities have not taken enough care to secure decent living conditions. There was no program to have everything in place before their transfer, nor after it.  This shows the lack of capacity that Greek authorities have in dealing alone with this complex issue and the urgency of the need for help from international and European side.

During last six years Greece has had to confront so many internal problems – after the country’s economic wreck and the daily protests against the implementation of austerity measures. Poverty levels have reached a peak and thousands of Greeks are relying on government help in order to have something to eat every day. In that sense it is understandable why a small number of Greeks is fed up with the claims for refugee support, since thousands of natives do not have financial aid and end up homeless in the streets. Fortunately, the largest part of the population show understanding and try to help the refugees by providing food and clothes and in some cases even their houses to sleep. Also, there are other camps in Greece’s mainland which offer ever childcare and WiFi in order to cover the refugees’ needs. The Greek society has shown its willingness to help regardless of its grim situation.

It is not the first time in its approximately 185 years of state history that Greece has to face a refugee crisis and confront urgent settlement needs. In 1922 Greece had to accept and settle almost 1.5 million refugees from Asia Minor after a traumatic war.

Considering that the native population at this period was slightly over 5.5 million, the number of refugees to be settled was more than excessive for a small and weak nation to handle. The good will of the natives played an important role at this time too. The Greek state after huge efforts of internal lending, sought help from the newly established “League of Nations” – United Nations today. European countries were observing this humanitarian crisis by expressing their sympathy. Surprisingly, as humanitarian crisis policies barely existed in the early 20th century, League of Nations supported Greece to issue an international settlement loan of 12,5 million sterling with 7% interest rate, as a way to solve the refugee problem.

Like now, Greece then had no choice. The similarities with the current affairs and especially with the “observing” policy that many European countries continue to follow are many. Most significantly, Greece’s economic situation in both cases is powerless but it has to cope with all the social and economic conditions in order to support the people in need. In all respects, history is replaying…