How can we avoid another Orlando? 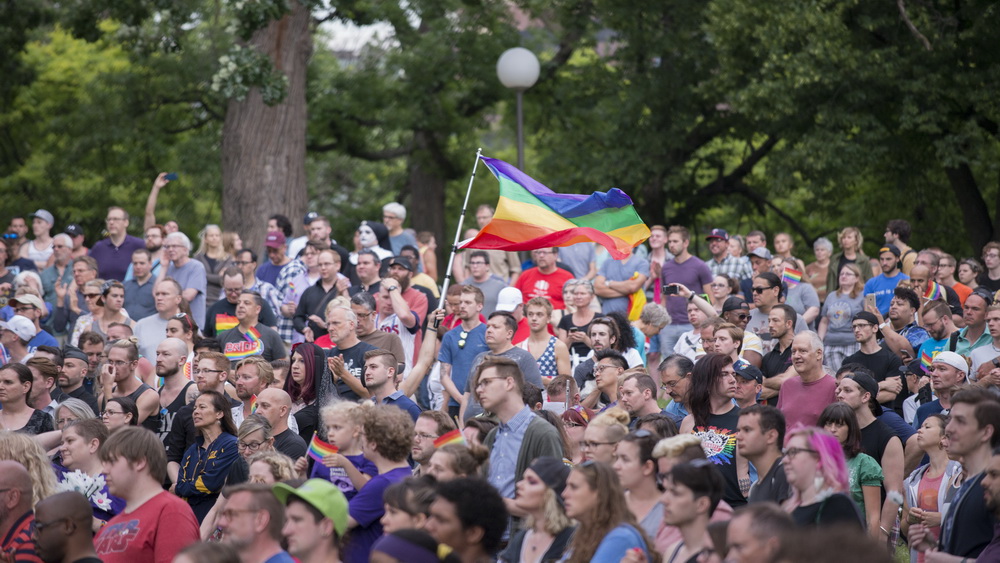 Reading about the events in Orlando a few months back was like reading a script from a horror tale. It had all the dark elements hovering around and shrouding the setting. A typical night-time event, a solitary gun wielding delusional character and the spillage of blood. It was both the deadliest mass shooting by a single gunman and the deadliest incident of violence against LGBT people in U.S. history, as well as the deadliest terrorist attack in the U.S. since the September 11 attacks in 2001.

Tears might have dried, the city and the country may be moving on after the drastic events of that fateful day on 12 June,2016 but we should never forget. For the sake of the victims we need to ensure we avoid a repeat of another Orlando. This sounds a lot easier than done.

The problem with acts of violence is that they are self-perpetuating and recursive. Only by realising present flaws can we avoid future recurrences of the said devious acts. Others may wonder how something that occurred in a gay night club in America should be of concern to us. The point is we may live in different countries, have different value systems, worship differently, speak differently and act differently but we have a common denominator: We are all human. We are human first and American later, Human first gay, lesbian, straight, transgender, queer later. Human first, Moslem, Christian, Atheist, Pentecostal later. Thus we are all the same, though different. So me and you are duty bound to ensure that we create a world where tolerance is the norm rather than the exception.

Recently, Pope Francis highlighted the need of the church to apologise to the gay community. This is a groundbreaking assertion that the church has aided in the marginalisation of the gay community by producing semi-gods who are judgemental and believe they are holier than thou because their beliefs differ from those of others. So typically anyone who subscribes to a different doctrine than theirs is evil. This has been part of the main reason there has been widespread sceptism and rebuttal towards LGBTs from churchgoers. It’s about time the people of this world stop judging people because they sin differently from them.  The message we should all be preaching is that of love, love for one another regardless of different sexual orientation.

There is also a need for continuous awareness raising about LGBT rights so as to ensure we are all on the same page when it comes to appreciating the struggles and challenges these people face in their daily lives. Being African and dwelling from a predominantly “conservative” society I understand how difficult it is even in 2016 for the gay community to have equal treatment at the hands of society.  The reason that are cited from the African context are that it’s not within our culture and/or this is a western construction. However, the historical roots of homosexuality in Africa can be traced as far back to the pre-colonial era. The issue of it being a cultural issue is vague because culture is a social construct and thus the same way that the society socially constructed and labelled LGBTs they can recreate a society that celebrates same love and aid in the protection of LGBTs people and their inalienable rights.

Tackling homophobia in elementary and primary schools is also key in addressing the perceptions the general population may have towards LGBTs. This is significant because this is the crucial stage in the social learning process where young children develop an understanding of the world around them. As they develop language it was noted that homophobic language and phrases like “that’s so gay” and “you’re so gay” are so ingrained to children at this stage. If they could be taught on being tolerant towards people of different sexual orientations at this level, then this will be a positive step in alleviating hate and negative perceptions towards LGBTs.

Article 14 of the European Convention on Human Rights clearly stipulates that “The enjoyment of the rights and freedoms set forth in [the] Convention shall be secured without discrimination on any ground such as sex, race, colour, language, religion, political or other opinion, national or social origin, association with a national minority, property, birth or other status.” This clause elucidates that discrimination of any sort cannot be tolerated. Thus it is essential for the USA to criminalise discrimination based on sexual orientation. This will serve as a deterrent to would be homophobes since they will know that name calling, labelling and bullying LGBTs will warrant a penalty. This is the only language that homophobes seem to understand thus making it criminal to discriminate on the basis of sexual orientation will reduce cases of sexual violence and hate towards LGBTs.

The answer therefore in avoiding another Orlando lies in appreciating that there is no place in this world for discrimination of any kind. There is also no place in the world for discrimination based on sexual orientation. If you did not pull the trigger on the Orlando victims but are homophobic you are equally guilty for the abuse and discrimination LGBTs still face in today`s world. You are murdering them in your heart and instead of spreading animosity towards them why not have a paradoxical shift and spread love instead and see if the world does not become a better place. In the words of the great statesman Barack Obama; “When you start treating people differently not because of any harm they are doing to anybody, but because they are different, that’s the path whereby freedoms begin to erode.”