Human Rights: None of your business? 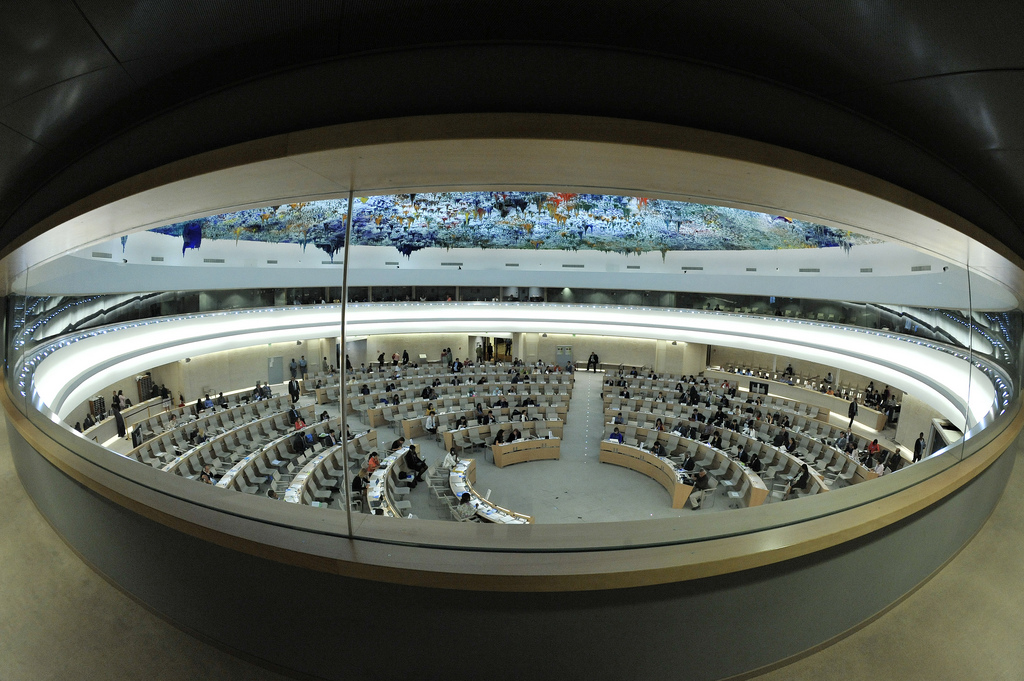 Have you heard of the latest steps towards an International Treaty on Business and Human Rights?

The second session of the open-ended intergovernmental working group on transnational corporations and other business enterprises with respect to Human Rights just took place from 24-28 October 2016. The mandate established in the resolution 26/9  of the 26th session of the Human Rights Council in 2014 is to elaborate a legally binding instrument to regulate the activities of transnational corporations and other business enterprises in respect to International Human Rights Law. The resolution passed with 20 to 14 votes and 13 abstentions and all EU members present (Austria, Czech Republic, France, Estonia, Germany, Romania and UK) as well as the US voted against it.

There are countless cases in which Transnational Companies (TNCs) have allegedly violated the environment, labour and Human Rights of groups of people all over the world without having been held accountable. The lack of legal structures for international prosecution brings impunity which is certainly not a deserved reward for such actions. A common universal standard is needed – an international Treaty regulating the protection of Human Rights by business. Although not a new idea it has never been implemented and the time has come to move towards it.

Relying mainly on nationally based law enforcement to protect and remedy such HR abuses is rather challenging for single states given the transnational character of the companies in question. Court actions are impeded due to the cross border operation of TNCs and there are challenges regarding jurisdiction, lack of access to information and witnesses, lack of financial resources available (some companies have greater financial means than entire states) or the “corporate veil”. Also, the rights of TNCs and the rights of citizens are not balanced.  While the first have access to special justice systems as the Investor courts (ISDS) there is no similar mechanism for the parties potentially damaged by these companies.

As a response to lack of accountability worldwide Peoples’ Assemblies and International Civil Society Tribunals have taken their own actions throughout years in different areas – a recent such move being the trial of TNC Monsanto charged for crimes against humanity and for ecocide.  These trials do have impact by generating more public awareness. On the other hand, they do not have the actual capacity to effectively protect and remedy situations of individuals or groups of victims, reason for which international binding instruments are essential.

The US and EU officials stated in 2014 that the introduction of such a Treaty would pose a threat to the consensus reached with the UN Guiding Principles on Business and Human Rights and consequently voted against the establishment of the working group. These guidelines are a set of recommendations accepted by all governments on the responsibility of corporations in complying with Human Rights standards and, as such, they are voluntary and non-binding. The Treaty does not invalidate the implementation of the principles and both options can be perfectly complementary.

In March 2015, the EU Parliament explicitly called upon the EU and its member states to engage in the debate on the legally binding treaty. Nevertheless, the EU was not actively involved and showed some absence in the meetings of working group’s first session in July 2015. Several civil society groups and organizations have asked for its more active engagement, namely the Treaty Alliance – alliance of networks and campaign groups in support of the binding instrument.  A petition to the EC President and EU foreign Ministers was launched by WeMove.eu to call for the active participation of the Union representatives in the 2nd session of the working group.

Thanks to the live streaming of the meetings by the UN Web TV, it was possible to follow the second session of the working group online. Although having stressed the priority and importance of the UN Guiding Principles implementation, as well as NAPs and cross-border cooperation, the EU now joined the negotiations and voted in favour of the final report which was adopted per consensus ad referendum.

While the two first sessions where dedicated to the possible content, scope, nature and form of the treaty, the third session to be held in 2017 will mark the commencement of the negotiations on the elements for the draft of the legally binding instrument.

The work on the implementation of the UN Guiding principles does not invalidate the approval of a binding instrument, on the contrary, it reinforces the will to protect Human Rights from corporate abuses. The EU and the International Community shall therefore show active commitment to support, not only the implementation of UN Guide Principles, as also the introduction of a binding International Treaty. Human Rights are not and cannot be voluntary.